Marcus Kolga: Despite Huawei’s insistence that it will not compromise the privacy and security of Canadians, it would have no choice but to hand over Canadians' data if the Chinese government asked it to do so 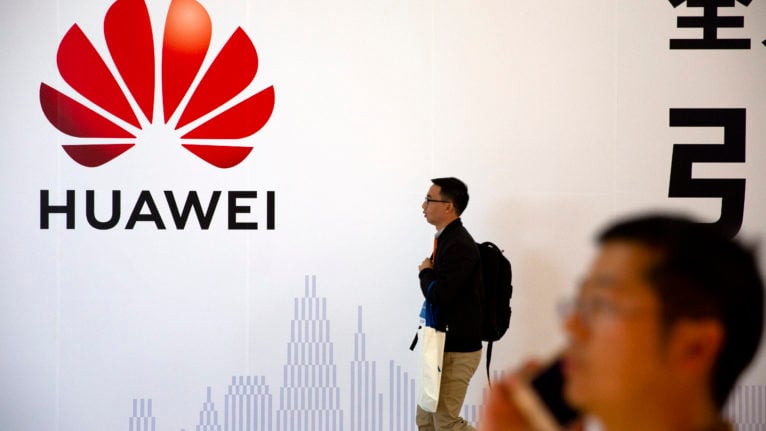 Huawei is starting to suffer as the Trump administration steps up efforts to slam the door on access to Western components and markets in a widening feud with Beijing over technology and security. (Mark Schiefelbein/AP/CP)

In mid-July,  Canada became the outlier among the Five Eyes intelligence sharing network when the United Kingdom announced they will join the U.S., Australia and New Zealand in banning Huawei technology from their 5G systems. The U.K. noted that they would remove any existing Huawei equipment by 2027.

For most Canadians, Huawei is a brand that simply represents cheap but usable mobile devices, which include many of the same bells and whistles of their more pricier competitors. Few Canadians are aware that the hardware and software that sends and receives data to their devices are also manufactured by Huawei. This includes every sort of data, such as emails, telephone calls, photos sent to family and friends, and those shared on social media; the kind that we share publicly and that which we presume is secure and requires complete privacy.

Western telecommunications companies that compete with Huawei, such as Erickson, Nokia, and Nortel (before its demise and before its systems were hacked and its intellectual property stolen and siphoned off by Chinese hackers), are governed by the rule of law. They are not absolutely beholden to their national governments, or any other. Not Huawei.

MORE: Inside the Canadian establishment’s fight with Trudeau over China

While Huawei’s cheap and cheery telecommunications products might seem attractive for Western consumers and companies, the real cost is high, whereby our privacy, safety, democracy and economies are at risk of being compromised.

The U.S.-led ban of Huawei products is not based on political calculations, as the Chinese government has repeatedly claimed, but the serious threat it poses to the security of every single person who uses the technology, including those here in Canada.

Of the national security risk represented by Huawei, former national security advisor Susan Rice had this to say to the CBC last year: “It’s hard for me to emphasize adequately without getting into classified terrain how serious it is.”

MORE: Canada was warned not to cozy up to Huawei and Beijing. Now here we are.

“It gives the Chinese the ability, if they choose to use it, to access all kinds of information. Civilian intelligence, military, that could be very, very compromising,” said Rice. “So as much as I disagree with the Trump administration on a number of things, on this I believe they are right.”

Huawei has already facilitated China’s repression by developing the backbone of the regime’s surveillance infrastructure, which has enabled the mass human rights abuses being undertaken in the Western region of Xinjiang, where over one million Uyghur minorities have either been imprisoned in so-called “re-education camps” or forced to work in factories across China.

Despite Huawei’s insistence that it will not compromise the privacy and security of Canadians, it would have no choice but to hand over Canadians’ data if the Chinese government asked it to do so. China’s National Intelligence Law states that “any organization or citizen shall support, assist and cooperate with the state intelligence work in accordance with the law”, and that it is illegal for an individual or organization to refuse such a request. As such, the security of the Canadian government, our businesses, organizations and every Canadian risks being exposed to Chinese government surveillance if Huawei is not banned.

That our allies might reconsider their intelligence sharing partnership with Canada is “not a risk, it’s a certainty,” says Liberal MP, and Chairman of the Standing Committee on Public Safety and National Security, John McKay. “If Huawei 5G gear is in any way part of Canada’s significant infrastructure, it’s more than a reasonable assumption that Canada will be looped out of significant elements of security and intelligence sharing, and for good reason. You can’t have a system where you know for a certainty that the Chinese company has an obligation to report back to the government in Beijing, on demand.”

Should Canada’s position within the Five Eyes network be jeopardized, McKay believes that “the security and intelligence loss for Canada would be incalculable.”

“The Liberal government’s ongoing procrastination and inability to make a decision on barring Huawei from our 5G network destroys our credibility with the most exclusive and capable intelligence sharing network in the world—the Five Eyes,” says Conservative critic for National Defence, MP James Bezan. “Unless Trudeau moves rapidly to ban Huawei, Canada’s cyber infrastructure will be vulnerable to hacking by the Chinese regime, and our trusted allies will consider Canada an unreliable partner that is incompetent to protect our own national security interests.”

In addition to Canada’s Five Eyes partners, the Czech Republic, Denmark, Estonia, Latvia, Poland, Romania and Sweden have all banned Huawei from their networks. Despite this, a Canadian ban on Huawei—supported by a growing number of MPs on both sides of the House—has been raised just once in cabinet, several months ago.

In the interest of national security, Canada has no choice, but to follow its allies, and announce a ban on Huawei 5G infrastructure technology and place a moratorium on the procurement of any other technology produced in China that could put Canadian national security at risk.