Justin Trudeau, my how you've changed

Andrew MacDougall: Justin Trudeau looks like the un-smart, un-serious man that so many of his political opponents have always insisted he is. 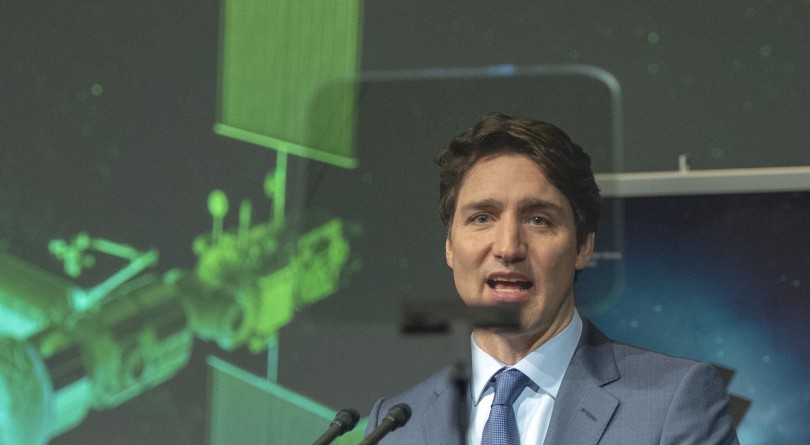 The SNC-Lavalin scandal has been battering your government for weeks. Your story keeps shifting. The usually docile media aren’t letting it rest. Even a thousand coordinated tweets about the positive impact of the Canada Child Benefit can’t change the channel.

You’ve been forced to accept the resignation of your good friend and top advisor, Gerry Butts, who showed himself the door despite doing absolutely nothing wrong on SNC. Your boy Buttsy jumped on the SNC grenade to spare others the damage.

Only Butts missed the grenade. Completely.

Even worse, Jody Wilson-Raybould—i.e. the grenade-launcher—is now before the Justice Committee. She’s (relatively) free to speak and she is letting loose. And now the shrapnel is everywhere, and everyone is bleeding.

It’s riveting testimony. The media are typing as if their lives depend on it. The cable guys are running the full hearing. And ordinary people are watching, because it’s not every day you see a member of a government strafe its leadership. Strafe you.

Only strafe isn’t the word. It’s more of a shiv. There is no emotion or hysteria. There is ice in Jody Wilson-Raybould’s veins and a steely determination as she coolly, calmly and credibly outlines the myriad ways your political and bureaucratic apparatus attempted to impress upon her independent mind the need to have another think on SNC, despite her repeated attempts to everyone—including you—that her thinking on the matter was all done.

And so you decide it’s time to fight back. Because the cast of fifth-rate clowns you sent to fill the Liberal seats at the justice committee certainly didn’t do any fighting back. They not only missed the grenades, they picked them up, played with them, and then didn’t even realize when they went off in their faces.

But that’s all right. You’re Justin Trudeau. Mr. Sunny Ways. Mr. Hope and Hard Work. You got this. So you wheel yourself out to ‘push back’ against Wilson-Raybould’s allegations.

Only you don’t push back.

You don’t counter Wilson-Raybould’s facts and recollections with any of your own. You don’t dispute what was said, even about your alleged direct personal involvement, other than to say you disagree with Wilson-Raybould’s “characterization” of events.

And you say all of this nothing in front of a carefully crafted human backdrop meant to demonstrate your love of youth and diversity. Except the youth look like they’re in a hostage video (they are). Your human backdrop even includes your new MP, Rachel Bendayan, who is standing over your shoulder tonight playing the role of Huma Abedin while you step all over your wiener.

There isn’t a hint of contrition, or even a speck of responsibility for letting things get this far. No acknowledgment that Wilson-Raybould has laid out a set of serious charges that require serious answers. Your focus remains political.

When you’re asked about Andrew Scheer’s call for your resignation over the seriousness of these allegations, you mumble something about Stephen Harper being a bad man and this coming election being about a choice, blithely assuming you’ll still be in function to see it out. And when you’re asked about Wilson-Raybould remaining in the Liberal caucus, you say you will have to review her full testimony—testimony you have already dismissed, by the way—before deciding her fate, when it really should be the other way around.

In other words, every move you make tonight makes you look like the un-smart, un-serious man that so many of your political opponents have always insisted you are.

But you can’t let that worry you.

Your only bet now is that you being you will be enough to see you through. If there is enough talk about evil Tories, or lost jobs, or Liberal values, then Canadians might just go back to sleep and wake up thinking you’re that wonderful man who promised to change everything in 2015.