Kristin Raworth: #MeToo can become a 'journey to change' 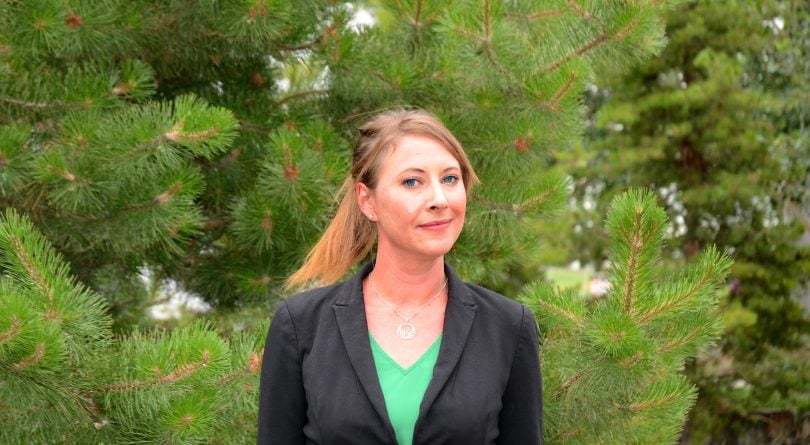 Kristin Raworth is a sexual violence survivor, an advocate for survivors in Alberta, and a civil servant. In January, she came forward with an accusation of sexual harassment against former federal cabinet minister Kent Hehr, prompting others to go public with their own allegations. Ms. Raworth says she was told by a member of the Prime Minister’s Office that her allegation was “deemed 100 per cent founded” by an independent investigation, the results of which were kept secret. Hehr said in a statement that “After a great deal of introspection, I have recognized that I have unintentionally put people in uncomfortable situations, and I sincerely apologize.”

I am many things. I am a daughter, a sister and an aunt. I am a public servant, with a strong interest in social and Indigenous issues facing Canadians. I am a rabid follower of politics in my province, country, and around the world, but hold no party’s card. I am a sexual assault survivor, and have used my voice and story to advocate on behalf of those who cannot—or are not ready to—speak.

That’s because, in late January—after a discussion with fellow former Alberta legislative staffers about our experiences with sexual harassment—I made the decision to use Twitter to share my #MeToo moment. “My first day working at the Alberta legislature I was told to avoid being in a elevator with Kent Hehr. He would make comments. He would make you feel unsafe,” I tweeted. “He made verbally sexually suggestive comments to all of us … In an elevator with me and only me said ‘you’re yummy’. ”

I did so with the hope it would contribute to a much-needed debate on sexual harassment and abuse in Canadian politics. But instead of contributing to a story, I became a story. It was not a position I wanted, nor was it one I was prepared for or comfortable with, and yet in the days that followed, I was endlessly harangued by media, faced constant vitriol on social media for speaking out, and had to involve the police after receiving a threat at my home.

One of the biggest criticisms I received was that word so frequently associated with this story—“yummy.” The loudest voices said that being called that in an elevator does not constitute harassment, that I should have taken it as a compliment, that I did not understand what it was to truly experience trauma and therefore should not be entering into the broader #MeToo conversation.

This always sat badly with me because I understand trauma far better than most.

Three years ago, one of my best friends sexually assaulted me.

After I disclosed the assault to the rest of my inner circle, they initially supported me. Sadly, that support quickly and completely disappeared. A month later, my friends posted a picture on Facebook with their arms around the man who assaulted me. I couldn’t have felt more alone.

When I later had an opportunity to get one of my female friends alone, I asked her to tell me the truth—either my friends didn’t believe me, or they didn’t care. She looked at me and she said, “they don’t believe you.” I asked her if she—one of my closest friends in the world and the one who had promised to stand by me after I told her about the assault—believed me. She started to cry. “I believe you, but I can’t lose my friends,” she said. We never spoke again.

This is what every sexual violence survivor fears—being disbelieved or dismissed after mustering the courage to disclose. The same is true of sexual harassment, and this is why too many people who have experienced harassment in their workplaces have felt forced to laugh off or ignore the behaviours of others rather than demand to be treated with the respect they deserve.

This is why all I felt was fear when I received a text message from the Prime Minister’s Office asking to speak to me because the investigation had concluded. I worried I would have to re-live the backlash all over again. I was fearful of the faceless strangers online who would never accept that someone in power commenting on the looks of a staffer constitutes harassment.

It is hard to imagine a more vulnerable position than every survivor or complainant awaiting a stranger’s verdict on your lived experience. Too often that experience is to be re-victimized by a system designed to protect you. I was warned to expect the worst and that this would play out as it has too many times for others in my shoes: High-profile man accused of harassment, he-said-she-said, and the less powerful person comes out losing.

Thankfully, that was not the case. I was told that the investigation backed me 100 per cent and that both a public and personal apology was to come. I was in such disbelief that I asked for the news to be repeated at least three times.

This was monumental: a voice making it clear that someone who abuses their position of authority or power to make someone uncomfortable by objectifying them, does constitute harassment.

My first call was to Deb Tomlinson, CEO of the Association of Alberta Sexual Assault Services. Deb is a woman who has mentored me, supported me and been a second mother to me since I disclosed to her my sexual assault. When I told her, she gasped. She took a moment to process the information, just as I had.

Our reaction was not solely because of the decision, but because of the apology. We both knew that every woman and man who did not yet feel ready to share their experiences of harassment or an assault would see someone in a position of power and authority apologize on national television for sexual harassment.

Deb’s last words to me were: “I cannot wait until this kind of justice isn’t a surprise.”

READ MORE: These women left politics because of harassment. Here’s how they’re fighting it now

The biggest critique of the #MeToo movement is the idea that it exists to destroy the lives of men accused of any of act of sexual harassment or violence. But the movement is actually about creating space for survivors’ voices, and about ensuring there are safe and welcoming places for everyone.

The #MeToo movement and our society need to create spaces not just for those who have experienced sexual violence and harassment, but for those who acknowledge their behaviour and who commit to change.

When I was 23, I was a researcher for an Indigenous non-profit agency in Alberta. To familiarize myself with the work of the agency, my boss handed me a cost-benefit analysis of the healing process used by a Hollow Water First Nations community in Manitoba.

The nation was a community rife with sexual violence. When the justice system was unsuccessful in ending the cycle of abuse, community members took matters into their own hands. Offenders were brought home to face justice in community healing and sentencing circles. Based on traditional practices, this approach reunited families and helped both victims and offenders begin the healing process.

At the time, I did not understand or appreciate that forgiveness was even possible for those who committed acts of sexual violence. My feelings on this subject were very binary—right and wrong, good and bad—and the idea of a community that could forgive, heal and welcome back people who had committed acts of sexual violence felt, at best, weak. At worst, it felt criminal.

I explained to my boss that I just did not understand how an apology or acknowledging the impact of sexual violence on survivors could even be a step to forgiveness. I felt forgiveness seemed too good for people who had hurt others. Hearing my words, a community elder stepped forward to me with words I carry to this day: “My girl, forgiveness is for those who have been hurt to begin their healing journey. Acknowledgement is for the person who did the hurting to begin their journey to change.”

It took me 13 years to truly understand what he meant.

READ MORE: If #TimesUp in Canadian politics, what must we do to make real change?

As a 23-year-old, I believed that you are either good or bad, but I now know the world we live in isn’t that simple. These acts aren’t committed by strangers. They are committed by people we love and respect. Often survivors disclose an assault by someone they love to someone who equally loves that person.

If the only societal response is to blacklist and banish, then we serve to further silence those who have been impacted by sexual violence and harassment. These voices have been silent for long enough. We need to encourage and support paths that allow those accused of non-criminal harassment to reach out and better themselves, and address the way they have hurt others.

Acknowledgement of behaviour and the impact it has on others is the first step towards changing how society deals with these issues.

When people you love or respect won’t acknowledge the impact of what they’ve done, it can be truly heartbreaking. After being sexually assaulted, I used to spend my days fantasizing about my assaulter and former friends being hurt in the way they made me hurt—or even just acknowledging what they did to me. For the people I loved to be sorry for what they did to me.

But the elder I met many years ago was right—hate and anger stopped me from healing. It gave me no closure.

The elder’s words echoed in my head: forgiveness is what you do for yourself.

You give yourself closure.

I have accepted Mr. Hehr’s apology and I take his acknowledgement as a commitment to change and to address the hurt he has caused.

This movement. This work. It is about healing and change. One cannot exist without the other.

I have chosen to forgive.

Our society is changing. We are becoming a world that will no longer allow harassment or abuse to be silenced, where we demand better of everyone around us. We are becoming a better place. And I hope as this movement continues, we will keep making room for those who have wronged others to make amends to and to seek a road to become better.

We cannot become an #AfterMeToo society without it.