Lessons from Throne Speeches past: Don't believe the hype

Tom Parkin: Far from a 'road map for government', past throne speeches from the PM have been packed with promises for things that never happened 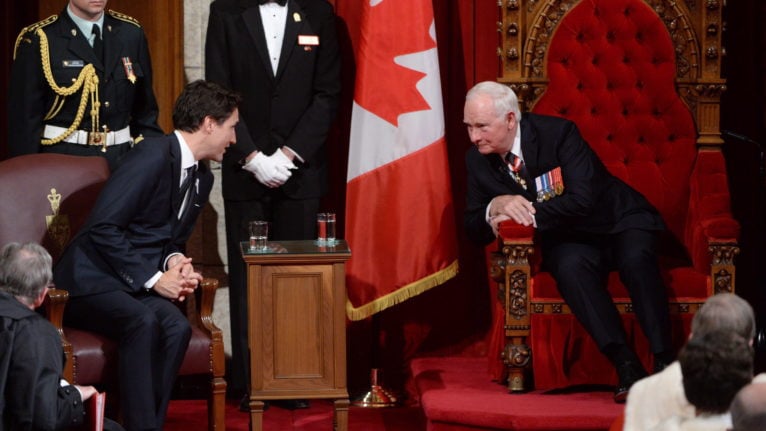 Prime Minister Justin Trudeau has pitched his upcoming Speech from the Throne as “a road map for our government for the coming years,” political framing that has mostly been uncritically repeated in media reports.

But even a quick review of Trudeau’s 2015 Throne Speech or the address his government wrote for the Governor General in 2019 provides plenty of evidence as to why they should not be framed this way. Far from being a road map for governing, Trudeau’s actions haven’t fulfilled his Throne Speech words.

The Liberals’ 2015 Throne Speech spoke of a new health accord with the provinces. But when provinces pushed back on the Liberals’ plan to adopt the transfer cuts proposed by the Stephen Harper government, the Liberals walked from the table, then negotiated 10 separate take-it-or-leave-it deals.

It promised that year’s election would be “the last federal election conducted under the first-past-the-post voting system.” It pledged to strengthen parliamentary committees—such as those investigating the WE scandal. An end to omnibus bills. And more free votes. None of this happened.

It pledged to “make post-secondary education more affordable” but tuition costs have continued to rise. It promised a stronger commitment to peacekeeping, but Canada’s peacekeeping today has fallen to the smallest role in more than 60 years.

In his 2015 Throne Speech Trudeau promised to strengthen Employment Insurance to help “all Canadians who need it.” Didn’t happen. And this year when the pandemic hit and millions lost their jobs, many Canadians had no EI protection, requiring the hastily created CERB.

And with incredible irony, we now have a new 2020 Throne Speech because Trudeau prorogued to avoid scrutiny of the WE scandal—despite a 2015 throne speech promise to “not resort to devices like prorogation…to avoid scrutiny.”

Accepting Trudeau’s “road map” framing is selling a falsehood to Canadians—that Trudeau is as good as his word and what is in the Throne Speech will actually happen.

And what is to happen to the words of the 2019 Throne Speech? Will they be reconfirmed? Or are they abandoned?

We will need to wait to see if next week Trudeau recommits to his 2019 Throne Speech pledge to implement the United Nations Declaration on the Rights of Indigenous Peoples before December of this year. Whether he will recommit to a 25 per cent cut to cell phone and wireless costs. To his promise of more affordable before- and after-school childcare. To ensuring Canada has no homeless veterans. Stopping his court action against Indigenous children hurt by the government’s discriminatory child welfare system and compensate them. And to implementing pharmacare, the “missing piece of universal health care in this country.”

Next week’s Throne Speech isn’t required to fight a pandemic and recession. It’s required because Justin Trudeau prorogued to shut down committees investigating his WE scandal. That move killed important legislation and delayed the urgent job of putting in place a social safety net for those suddenly without jobs.

Now Trudeau’s manoeuvre is to dare the opposition to vote non-confidence in his government over the words of his Throne Speech.

Opposition parties may want to consider that if Canadians have lost confidence in Trudeau it’s not because of a lack of good words. Opposition parties that want to earn the trust of Canadians might be right to let the words pass—then use this minority parliament to press hard to ensure that this time the rubber does indeed hit the road.