Michelle Cohen: The noose incident in Alberta highlights a deep-rooted culture of discrimination the profession has never properly acknowledged 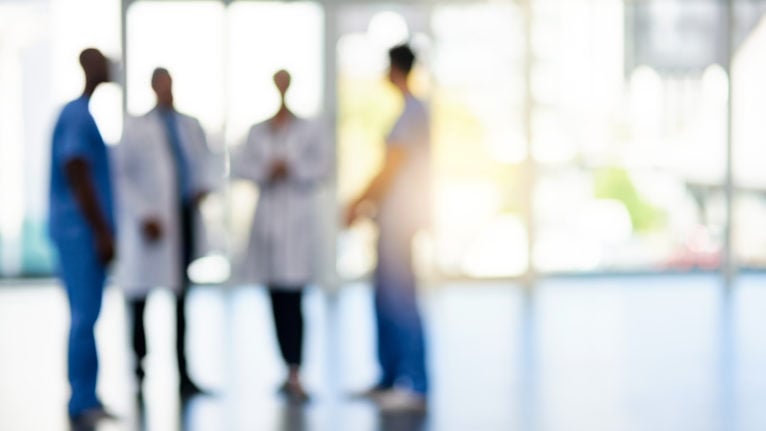 Dr. Michelle Cohen is a family physician and co-chair of the advocacy committee of Canadian Women in Medicine

A noose hung outside a Black doctor’s operating room in Grande Prairie, Alta.—revealed in news coverage last week—was reported almost immediately at the time to hospital administrators by startled bystanders. That was in 2016. Shortly thereafter, a photo of the noose made its way to Alberta’s medical regulator and eventually to the province’s health minister. Yet, according to multiple doctors who wrote complaints, nothing was done to discipline the perpetrator, a white surgeon whom colleagues say still held leadership positions after the incident.

Medicine has long been known to have problems with bullying and harassment. But this case is about more than a single physician’s misconduct; it’s about medical authorities overlooking racist abuse, which points to structural problems with both bullying and bigotry. Conversations on bigotry in medicine are rare, however, and this unwillingness to contend with the history and enduring nature of discrimination gives cover for bad behaviour.

Consider that over the course of 16 years, during tenures at two different Ontario hospitals, a head of emergency medicine exclusively hired male physicians and preferentially taught male trainees. Multiple complaints were made alleging bullying conduct and fraudulent billing, but it seems not much changed until a 2018 Globe and Mail article exposed the situation.

More recently, a physician-in-training in Newfoundland and Labrador made headlines by identifying himself on Twitter as an “Islamophobe,” while, in op-eds published last year in a Thunder Bay newspaper, he wrote disparagingly of his medical school’s Indigenous health curriculum and lamented the “sheer hopelessness and discord that define life” in the First Nations communities of northwestern Ontario. Coverage of the story prompted multiple physician groups (including my own) to write letters to medical authorities demanding accountability. His medical licence is no longer active, but the College of Physicians and Surgeons of Newfoundland and Labrador has not disclosed why.

RELATED: Ottawa keeps talking about how to define systemic racism

While three examples may seem like outliers, data point to a common problem in the profession. Studies on “disruptive physician behaviour” (defined as rude, bullying, violent or uncooperative conduct) estimate a rate of five per cent of doctors engage in it on a recurrent basis, while a 2011 physician survey found that 70 per cent reported disruptive events occurred at least monthly in their workplace. Among my colleagues, these anecdotes are ubiquitous—the surgeon throwing tools in the operating room, the physician screaming insults when woken overnight.

Guidelines for health-care organizations dealing with disruptive doctors advise a “tiered response” of corrective measures, starting with reaching out informally over coffee and leading to sanction or remediation if misconduct continues. If the behaviour persists or escalates, termination and notification of medical licensing authorities is considered.

By and large, these guidelines treat offending physicians as anomalous individuals, unexpected blights on otherwise tolerant organizations. This framing fails to recognize misconduct that reflects medicine’s own legacy of systemic bigotry. Bans and quotas restricting admission for women and racialized groups were common in Canadian medical schools well into the 1960s. And while the profession has evolved towards more contemporary values of diversity, Black and Indigenous people are still severely underrepresented.

Likewise, women have been matriculating into medicine in greater numbers than men for a quarter century, yet representation of women in medical leadership remains scarce, and rates of gender harassment are actually higher than in STEM professions with fewer women. A recent physician survey found 83 per cent of female respondents had experienced gender harassment from a colleague in the past year alone. High numbers of women in low power positions cannot undo the long tradition of macho posturing and intimidation at the heart of medical culture.

From a broader view, medicine’s history is littered with misogyny and structural violence against Black and Indigenous communities: in the American Tuskagee Study where Black men were deceived about receiving treatment for syphilis; in the coerced sterilization of Indigenous women in Canada, continuing until 2018 in some regions and in racist Canadian policies like “Indian hospitals” to treat tuberculosis.

All this is to say that a racist attack on a Black colleague or a sexist hiring policy aren’t isolated transgressions; they’re rooted in medicine’s foundational ideology of white supremacy and misogyny. And since discriminatory conduct towards patients makes headlines with distressing regularity, it’s imperative medicine that reconcile its bigoted past and not simply paper over it with declarations of equity and inclusion.

Other factors contribute to the perpetuation of bigotry, like the mythology of the “temperamental genius”, someone with exceptional medical skills and a prickly demeanour who’s too much of a maverick to follow anodyne codes of conduct. (This archetype has trickled down to pop culture—see Perry Cox from Scrubs or Gregory House from House) The temperamental genius’s work is celebrated as essential to the organization, creating strong pressure to wave away transgressions as harmless eccentricities. Add in abuse of power—buttressed by the rigid hierarchy of medical training—and you have a recipe for conduct that is hypocritically labelled “disruptive” while tacitly being supported.

For medicine to properly grapple with the roots of bigoted bullying, it must start by learning its own unvarnished history of oppression. Queen’s University is an example of a medical institution starting to account for an ugly past. After decades of lying about a 1918 ban on Black students, the school finally came clean about the original reason for the ban—to curry favour with white supremacist donors. In 2019, Queen’s began teaching its own medical students this history, an important step in reconciliation.

A wealth of relevant history remains untaught. I was several years out of school and had used a vaginal speculum thousands of times before I learned of its horrific origins. And that lesson didn’t come from a medical institution but from a lay press article on the controversy surrounding monuments to the speculum’s founder, Dr. J. Marion Sims. He’s known as the “father of modern gynecology” for procedures and tools he developed in the 19th century via surgical experimentation on enslaved Black women. Sims thought it unnecessary to use anesthetic, since medicine’s view was that Black people didn’t feel pain. Here in the 21st century, research on health-care discrimination shows persistence of the idea that Black people feel less pain, demonstrating the importance of using history to uproot biases that dehumanize and harm Black patients.

Beyond familiarity with its own history, medicine must also take proactive steps to address bigotry. This means more transparency from the medical licensing bodies who discipline disruptive doctors. We need to know how often bigoted comments or behaviours are involved in misconduct, as well as what penalties are handed out and how often recidivism occurs. This data could inform anti-oppression training and other work on equity and inclusion in the profession.

Medicine’s failure to reconcile its own history, coupled with a tendency to venerate powerful white men, creates a culture hostile to marginalized groups yet indulgent of their abusers. Without an honest accounting of medicine’s bigoted past and a transparent analysis of current misconduct, we won’t see an end to disruptive doctors weaponizing that not-so-hidden culture against colleagues and patients. The onus is on medical authorities to deepen the discussion on disruptive behaviour and on the medical community to demand self-awareness and accountability from our leadership.