Paul Wells: It's possible to admire Bob Rae's contribution to Canadian public life and, at the same time, to notice that other countries normally send people with far more diplomatic experience to the UN 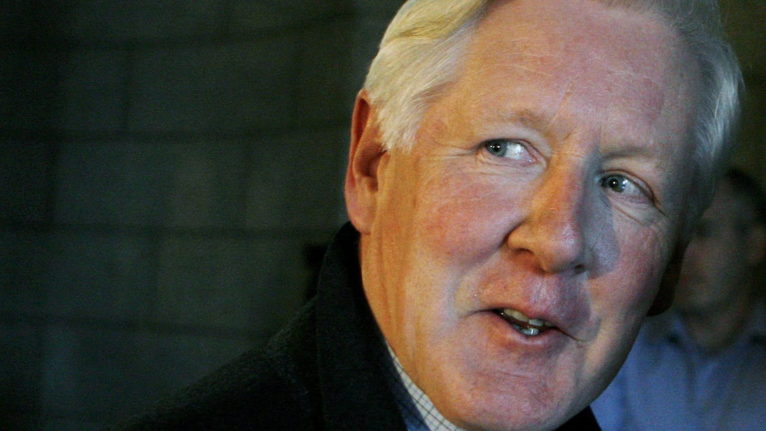 Bob Rae looks back at the media as he leaves the Liberal caucus meeting on Parliament Hill in Ottawa on Thursday Oct. 23, 2008. (Sean Kilpatrick/CP)

Today, Prime Minister Justin Trudeau announced Bob Rae will be Canada’s next ambassador to the United Nations. The appointment picks up a gauntlet Toronto Star columnist Tim Harper threw down in February 2016, when, surveying the hundreds of files on which the new Trudeau government was making a great show of busy-ness, Tim wondered why Bob Rae hadn’t been handed an appointment. The former Ontario premier, interim federal Liberal leader between Michael Ignatieff and Trudeau, had “let it be known through associates he would have welcomed the chance to represent this government in Washington or at the United Nations,” Tim wrote.

And now it has come to pass. That it took four years makes me wonder whether Rae applied for his new gig through the access-to-information laws. Bit of an inside joke there. But now it falls to Rae to demonstrate that Canada takes the United Nations seriously, and as is often the case, Canada is doing this by sending a gifted deliverer of impromptu remarks with cast-iron Liberal credentials.

I like Bob Rae! And as today’s news release pointed out, he has done UN-adjacent things. “Mr. Rae brings a wealth of experience to the role, most recently serving as Canada’s Special Envoy on Humanitarian and Refugee Issues, building on his earlier work as Canada’s Special Envoy to Myanmar.” The humanitarian and refugee gig started four months ago, a week before most international travel ended, and it culminated in Canada’s record on humanitarian and refugee issues being recognized with a historic third-place finish in a race for two Security Council seats. The Myanmar gig started in a September, ended the following April, and I offer no criticism of it.

Here are some of the people Rae will work with in New York. France’s UN ambassador, Nicolas de Rivière, is 15 years younger than Rae and is a foreign-service lifer who was a senior advisor to two French foreign ministers before beginning his first five-year tour of duty at France’s UN, a stint which culminated with two years as Deputy to the then-ambassador.

On to Italy. Mariangela Zappia is 11 years younger than Rae and joined Italy’s foreign service seven years before he was elected premier of Ontario. She was—stop me if you’ve heard this one—deputy to a previous Italian ambassador to the UN for three years and was, herself, a head of mission to the UN, although it was the European Union’s mission to the world organization’s second headquarters in Geneva, from 2007 to 2011.

Japan’s permanent representative to the UN, Kimihiro Ishikane, will be a familiar face to many in Ottawa, as he was Japan’s ambassador here from 2017 to last autumn. Ishikane is 10 years younger than Rae and had, I am sorry to say, never served as deputy to any Japanese ambassador to the UN, though he was previously spotted serving as executive assistant to a Japanese prime minister and as deputy minister of foreign affairs.

The European Union has a new ambassador to the UN, Olof Skoog, who is 14 years younger than Rae and who has already headed a diplomatic mission to the UN: his term as Sweden’s UN ambassador coincided with (sigh) Sweden’s two-year stint as a non-permanent member of the Security Council, in 2017 and 2018.

Christoph Heusgen is Germany’s UN ambassador. He’s seven years younger than Rae and has been in the German foreign service since it was the West German foreign service and Jimmy Carter was the U.S. president. Before that he did a million things, but most recently he was Angela Merkel’s longest-serving and reputedly her most influential foreign-policy advisor.

When Allan Rock became Canada’s ambassador to the UN in early 2004, I followed Rock’s work there for a while. It’s an infernally complex place. The rule book is as thick as the Manhattan phone directory, and much depends on whom you know. It’s possible to admire Bob Rae’s contribution to Canadian public life and, at the same time, to notice that other countries normally send people with far more diplomatic experience, and far more United Nations experience, than he has. People who have worked far more closely with their country’s leaders than Rae has actually worked with Trudeau.

There are such people in the Canadian foreign service. It’s not a wasteland. They’re the people you sometimes see in a corner of the photo while the latest political appointee is scrumming. They’re permitted to have perfectly decent mid-level careers. Some of them are taking some time off this summer, after Canada’s delegation worked hard to win a Security Council seat. Canada lost to Norway and Ireland. Norway’s and Ireland’s UN ambassadors are both women.