Jason Kirby: After a colleague of the Maple Leaf Foods CEO lost his family in the Iran plane attack, McCain trained his ire on Trump 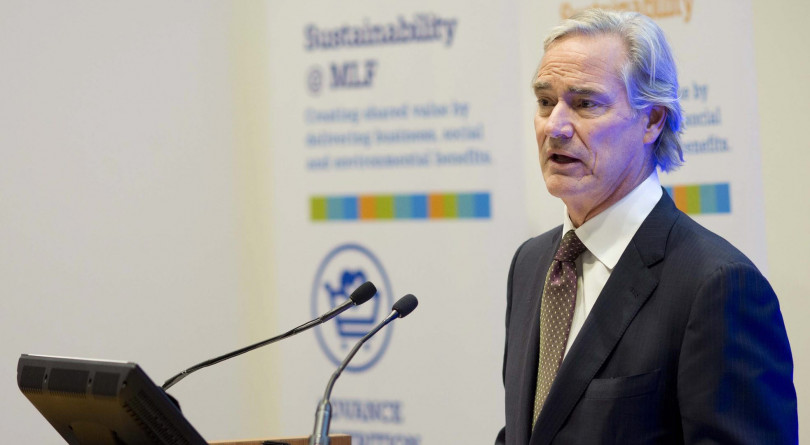 Among the lives destroyed when an Iranian missile brought down Flight 752 last week were the wife and 11-year-old son of an employee of Maple Leaf Foods. On Sunday night Michael McCain, the company’s CEO took to Maple Leaf Foods’ official Twitter account to blast Donald Trump for putting in motion the events that led to their deaths.

“A narcissist in Washington tears world accomplishments apart; destabilizes region. US now unwelcomed everywhere in the area including Iraq; tensions escalated to feverish pitch. Taking out despicable military leader terrorist? There are a hundred like him, standing next in line,” he tweeted via @MapleLeafFoods. “The collateral damage of this irresponsible, dangerous, ill-conceived behavior? 63 Canadians needlessly lost their lives in the crossfire, including the family of one of my MLF colleagues (his wife + 11 year old son)!  We are mourning and I am livid.”

Though McCain couched the tweets as “personal reflections” they nevertheless went out alongside the company’s logo, and they mark an astonishing departure from the extreme caution and controversy-avoidance that usually characterize corporate Canada. The question now is whether Maple Leaf Foods will pay some sort of price, which seems inevitable, and what that will entail.

Predictably after McCain’s tweets were published a #BoycottMapleLeafFoods hashtag sprung up on Twitter, though it was followed shortly by a #SupportMapleLeafFoods hashtag campaign. The debate over how much responsibility for the plane’s destruction lies with Trump’s decision to assassinate a high-ranking Iranian general has divided users on social media, though we have yet to see any polling of how Canadians in general view Trump’s culpability.

The reality is those who share McCain’s take may be eager to click “like” on his tweet—and 63,000 had done so as of Monday afternoon, dwarfing the double-digit reactions the Maple Leaf Foods twitter account usually gets—but they will be less motivated to take action than those angered by it. Just under one-in-five Canadians have a positive view of Trump, and if even only some of them vote with their wallets to skip that package of Maple Leaf bacon or Schneiders wieners on their next grocery trip, the company will notice.

Meanwhile the company generated $364 million in revenue from the U.S. in 2018, according to Maple Leaf’s most recent annual report. That’s slightly more than 10 per cent of the company’s total sales*. A boycott there could be felt, though most companies boycotted by the American right seem to come out of it just fine eventually.

Then there’s the question of what happens when Trump—a man so thin-skinned, you’ll recall, that he took umbrage when he learned the CBC cut his cameo in 1992’s Home Alone 2 to make room for commercials—eventually sees the story about McCain’s tweets on Fox News. It’s not exactly clear what retaliatory measures Trump would have at his disposal, but the company is in the process of building a new US$310-million plant-based protein food processing plant in Indiana and from time to time makes acquisitions in the U.S. that require regulatory approvals, so the risk that Trump allies could pursue petty reprisals down the road is not completely off the table.

None of these risks would have been lost on McCain, a seasoned executive, even if he was gripped by intense emotion when he unleashed his string of angry tweets. And it’s not just because he’s the director the company’s largest shareholder, McCain Capital, and has beneficial control of 38.9 per cent of Maple Leaf Foods, a stake worth $1.2 billion, meaning his position at the company is secure.*

Indeed, McCain’s comments are just the latest, albeit starkest, example of a move by more chief executives to speak out on sensitive and political issues, from climate change and LGBTQ rights to immigration, gun control and race relations, even if that could lead to repercussions for their companies.

Last year 145 CEOs signed a letter calling for gun control, while Walmart CEO Doug McMillon called the status quo around gun violence “unacceptable” and said the retailer would stop selling handgun and assault-weapon ammunition and request that its customers don’t openly carry guns in its stores. The CEO of Levi Strauss & Co announced his support for stricter gun control laws, even though “it’s inevitable that we’re going to alienate some consumers.” And when debate raged over the Confederate flag, Apple’s CEO Tim Cook urged the removal of “symbols” that feed racism.

More recently Daryl Morey, the general manager of the NBA’s Houston Rockets, put the league’s future in China in jeopardy when he published a tweet, which he quickly deleted, offering support for protestors in Hong Kong. Though not a CEO, the incident showed what’s at stake when senior executives wade into geopolitics.

For those who prefer their companies to be laser-focussed on the bottom line, the rise of CEO activism is no doubt troubling. The doctrine most-famously put forth by the late economist Milton Friedman—that the only moral duty of a corporation should be to maximize profits—has lost some of its grip on corporate culture. That’s partly due to the ease with which technology has opened up direct lines of communications between individuals and the world while at the same time disarming any inhibitions we have about sharing our personal views. But it also reflects growing pressure being put on chief executives by employees and an increasingly younger and assertive customer base to take a stand on issues that are important to them.

In the day since his tweets were published, many have praised McCain for taking such a strong and emotional stand on the issue of the downed plane, knowing full well the risks involved. What impact it ultimately has on Maple Leaf Foods may never be known, but a new bar has been set for outspoken CEOs everywhere.

* Correction: An earlier version of this story said McCain is the company’s second-largest shareholder, not the largest. It also stated the U.S. accounted for 40 per cent of Maple Leaf Foods revenue. It is 10 per cent. Maclean’s regrets the error.