New Zealand is not showing Canada the way on gun control

Matt Gurney: The country has been widely praised for its gun crackdown, but it is mostly just catching up to Canada’s existing laws 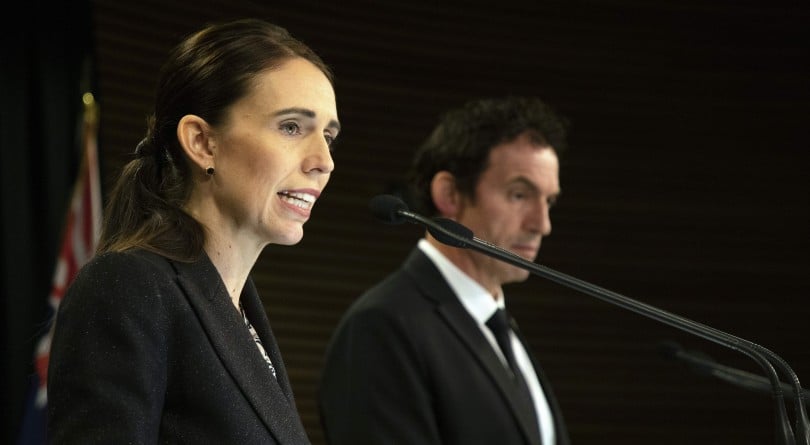 Update: After this column was published, the New Zealand government introduced draft legislation on April 1, 2019, that goes farther than the previously issued order regarding firearms classification. The new proposed legislation would likely ban most semi-automatic rifles in New Zealand.

Shortly after the horrific massacre of 50 Muslims at prayer in Christchurch earlier this month, the New Zealand government moved swiftly to amend its gun control laws. In a matter of days, the country’s government had issued an order reclassifying numerous guns, effectively banning them from civilian possession.

Most New Zealanders who own such guns will be obligated to surrender them; the military will store them for the time being. The government will provide financial compensation for the surrendered guns eventually, but they are to be turned over almost immediately.

New Zealand’s prime minister, Jacinda Ardern, has been praised for her response to the horrific attack. Her crackdown on guns, in particular, has been lauded by many who’d like to see similar moves in North America. Perhaps there’s reason for that, at least in the United States (though, in fairness, if the only way America can solve its gun problem is to become New Zealand, we’re worse off than I thought).

But in Canada, despite some commentary you might have read suggesting otherwise, New Zealand isn’t showing us the way. It is mostly just catching up to where we already are.

READ MORE: New Zealand lights a path for the world even during its ‘darkest of days’

That hasn’t stopped the Canadian media and the usual collection of gun control activists from pretending otherwise. “The huge difference is that New Zealand is acting and Canada is not,” one activist told the CBC. A Globe and Mail columnist wondered if Canada will be “as brave” as New Zealand and crack down on guns. A commentary published by Global News also faulted Canada’s action, or inaction, on guns as compared to New Zealand.

It’s a neat little narrative. But it doesn’t hold up to scrutiny.

The reality is this: though Canada and New Zealand have different regulations for classifying firearms, and that can make direct apples-to-apples comparisons difficult, the steps New Zealand has taken more or less align the country with the laws Canada has already had for decades.

What New Zealand has done, though significant, is actually quite simple, legally speaking. It has broadened the definition of Military Style Semi-Automatic (MSSA) firearms, an existing, tightly regulated part of its firearms law, to simply include more guns.

As most New Zealanders do not have a licence that would allow them to own a MSSA firearm, they can no longer own them. The guns newly covered by the old classification are semi-automatic (each pull of the trigger discharges one round) rifles and shotguns that include detachable magazines that can hold more than five rounds of ammunition.

Any analysis of firearms policy always bogs down in technical jargon eventually. This is that moment for this column, but I’ll try to keep it simple: the “magazine” is simply the part of the gun that holds the ammunition until it’s fired. As each round is fired, its now-empty shell is ejected, and a spring mechanism pushes the next round into position to be fired. In a semi-automatic gun, the process is fast, and the gun can be fired until the magazine is empty. Magazines can be integral, internal components of the firearm, or they can be external and removable. The advantage of an external removable magazine (often inaccurately called a “clip”) is that when it’s empty, it can simply be swapped with a full one. For an experienced shooter, this process can be accomplished smoothly in moments.

So ends the jargon. The practical effect of what New Zealand has done is ban the legal ownership of guns that can be quickly both fired and reloaded with more than five rounds. Semi-automatic rifles themselves are not being banned, nor are shotguns, despite reporting you may have read to the contrary. It’s the detachable magazines of more than five rounds that have been targeted.

Again, Canada and New Zealand regulate guns in different ways. But the intended effect of the law is identical—New Zealand has now caught up to us. In Canada, rifle magazines are limited to five rounds by law, except for low-powered .22 calibre rifles (New Zealand’s new law also exempts .22 calibre rifles). Canada has not outright banned the possession of a rifle that can accept a detachable magazine of more than five rounds. But it banned the magazines themselves. Similarly, under Canadian law, semi-automatic shotguns are also limited to five rounds maximum, whether their magazine is internal or detachable (which means we’re actually tougher than New Zealand on this point).

The end result of New Zealand’s new ban is exactly the same as our long-standing status quo: with very rare exceptions, a civilian cannot legally own a semi-automatic rifle or shotgun that can hold more than five rounds at a time.

As noted, there are exceptions—in Canada, the old M1 Garand rifle, for instance, is permitted to hold more than five rounds (eight, to be exact) simply because it was designed to hold exactly eight, no more and no less. Certain rifles can accept magazines that are intended for pistols, and pistols are permitted 10-round magazines in Canada. Firearms policy is fantastically complicated precisely because of how technically challenging regulating firearms and their accessories are. It’s hard enough keeping all of this straight in your own country, let alone meaningfully contrasting your laws to someone else’s.

But when you’ve actually compared their new regime to ours, the truth is clear. New Zealand’s new laws are functionally comparable to Canada’s, and, in fact, lag us in a key way—New Zealand has no gun registration at all, while Canada still does track the ownership of many types of firearm.

For all those who wish to live in a country with gun laws as strict as those New Zealand just rolled out, be of good cheer. If you’re Canadian, you already do.