'Not in mixed company': The tensions in Black Canadian advocacy

Opinion: The idea that Black Canadians all envision the same end goal is predicated on an assumption that simply may not be true 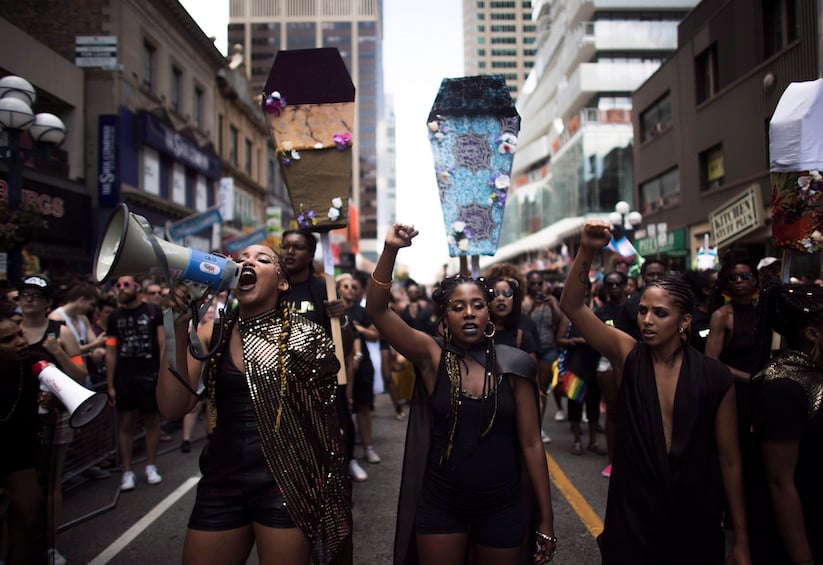 Melayna Williams holds a J.D., and is the director of the Rights Advocacy Coalition for Equality (R.A.C.E.). Lincoln Anthony Blades is a freelance journalist, political commentator, and columnist for Teen Vogue.

Today, while some Black Canadians are enjoying arguably unprecedented success—whether it be financially, professionally, or politically—there are still plenty of Black Canadians living on the margins, disproportionately absorbing the brunt of Canada’s anti-Black discrimination and socioeconomic disenfranchisement. Many in the Black Canadian community, from activists to professionals to those with power and influence, have committed themselves in some way to helping in this fight against inequality. But seeing as we’re not a monolith, we face a myriad of issues requiring intensive feedback from our community. So when the Federation of Black Canadians (FBC) was created, gradually, without much community involvement or transparency, many questions arose.

Desmond Cole and other activists questioned whether the FBC’s chair, Donald McLeod, a sitting Ontario Court Justice, could meaningfully lobby on behalf of the collective Black community in his position. As Cole writes in his original piece, the “principles of judicial office” for Ontario judges clearly state that “judges should not be influenced by partisan interests, public pressure or fear of criticism. Judges should maintain their objectivity and shall not, by words or conduct, manifest favour, bias or prejudice towards any party or interest.” As McLeod and the FBC decided to join the already ongoing battle to eradicate the existence of Canada’s anti-Black systemic racism, the activist groups already leading the way have specifically targeted issues such as the disproportionate rate of Black children being torn away from their families and Canada’s carceral stranglehold on young Black men and women, and so the question of whether McLeod could effectively criticize or impugn the office that employs him, the one that he has sworn an oath to, becomes germane. What role will Justice McLeod take in addressing the United Nations “serious concerns” about the overly punitive and targeted brutality and mass incarceration of Black bodies? What role will he take in fighting Black immigrants from being targeted for deportation without substantive evaluation of their circumstances? What role is he even allowed to take at all?

Some have rallied to the FBC’s defence. “No one has the right to determine how Black people in Canada should approach their activism,” wrote Karen Carter, the former executive director of Heritage Toronto, in a recent Toronto Star op-ed. In it, she argues that, like Malcolm X and Rev. Martin Luther King Jr., Black activism can attack the inhumane barrier of white supremacy in different ways, all of which are legitimate in their own way. But her defence of the FBC misses the true critique of the non-profit: it’s not how they’ll fight white supremacy, but rather how indebted to the white supremacist system they already are. This isn’t like Thurgood Marshall and the NAACP disagreeing with John Lewis and the Student Nonviolent Coordinating Committee over the extent of appropriate radicalism and militancy in liberating oppressed Black people. This is more like the African-American community versus Ben Carson being named Donald Trump’s secretary of housing and urban development, and Omarosa Manigault being named director of African-American outreach.

While the Black community has seen progress, there remains a collective skepticism aimed at new movements and the tactics they employ to achieve their goals. While activists like Black Lives Matter Toronto have occasionally faced scorn from the community for being too radical, there’s also an opposite mistrust of so-called “Talented Tenth” activism which is predicated on the reliance of the influential and the affluent in our communities to help support the rest of us, instead of just helping themselves and their ilk. This is a key cornerstone of the current controversy surrounding the FBC: Appearances matter. Who appears to be truly committed to the cause of dismantling white supremacist structures in totality, and who appears interested in gatekeeping and faux-activism? Who seems to desperately and genuinely want to see their community improved, and who seems to be simply taking advantage of the limited finances, goodwill and trust of the Black Canadian community? 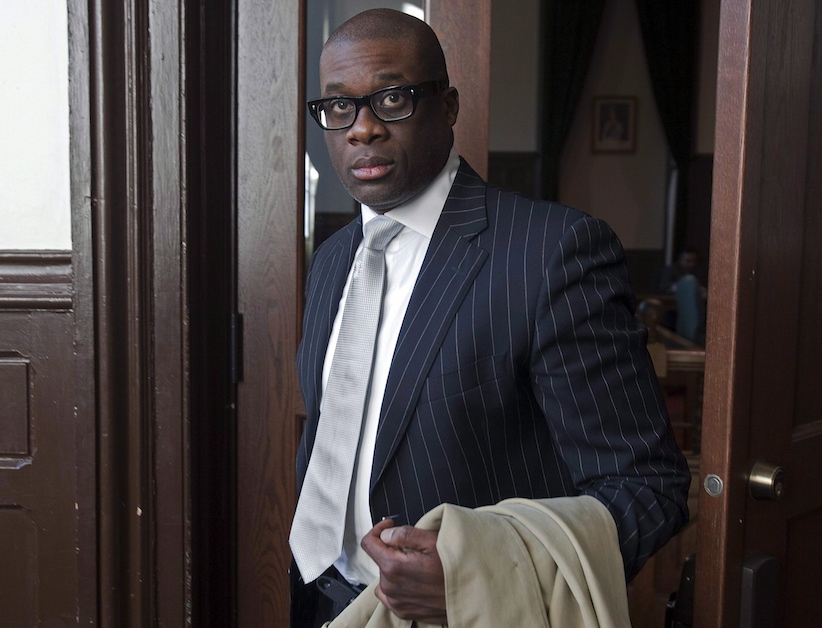 In a short time, the FBC has sent signals, intentional or not, of where it wants to align itself. For instance, the case of Abdoul Abdi—a former child refugee fighting deportation—has exposed intraracial tension between activists and regular folks and Canada’s influential Black political class, who have largely remained silent, who say they can’t comment or intervene in an active legal proceeding. That politically elite Canadians like Ahmed Hussen, Canada’s immigration minister, has benefited from our legacy of activism but has chosen political pragmatism despite the direct ability to affect change, is deeply disappointing. Ebyan Farah, Hussen’s wife, was also a member of the steering committee of the FBC, which only made a statement about the Abdi case on Wednesday night.

There have been other similar letdowns from the organization and the Black Canadian political elite. When the Federation of Black Canadians lobbies government and celebrates governmental budgetary allotments, their silence on cases like Dafonte Miller’s, a 19-year-old young man who was severely beaten by a white off-duty police officer in Whitby, becomes clear. When Trudeau recently announced his “recognition” of the United Nations Decade for People of African Descent, three years after it was announced in 2015 and without any accompanying policy or funding commitments, the Federation itself was included in this empty gesture without even acknowledging any of the issues, in effect collecting government crumbs instead of demanding long-overdue reparations for centuries of Canadian anti-Black colonial violence. What is reconciliation without reparation or remuneration? And on anti-Black racism, their website indicates that their investment is in the “reduction of racism.” Racism is not an ingredient that we can add, subtract or mix in. In naming “Reducing Racism” as one of the six listed “opportunities” on the website, the Federation is asking us to solve the ways which are we oppressed with consultations, conversations and parsed out legislative change.

These kinds of signals send the message to Black communities that they’re not connected to the people they claim they publicly advocate for; it only threatens more of that goodwill when they are also not transparent in their actions. The FBC is new, and we cannot presume their intentions—but the trouble is that there’s a history in North America of influential groups with unclear intentions speaking for us.

In Carter’s piece, she frames her and her “overachieving crew of sisters” as sideline supporters, cheering and gently critiquing activists like Black Lives Matter from afar. But, in reality, the “overachieving” class rarely engages young activists in a collaborative and productive manner. One of the big problems with influential folks gathering to “continue” the fights that younger and more radical Black activists take on is that generational and socioeconomic differences sometimes prevent the former from effectively cooperating with the latter, as connections and personal wealth threaten to dim the interest of listening to often younger, poorer, less professionally accomplished youth. When older, influential activists decide to leave the sidelines to engage in the fight in the street, they often become a kind of gatekeeper, dismissing the substantive work that was done by the young people.

READ MORE: How the nature of activism has evolved for Black Canadians 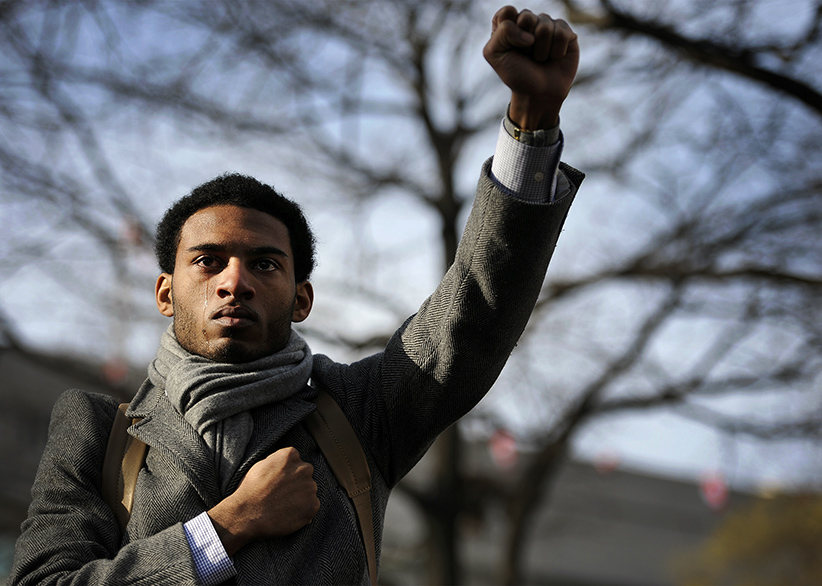 Demonstrators by the thousands took to the street in the Capitol of the United States, Washington D.C., on Sat. Dec. 13, 2014. (Franki Ikeman)

One example of this is the “Justice For All” march after a grand jury failed to indict the officer who killed Mike Brown in Ferguson, Mo., held by Rev. Al Sharpton in Washington, D.C. in December 2014 with his civil rights group, the National Action Network (NAN). For months, the Black Lives Matter movement had been out in the streets all over the nation, risking life and limb to bring attention to the brutality and injustice young Black men like “Mike Mike” were experiencing everyday. As prominent young Black activist Johnetta Elzie said about the march, “I thought there was going to be actions, not a show. This a show.” Sharpton’s march even had a VIP section. And when Black Lives Matter activists—who were not included in this march, despite commandeering much of the struggle, and enduring the brutal, militarized response—rushed onstage to get their message out, members of NAN allegedly threatened to have them arrested by the same police force that they were up there protesting. The tension was best explained by TV host and professor Marc Lamont Hill: “Unfortunately, yesterday’s D.C. March felt too much like an attempt from the civil rights managerial class to co-opt the struggle.” While we don’t talk about it in front of “mixed company,” that tension is very real in the Black community in Canada, as well.

In the wake of Black History Month, many in the Black community, especially educators, find themselves tasked with the essential responsibility of framing how Black history actually played out. The sanitizing of iconic figures such as Rev. King, Rosa Parks, and Nelson Mandela has worked to undermine the true nature of battling white supremacy, and what those courageous and militant individuals risked in the name of equality. When Black history is retold through a white-washed lens, it can lead many—even Black folks—to misinterpret what it took to get us where we are today, and what the road forward is in a nation still battling overt discrimination.

The idea that we all envision the same end goal is predicated on a rather large assumption that simply may not be true. While younger, more militant activists see a colour-aware future of intersectional acceptance, and a complete eradication of systemic discrimination, other movements involve private luncheons and glad-handing, which haven’t historically been effective measures of overcoming white supremacy, but rather demonstrate an obscene allowance of it. When racism is internalized not as a disagreement but, as Atlantic writer Vann Newkirk tweeted, as “a fundamental break of civility before the argument even begins,” efforts from groups like the Federation appear to be rooted in an investment in the oppressive structures themselves.

READ MORE: Why 2018 will be the year of allyship

Canada’s Black community has managed to emerge from slavery—yes, here in Canada—the West-Indian Domestic Scheme, and targeted racist housing/landowning policy. We’ve come a long way. But threats to our liberty remain. “The fact is, this is ongoing,” said Policing Black Lives: State Violence in Canada from Slavery to the Present author Robyn Maynard, to the Toronto Star. “Look at how we devalue Black People’s lives.”

“We are now faced with the fact that tomorrow is today,” Rev. King once said. “We are confronted with the fierce urgency of now.” As Black Canadians continue to be churned through a system of discrimination, over-policing, and systemic anti-Black racism, it is imperative that we have different types of activism collide to create rapid and substantive change. But that has never, in the history of Black activism, been achieved by ignoring that urgency for judiciousness. Our elite cannot act as gatekeepers for our entire community because we can no longer afford to align ourselves with professed goodwill and intention.