Nothing to see here, says party desperately hiding something

Andrew MacDougall: The Liberals want Canadians to 'arrive at a conclusion'. After all the resignations and games, there's really only one to draw. 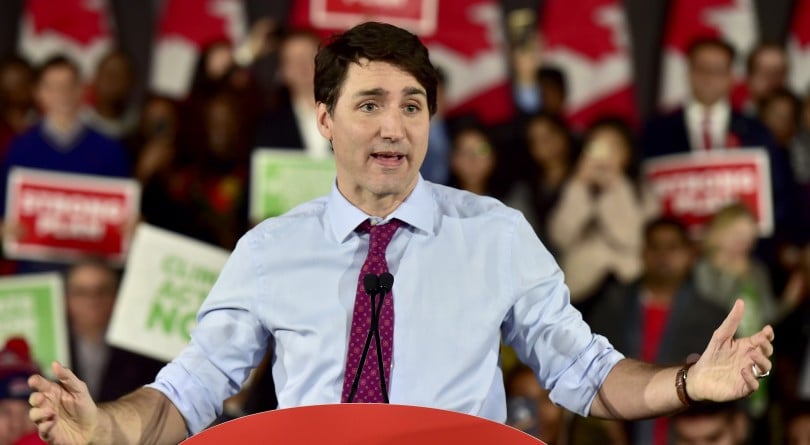 “Canadians now have the necessary information to arrive at a conclusion.”

Given the Liberals on the justice committee released those words about their ‘investigation’ into the five-alarm fire that is the SNC-Lavalin scandal on the very day that Michael Wernick was claimed as another of its victims—based largely on his serial immolation in front of their committee—we’re going to need a new word for “chutzpah”.

Justin Trudeau has now lost his top aide, two of his top ministers, and the country’s top bureaucrat because of SNC, and the Liberals are asking us to “arrive at a conclusion”?

What conclusion do they think anyone can draw from trying to shut down inquiries into this clusterf–k, other than ‘these people definitely have something to hide’?

So bravo, Liberal Party of Canada; congratulations on achieving in three years a level of cynicism and contempt for the electorate most governments only reach at the tail end of their third mandate. It’s about the only thing the Liberals have managed to deliver that’s under-budget and ahead of schedule.

Principled Liberals must look back at 2015 like it was some kind of fever dream. Trudeau’s Liberals were going to be pro-women, transparent, non-partisan, evidence-based, for the middle class, and free from the all-controlling grip of the PMO. Now it’s 2019 and they’re gleefully trading women, transparency and evidence in favour of special interests, all at the direction of an ultra-partisan PMO.

And before the ‘two wrongs make a right’ brigade pops up to spew their whataboutery: the Liberals were supposed to be better than the gang they replaced, not the same or worse.

Even worse, in this case the Liberals deployed their deep bag of dirty tricks in the service of a company that has done things like bribe hospital managers and foreign governments to get their custom.

Had this firm been headquartered in a place like Calgary, or in an industry Justin Trudeau doesn’t give a toss about—like oil and gas—would the government have let it face the music? This is about politics, not jobs. Full stop.

Indeed, the gang who were all for evidence-based policy a few years back took SNC’s wild claims of catastrophic job loss at more or less face value. The government certainly didn’t press the company hard, if at all. Even Gerry Butts, Trudeau’s High Priest of Facts, could only mumble something about Finance having the figures when asked. Had they bothered to look, Liberals would have found a long-term investment in SNC from the Caisse de dépôt and the resulting commitment to keep SNC HQ in Montreal for years on end. No, SNC said ‘jump’ and Trudeau went through the roof.

And when the whole sordid tale finally came to light in the Feb. 7 edition of The Globe and Mail the Liberals went full Nixon instead of full transparency. Instead of treating the issue of the independence of the criminal justice system seriously the Liberals have tried to downplay it or—worse—treat it as a difference of opinion, a position that is both morally and ethically bankrupt.

From calling the story false to slandering Wilson-Raybould off-the-record, to muzzling her, to circumscribing her ability to speak, to now shutting down the entire committee investigation, the Liberals have resisted transparency at every turn. And if you believe the Ethics Commissioner is going to get to the bottom of this, then you, my friend, qualify for membership in the Trudeau Chapter of the Useful Idiots Club.

Instead of simply believing Wilson-Raybould—or Jane Philpott, for that matter—the Prime Minister has brushed them off as having either poor memories or poor comprehension skills. They simply experienced the inappropriate pressure differently, Trudeau explained, a line he first trotted out last summer to mansplain away an old groping allegation, a route out he had denied to others in his caucus facing similar allegations.

Because Trudeau just doesn’t live by normal standards or rules. He doesn’t pal around with the middle class and those hoping to join them. He hangs out with the jet set, the people who can afford cash for access, with the Aga Khan on his island and the tech titans who are polarizing our societies. These are his people. Of course he listened when SNC came calling.

And as the vice began to grip, Trudeau’s instinct was to politicize the public service in his defense, trotting out Wernick to run interference by caterwauling about the threat of violence on our streets. It was the same trick Trudeau pulled with Daniel Jean during the India trip when a convicted Sikh terrorist was spotted in his entourage. And you thought Stephen Harper was toxic for the non-partisan public service?

What’s worse, nothing will now change Trudeau’s mind on SNC. The company will get its deal, no matter what the federal courts or OECD say. On SNC, the Liberals have become the practitioners of the democratic failure they so harshly condemned in 2015.