On Canada Day, celebrate the spirit of dominion

Opinion: Decades ago, Canada Day was named Dominion Day—and it’s a moment to recommit to strengthening the Canadian union 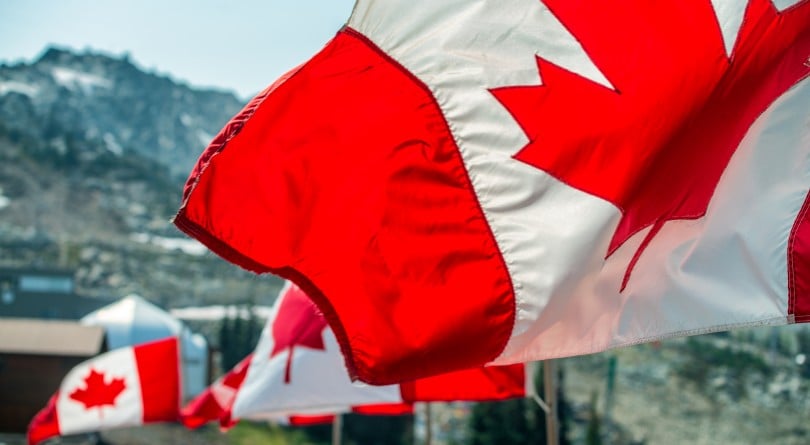 Alastair Gillespie is a Canadian lawyer living in London, a Munk senior fellow at the Macdonald-Laurier Institute, and author of the five-part “Confederation Series,” available here.

In 1982, Dominion Day officially slipped into history, when an almost empty parliament acknowledged a change that was already in common parlance: that the first of July is Canada Day.

Yet Canada Day could benefit from a revival of our national holiday’s original civic purpose. Amid suggestions the national celebrations in Ottawa have come adrift—with Maclean’s own Paul Wells telling Canadians to stay home—why not reinvigorate Canada Day as a celebration of the Canadian union?

READ MORE: The splendor and the slop of Canada Day

Dominion Day retains some historic resonance not just because of mere nostalgia, nor because of its alliterative quality, but because the Dominion for so long embodied the idea of Canadian union. The 1867 constitution speaks of a “Union” of the provinces—and “Dominion” was the name that embodied that union.

When the Fathers of Confederation met in London in 1866, there was literally no name or rank for the new Confederation. We might have been the Kingdom of Canada, or the United Provinces of Canada; both were given serious consideration. But in the end, the provinces formed “One Dominion under the Name of Canada.”

The suggestion of Dominion was all-Canadian, from Samuel Tilley of New Brunswick, inspired by a beautiful phrase in the Book of Psalms: “He shall have dominion also from sea to sea, and from the river unto the ends of the earth.”

Today, the physical achievements of Canadian unionism are our most obvious inheritance from the old Dominion—union from sea to sea to sea, from Cape Spear to Vancouver Island, to Ellesmere in the high Arctic. From the streamliner cars of transcontinental trains, to the polished steel letterboxes of the Canada Mail, to the sombre monuments of our wars, artifacts of the Dominion of Canada abound.

Less well understood are the ideals of Canadian unionism that are an equally precious legacy of Dominion. Early Canadian diversity meant Canadian statecraft and politics had to expand the frontiers of what a country could be, forming a new nationality that bridged divides of national origin, language and religion. Like the United States, Canada has shared in the experience of building a great federation in the new world—but this Canada Day we are increasingly conscious that our shared national experiences are diverging.

Nearly two centuries ago, Alexis de Tocqueville observed that Americans have a passion for equality. And as former U.S. president James Madison wrote in The Federalist, stable government and lasting liberty could be secured “by comprehending in the society so many separate descriptions of citizens, as will render an unjust combination of a majority of the whole, very improbable, if not impracticable.” These have been overruling features of both American and Canadian life. But Canada’s search for equality has been shaped since the beginning by national, religious and other kinds of diversity that have found expression and defenders in our institutions and politics. Today, Canadians are composed of so many cross-cutting backgrounds, affinities and allegiances that it is impossible for any politician to appeal to prejudice and succeed in a national election.

READ MORE: A cross-country singalong of the national anthem on Canada Day

Canada’s particular search for justice can be recognized in the hopes of our earliest statesmen for Canada’s union, aspirations which bear a family resemblance to present day. Indeed, as George-Étienne Cartier asked: “How could someone possibly aspire to become a statesman worthy of the name, in our country, without being fully resolved beforehand to render equal justice to all races and creeds?” And Thomas D’Arcy McGee, the poet of Confederation, declared that “Justice between class and class, and Province and Province between creed and creed, between man and man, this must constitute the glory, the safety, and the strength of this new country.”

To invoke and recall the icons and ideals of young Canada is also to recognize that our union is imperfect and incomplete. Cartier hoped for “a political nationality with which neither the national origin, nor the religion of any individual would interfere”—an ideal assuredly not yet realized. Canada’s restless quests to redress historic injustices and to seek reconciliation with Indigenous Peoples reflect who we are, where we have fallen short, and who we want to be.

Canadian values are not enshrined in a Declaration of Independence. They live in the relations between our peoples, in our continuing search to do equal justice to all. Canada Day is a right and fitting moment to rededicate ourselves to the purposes of this great Dominion, and the better union of our peoples.