On the economy, is it Trudeau's sunny ways or Singh's rainy days?

Tom Parkin: A Conservative split could open the door for a key debate between the Liberals and NDP on the true state of the Canadian economy 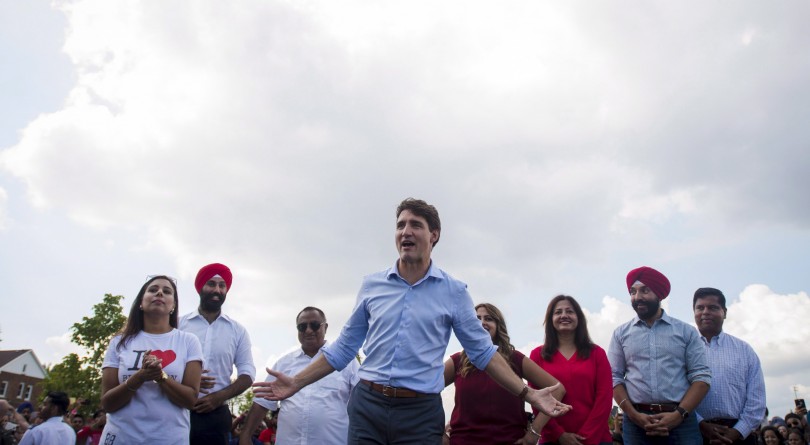 Andrew Scheer is leader of the Official Opposition. He’s supposed to be focused on opposing the incumbent Liberal government. And working to replace it.

You’d assume the Bernier split from the Conservative Party would put Prime Minister Justin Trudeau in the clear. And it might. But Conservative weakness could also create space for a different contentious debate—one on the economy —about which the Liberals and NDP see things very differently.

Bernier is, of course, the rebellious and vengeful runner-up in the Conservative leadership race who last week announced the formation of his right-wing People’s Party. And it’s clear Bernier knows exactly where to place the wedge to cut Scheer from the Conservative base.

Bernier has signaled he’ll go dog-whistle to dog-whistle with Scheer for the Rebel Media fanbase, sprinkling-in talk of “mass” immigration and the perils of diversity. He will overtop Scheer’s offer to affluent anti-taxers, promising tax-free stock profits and lower taxes on higher incomes. And Bernier will be pro-gun—he previously pledged to make the AR-15 assault weapon non-restricted and remove regulations limiting ammunition magazine capacity.

Wherever Scheer has soft-pedalled, Bernier will go hard-core—to the max, one could say.

It’s a matter of principle, of course.

So, for the next 13 months, Scheer will be guarding his right flank—not eyes-forward on Trudeau.

READ MORE: On the case of Erin Weir, Jagmeet Singh has done everything right

And the split also means the Conservatives are now likely to lose MPs in next year’s election. It’s been a rare poll that’s shown the Scheer Conservatives above the Liberals and in majority range. Now it gets worse. A late August poll by Abacus Data showed Conservative support bleeding to Bernier, dropping the party to 28 per cent support. Harper took 32 per cent in 2015, earning 99 seats.

Conservative division means Trudeau needs to be ready with a different stratagem.

It’s a pattern of Canadian politics that Liberals first beat Conservatives on hope then seek re-election on the fear of Conservative return. Both hope and fear work well with social democratic voters who are otherwise inclined to the NDP.

But if the strategy of fear is undercut by Conservative weakness, this centre-left group may feel free to vote out of preference. That might open up a different debate space—one about people’s economic situation, it seems.

At their caucus meetings last week, both the NDP and Liberals focused on economic issues. But Trudeau and Singh offered sharply contrasting views about Canadians’ economic situation.

In Trudeau’s land, it’s all sunshine. The economy is growing rapidly, creating jobs and everybody is happy—or at least as happy as is possible in the Trump era. To his caucus last week, the Prime Minister took credit for GDP growth, pointing to his tax cut and child benefit changes. His presentation set the stage for an election appeal to vote Liberal to keep the good times going.

In Singh’s economic story, there’s rain. People are pressed for affordable housing. Drug and dental benefits no longer come with the job. Schools and social housing are in disrepair. Transit and health care are falling behind. The Harper Conservatives may have caused these problems. But the Trudeau Liberals delayed any fixes to them. People are waiting.

It is, of course, possible that both stories are true—for different people. It’s been one of the incredible social shifts of this century, as tracked by Ekos Research, that self-identified middle class membership has shrunk from about two-thirds to less than half of Canadians. More Canadians consider themselves working class or poor than middle class.

But while a campaign centred on kitchen table economics would probably be healthy, it’s not guaranteed—not even if division removes the Conservative electoral threat.

And that’s because of the gawk-show factor. Like a car crash at the side of the road, xenophobic and extreme politics turns heads, even if you don’t like what you see. Regardless of Conservative weakness, the Liberals will surely encourage head-turning—because, unlike their rosy economic story, noise and distraction doesn’t need to be defended.