Scott Gilmore: Our house is on fire. People are dying. And instead of working harder to put out the flames, the firefighters are on the sidewalk shouting at each other. 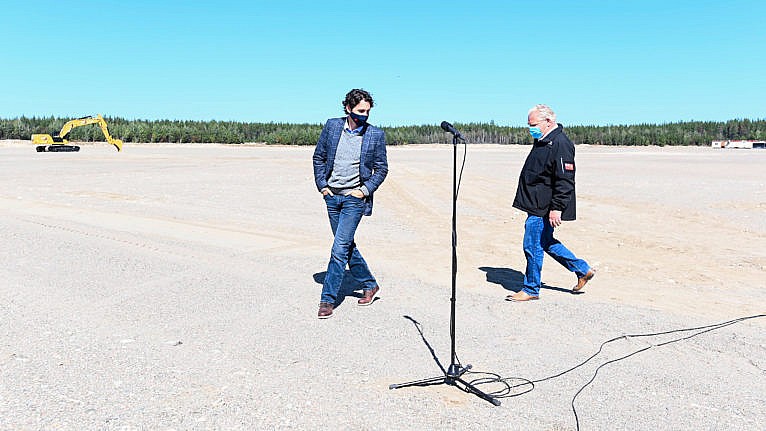 Liberal voters back Trudeau, Conservative voters support Ford, and round and round we go (Nathan Denette/CP)

Are you a Liberal voter? A Tory supporter? Are you a fan of the Prime Minister? Or, do you loathe him? If you answered yes to any of these questions, then I would like to thank you—you are responsible for the utter mess Canada has made of the pandemic.

Liberal readers are sputtering here, and probably won’t read past this sentence. They know for an absolute fact that the Prime Minister has done a very good job of procuring vaccines and the third wave is entirely the fault of incompetent premiers like Doug Ford.

READ: This pandemic is far too important to be left to Ottawa

Similarly, Conservative readers know the Liberals are partisan fools if they believe this utter nonsense. It is obvious to everyone but the wilfully blind that Ford has been fighting the pandemic with one hand tied behind his back because Ottawa won’t seal the borders or give him enough vaccines.

This polarized certainty has given our political leaders at all levels the confidence to conclude they’re doing a good job, it is the other guy who is screwing things up.

In his home office, Prime Minister Trudeau nods sadly to his advisers peering back on Zoom. He knows they’ve done the best they could under the circumstances. If only the Conservative premiers had gotten their acts together, thousands of lives would have been saved. But, he can only do his job, not theirs too. So, he sighs: “Steady as she goes, let’s keep doing what we’ve been doing.”

And, at the same moment, Premier Ford nods sadly at the grim faces around his cabinet table. It is obvious his government has done the best it could under the circumstances. If only Trudeau had gotten his act together. Thousands of lives would have been saved. But, he can only do his job, not Trudeau’s too. So, he sighs: “Steady as she goes, let’s keep doing what we’ve been doing.”

Meanwhile, non-partisans are looking back and forth at our leaders, stunned and increasingly furious at the hubris and complacency from all sides. COVID has now killed more than 24,000 Canadians. If this was a war, it would be our third deadliest in history.

READ: Canada must aim at stamping out COVID-19 spread: An open letter from doctors and scientists

While Americans are emerging from their homes and hugging loved ones, we are being locked down yet again. While the British methodically immunize their population, we are forced to scroll through Twitter in hopes of finding an appointment. While the Australians are filling stadiums to watch rugby, we aren’t allowed to walk through our local park. Or maybe we are. It’s unclear. No one is certain. But our political leaders universally assure us there is no confusion. [At this point I literally stopped writing and put my head in my hands and stared at my keyboard.]

Because partisans on all sides are creating the cover that is allowing political leaders at all levels to confidently avoid blame.

Liberal supporters absolutely refuse to acknowledge that, even though the provincial responses have been terrible, it is still a fact that Canada has trailed dozens of other countries in our procurement. As a result, it is almost certain the Prime Minister will feel no pressure to light a fire under his government and simply do better, faster.

Likewise, Conservative supporters absolutely refuse to acknowledge that, even though the Prime Minister has left the borders open to the deadly wave of variants, it is still a fact that many premiers failed to follow even the most basic epidemiological advice. As a result, it almost certain those premiers will feel no pressure to pay attention to the science and simply do better, faster.

Our house is on fire. People are dying. And instead of working harder to put out the flames, the firefighters are on the sidewalk shouting at each other. And incredibly, tragically, instead of yelling at them to get out more hoses, the onlookers are taking sides. Worse yet, when this is all over, when the smoke clears and the bodies are buried, everyone will think they did a great job.

If any of you partisans made it this far, remember—this is on you. You built this perpetual motion machine that provides unending political cover for our failing leaders. You have allowed the blame to be effortlessly shifted around and around. No one is to blame. No one can do better. Another 57 Canadians died today. Steady as she goes.

This article appears in print in the June 2021 issue of Maclean’s magazine with the headline, “The partisan pandemic.” Subscribe to the monthly print magazine here.