Pass/fail grades should be the only option during the coronavirus

We want universities to be fair, to not treat anyone arbitrarily or differently from their peers. Accordingly, the conditions of student assessment should be universal. 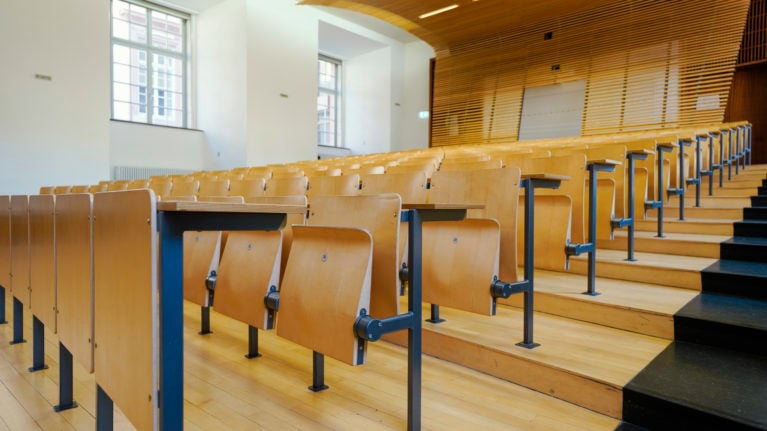 In addition to moving courses online in response to the pandemic, many Canadian universities have changed their evaluation system so that students can choose between letter grades or credit/no credit. (Photo by Uwe Anspach/picture alliance via Getty Images)

Universities in Canada and around the world have had to adjust their teaching and grading policies this semester in light of the COVID-19 pandemic. Many have introduced “credit/no credit” (i.e. pass/fail) evaluation to replace letter grades. The University of Toronto already offered this option for some courses, allowing students to see their letter grades before deciding whether they’d prefer a credit/no credit—now, U of T has made this option available in all courses. My own school, the University of Alberta, has made the credit/no credit system universal. Everyone receives a credit or doesn’t—there are no letter grades, no exceptions.

For each policy there has been a host of adamant defenders as well as detractors. When news broke of the grading change at the U of A, for instance, students circulated a petition for the school to adopt the optional system. Here’s the argument: Bestowing grades upon students who want them and not on those who don’t would maximize overall student welfare, allowing students less impeded from doing coursework by the pandemic to see their work recognized in letter grades on their transcripts, while sparing students hindered by pandemic-related stress or complications—such as income or housing precariousness—a possible hit to their grades.

Then came a counter-petition to stick with the universal policy, making the counterargument that going optional would harm students hit hardest by the pandemic. Even with credit/no credits, went the counterargument, these students might fall a step behind peers better positioned to keep their letter grades, and this could eventually disadvantage them in academia or the job market. As a counter-counterargument, some students who favour an optional system claim that universities the world over would understand that students who opted out of receiving letter grades during the pandemic were under strain; surely the universities would respond charitably.

RELATED: How Canadian universities are evaluating students during the coronavirus pandemic

After trawling through the online back-and-forth, I’ve come to land on the universal side—but for reasons beyond those typically supplied. To my mind, the problem at the heart of this discourse is that both camps base their positions on speculations about who would benefit or lose under either policy. By only weighing up welfare or harm in different scenarios, both sides ignore what I would call justice: a notion of the basic norms that should inform our decisions in public institutions like universities. When a criminal case goes to trial, a reliable and accountable judge decides the sentence based on law, not on her best guess of which outcome would satisfy the most people. Likewise, we need to take a step back and think not just about which policy would make which group happy, but about the principles our institutions should uphold in the first place. We should always ask ourselves, first and foremost, what are the norms that we want to have governing our universities?

I’d wager that most Canadian students and educators would want universities to be fair, to not treat anyone arbitrarily or differently from their peers. Accordingly, the conditions of student assessment should be universal; we should expect all students to be part of the same pool of assessed agents, and to be assessed without differentiation. Any time our universities implement a new policy, then, we should ask whether that policy is fair and universal—whether it treats everyone as if they’re on the same deck of the same boat. An optional credit/no credit policy fails this test, since it differentiates students on the arbitrary basis of the pandemic’s interference in their lives, not solely on academic performance. This would be true even if students who opted for credit/no credit over a letter grade did not ultimately suffer a disadvantage as a result of this choice. What matters for deciding policy is whether the policy accords with agreed-upon norms, such as norms of universality and fairness. A universal credit/no credit policy passes this test, since it keeps all students in the same boat where grading is concerned.

Even as it takes an incredible toll on human life, the pandemic is uncovering fault lines in our society and opening up possibilities of change. The higher education system has a golden opportunity to restate its case to the public at a time when it’s under threat by way of budget cuts. Back in March, universities could have opened up a discussion about why academic evaluation even matters, which principles higher education is based on, and how we can come together as a learning community. Instead, in the scramble to meet the demands of the pandemic, some schools chose PR over principle.

Even though it made what I see as the right policy decision, I believe the University of Alberta did not clearly justify its choice. On its website, the school explains that the changes to the grading process reflect a “desire to ensure equity among all our students, preserve academic integrity in these challenging circumstances and manage the issues presented by an uncertain future including the impact on our students and human resources.” This is something, but it doesn’t explain why the universal policy is the right one to achieve these goals. The school also says it’s “working to develop a template letter for instructors where they can easily indicate how a student performed relative to their peers within a course,” which has further complicated students’ understanding of the decision, and ultimately left open the worry that the universal policy was made principally out of convenience.

If they want to get students onside, Canadian universities should challenge the pervasive business ontology of higher education, the idea that schools are corporations and grades are their product. The great grading debate has been fuelled by a pernicious market mentality, a specious notion of freedom as consumer choice, and an incomplete picture of ethical deliberation as a welfare/harm balancing act. It’s time to hold these tired ideas to task. It’s time for universities and the students who keep them running to re-articulate a vision of what higher education is all about—why we should bother coming together to learn, and how we should go about doing it.
Jonah Dunch (@jonahdunch on Twitter) is an Edmonton-based writer studying philosophy at the University of Alberta.