Opinion: When public servants forget about the fundamental duties of the job, we get allegations like the ones facing Brown 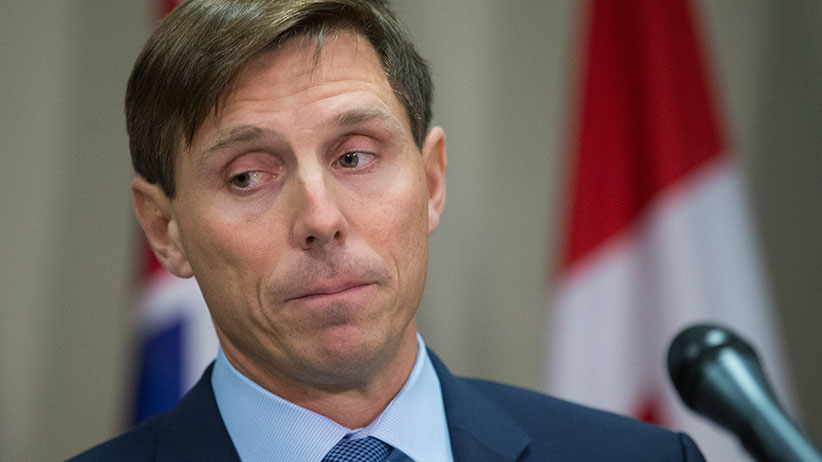 “(Patrick Brown) pulled down his pants…and I don’t know if he said ‘suck my d–k’ or ‘put this in your mouth,’ but something along those lines.”

Ooooof. Even in the age of Trump, the words reported by CTV News are vulgar and stark—compounded by the fact they were spoken by an elected official to a high schooler. They’re the kind of remarks that, when relayed from journalist to political office for comment, produce a panic akin to holding a live grenade, followed quickly by the preternatural calm of knowing there’s only one way it’s going to end. And so it’s goodbye to Patrick Brown, who resigned as Leader of the Ontario PCs early this morning following two separate allegations of sexual misconduct.

How could Brown think this bad behaviour would stay hidden? Did he reckon the silence from his accusers during his time as an afterthought on the backbenches of the federal caucus would continue as he approached the pinnacle of Ontario politics?

The lesson to all politicians should by now be clear: if you have at any point used the power of your office to harass or assault another human being, you are unfit for that office and you will be found out. If these blights (and potential crimes) are on your record, you should expunge yourself from public life before you’re run out of town. If your strategy is to duck and hope it all blows over, you should do it off the public’s dime.

Yes, the Brown allegations remain unproven, and while it’s crucial he be afforded the chance to make a defence, there is no route back, even if Brown’s instinct was to try.

“First, I want to say these allegations are false,” Brown protested at a late-night press conference, while vowing to continue on. “Every one of them.” He left the podium without taking questions. A few hours later, he was gone.

For one, Brown was quickly shorn of his senior staff and the support of his caucus. It’s hard to soldier on when your lieutenants go AWOL. The average Joe doesn’t care who works for a political leader, but when they see the people paid to have a leader’s back proactively and publicly cut their ties, they understand that leader is beyond repair.

Second, Brown’s “every one of them” formulation was odd, suggesting more is to come. Rumours of a Brown takedown over inappropriate behaviour have apparently been circulating the Ontario legislature for months. How many other shoes will drop now the initial imprint has been made?

One can imagine some sharp private conversations happening this morning in leaders’ offices across the country. Every caucus knows its problem spots. Anyone rubbernecking Patrick Brown’s carnage, or basking in schadenfreude, should first ensure their own closets are clean. Who knows? We might even see a couple of surprise “retirements” in the run-up to the next election.

But that’s for another day.

The immediate temptation in political La-La land will be to frame Brown’s exit in terms of political advantage. Will the Ontario PC leader’s exit harm the party’s prospects in June’s election? Conversely, will it boost Kathleen Wynne’s chances? Who, for that matter, will be the next leader of the PC Party?

Given the real-world answer to all of these questions is “who cares,” everyone hovering around Queen’s Park would do well to resist temptation and instead pledge their support to anyone willing to put these kinds of allegations on the record, as PC MPP Lisa MacLeod did on behalf of Brown’s accusers.

If Harvey Weinstein and the #MeToo movement has taught us anything, it’s that announcing you have been the victim of sexual assault is a courageous act offering no reward other than getting the pig in question off the assault circuit. We should ascribe no ulterior motive to the two women who have come forward against Brown, or see it as some kind of trump (Trump?) card played by a crafty Liberal government desperate to hang onto power. If you’re an abuser, you’re out. Period.

“Are you impressed I remembered your name? I am. LOL,” Brown reportedly texted to one of his accusers. Memo to Mr. Brown: politicians are supposed to remember names. And they’re also supposed to remember their duty, which is to protect and represent their constituents, not take advantage of them.

Anyone who can’t figure that out should stop blighting public service.