Opinion:. We need to think about key national infrastructure issues as a country, rather than as isolated provinces 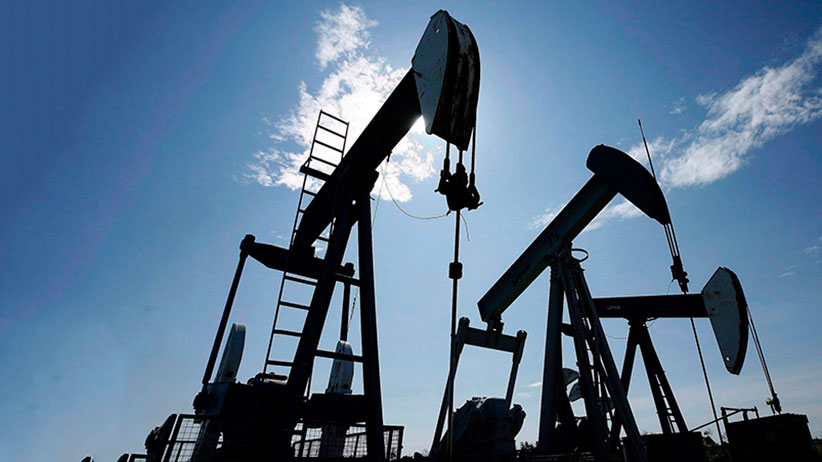 Pumpjacks at work pumping crude oil near Halkirk, Alta., on June 20, 2007. The cost of looking after hundreds of wells, pipelines and other oilfield gear left behind by bankrupt Lexin Resources Ltd. has exceeded $2 million and the bills continue to roll in, says Alberta’s Orphan Well Association. THE CANADIAN PRESS/Larry MacDougal

Steve Lafleur and Ashley Stedman are analysts at the Fraser Institute.

The governments of Alberta and British Columbia are waging an intense trade dispute over the proposed Trans Mountain pipeline expansion, which would run between Edmonton and Burnaby. The details of the feud, to date, have been well-documented. After B.C.’s NDP government, led by Premier John Horgan, said it wants more time to review the project (which already has federal approval), the Alberta government, led by Premier Rachel Notley, announced a ban on B.C. wine imports and halted talks about electricity imports from its western neighbour.

While this issue is often framed as Alberta (and its interests) versus B.C. (and its interests), in reality, the benefits of Alberta’s natural resource sector extend beyond provincial borders. Moreover, Canadian oil will get to market one way or another. This isn’t a debate about whether or not oil will get to market, but how the oil will get there, which has crucial economic and environmental implications. In short, we should think about how to maximize the benefits of Canada’s natural resources while prudently managing environmental risks.

Let’s start with the economic implications of pipelines. At the moment, due to pipeline constraints, Canadian oil producers are selling unrefined bitumen at a fraction of the price many competitors receive. Western Canadian Select has long fetched lower prices per barrel than West Texas Intermediate for a variety of reasons, but the Canadian crude discount recently reached $27.50 per barrel. Increasing pipeline capacity would reduce this discount by reducing export constraints. The Trans Mountain expansion would have the additional benefit of increasing access to tidewater and higher prices in the world market, rather than relying so heavily on the United States.

Moreover, collecting less revenue per barrel means less money to create jobs and less tax revenue for government services and/or future tax relief. This is crucial given the outsized role Alberta plays in Canada’s economy. Between 2004 and 2014, Alberta contributed 18.8 per cent of national GDP despite having 11.6 per cent of the country’s population. The province also accounted for nearly one in three jobs created in Canada during that period, resulting in a net total of 270,926 jobs.

But perhaps most impressive is that Albertans paid $221.4 billion more in federal taxes (including CPP payments) than they received in programs and transfers. One can argue about whether or not that volume of net payments is excessive. But in principle, in an economic federation such as Canada, younger, more productive parts of the country subsidize the older, less productive parts. But that deal only works if we think about key national infrastructure issues as a country, rather than as isolated provinces.

READ: Jagmeet Singh tries not to pick sides on the Alberta and B.C. pipeline fight

On the environmental front, the case for moving oil by pipeline is equally as strong as the economic case. Despite rhetoric from pipeline opponents, blocking a pipeline does not mean Canada’s oil producers will stop producing. In reality, they will find other—and riskier—modes of transportation, mainly by rail. In fact, pipelines are 2.5 times safer (i.e. less likely to experience an oil spill) than rail transport. As such, anyone concerned about the environment and human health should support pipelines over rail.

Whether the B.C. government likes it or not, the federal government has the legal jurisdiction over inter-provincial pipelines. B.C. followed a process, went along with the results, before a new government took power and decided the federal process wasn’t good enough. This is not a valid reason to oppose a long-delayed pipeline project. Due diligence is important, but that due diligence is long done.

While environmental issues are no doubt serious and emotional, costs and benefits must be weighed when evaluating resource projects. But again, that process has already taken place. Crucially, that doesn’t mean Alberta has won and B.C. has lost. Both benefit from Alberta’s resource development. That’s the point of an economic union. When Alberta prospers, all of Canada—including B.C.—also prospers.