Progressive corporate tax reform? It's not as crazy as it sounds.

Kevin Milligan: Ratcheting the corporate tax rate up or down doesn't grow the economy or improve tax fairness. Here's a smarter approach. 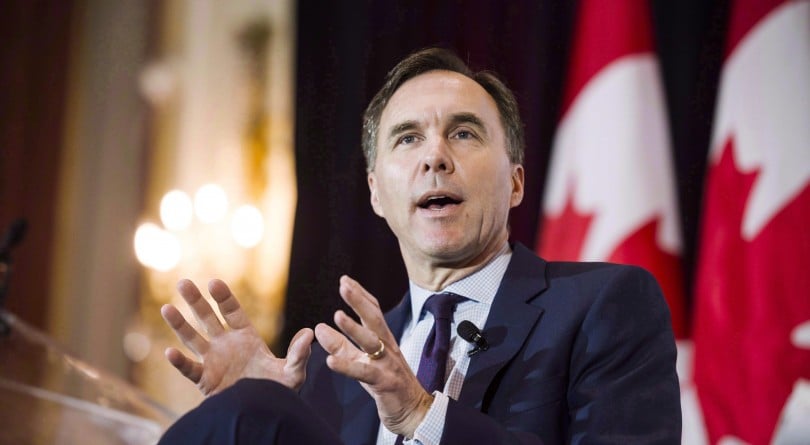 Finance Minister Bill Morneau attends a breakfast event co-hosted by the Canadian Club and the Empire Club in Toronto, on Thursday, March 1, 2018. (THE CANADIAN PRESS/Christopher Katsarov)

Kevin Milligan is a Professor of Economics at UBC’s Vancouver School of Economics. His conflict disclosure is here.

Many progressive Canadians respond to any discussion of corporate taxation with “more, please” while other Canadians may think “less.” But, just scaling up or down the existing flawed system by ratcheting the corporate tax rate up or down reaches neither the goal of growing the economy nor improving tax fairness in an effective way.

The first point of the plan is increasing investment. All Canadians should want a corporate tax system that encourages productive investment in equipment, machinery, computers and anything else workers need to do their jobs. The better the tools that workers have, the more they can make. Facilitating productive investment is the core reason that society organizes production through things called ‘corporations’ anyway. If investment is the core of society’s mission for corporations, we should align our tax system to achieve that goal.

Instead, if we change the way we tax new investment, we can reform our corporate tax system to focus directly on future growth. We can take the existing drawn-out way we write off investment and simply front-load the tax incentive by letting firms expense their investments immediately. A tax change to the expensing of investment ensures that our tax system exerts its efforts and incentives on what we want most from our corporations: productive investment.

The second point of the plan is overall tax fairness. Canadians care about a fair economy that benefits all citizens, and one sure way to achieve this goal is a progressive tax system that asks those doing well to contribute more than those who are struggling. But, some parts of our tax system are better placed to do the heavy lifting on tax progressivity, while other parts are more important for driving economic growth. In my view as an economist, corporate taxes are better for driving growth than influencing fairness. The owners and workers of Canadian companies aren’t always well to do, so increasing taxes on corporations just isn’t well targeted if your goal is to increase fairness.

But if adjusting corporate taxes isn’t the best way to push for greater fairness, what is? The answer is clear: look to the progressivity of personal income taxes. Since personal taxes are keyed directly to how much income you make, personal taxes are the ideal way to tackle tax fairness.

Improving tax fairness through personal taxes is achievable through many actions. Beyond just increasing tax rates, we can push as hard as we can to cooperate with international partners to tackle trans-national tax avoidance like was seen in the Panama Papers. We can work to shut down domestic tax shelters that allow those able to afford complex tax advice to get out of paying their fair share. We can ensure the Canada Revenue Agency is well-funded and well-directed to find and prosecute tax cheats. Any of these ideas is better placed to increase tax fairness than simply hiking tax rates on Canada’s corporations.

So, what do you get if you combine a revamped corporate tax system focused on growing investment with a robust personal income tax that ensures everyone contributes what’s fair? That’s a progressive corporate tax reform. I hope all Canadians use this two-point plan as a checklist to measure the tax ideas they see coming out of Ottawa this week, or in the federal election campaign to come in 2019.