Michael Valpy: The Queen and Charles have constitutional status in Canada. But the rest of the family doesn’t—they're foreigners. 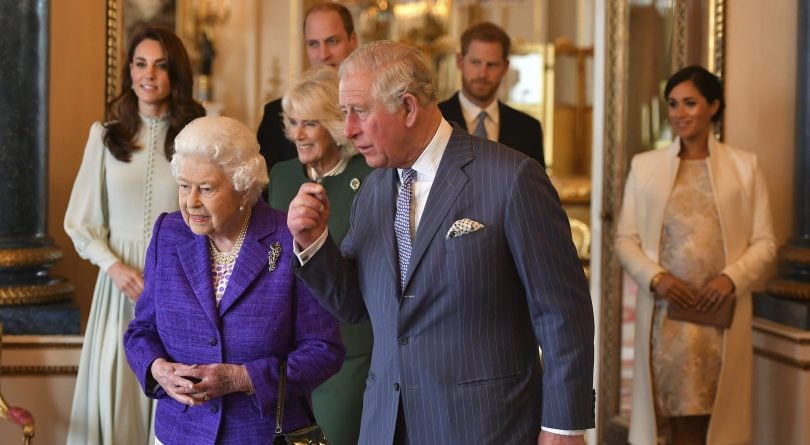 Michael Valpy is a member of the executive committee for the Institute for the Study of the Crown in Canada at University of Toronto’s Massey College.

The Sussex dogs are already in the country, presumably somewhere on Vancouver Island, warm, fed and cosseted. It’s the fog of mystery enveloping their owners that has the brows of Canadians furrowed.

We’re left to assume that at the Sandringham summit attended by the Queen, Prince Charles and his sons Prince William and Prince Harry, somebody consulted with the Canadian government before Her Majesty gave the green light for Harry, Duke of Sussex, and spouse Meghan, Duchess of Sussex, to live part-time in Canada as hybrid royals.

It simply defies logic to think that the Queen would say her grandson can reside in the realm (Canada is one of 16 Commonwealth realms, sovereign nations where the Queen is head of state) without a nod of approval from the folks who actually run the place.

MORE: Can Canada put Harry and Meghan to work?

Harry and Meghan have declared they intend to “step back” as senior members of the royal family and “balance [their] time between the United Kingdom and North America [which we now know means Canada], continuing to honour our duty to The Queen, the Commonwealth, and [their] patronages.” There is no precedent for what they have done.

The guessing is that the Queen’s astute palace staff would have at least questioned the Canadian prime minister’s office or privy council office about any issues with the Sussexes coming here, and I’m sure they were given a very Canadian answer: “That’s wonderful, we’re happy to help and have them here.” But there are other implications—security costs, (which are transparent in Canada and opaque in the United Kingdom), potential constitutional conflict with the Canadian vice-regal world and potential immigration concerns.

When the Queen’s family members come to Canada, their visits are deemed to be private and mainly for the purpose of patronages (Sophie, Countess of Wessex, married to the Queen’s youngest son, Prince Edward, is patron of Toronto General Hospital), ceremonial military obligations or charities with which family members have a connection. Otherwise, they come on tours (in the case of Charles), but only after being invited by the Government of Canada. Visits by the Queen are arranged years in advance.

And all royal family visits are done with the understanding that the royals will depart to the U.K. in due course and not become a fixture in Canadian life. That’s how the system works—what Ryerson University’s Professor David Smith, one of Canada’s leading scholars on the constitutional monarchy, calls “the invisible Crown.”

Harry and Meghan are popular in Canada, according to polls. But the excitement about them coming to live here overlooks the fact that Harry’s interest in Canada is thin. He’s a nice man, but he has declined every attempt over the past decade to take on Canadian patronages, head up Canadian charities and accept appointments as colonel-in-chief of various Canadian military units, including the Canadian Rangers. His website shows no connection to any specific Canadian patronage or charity or organization. He does not speak French. He has limited—if any—understanding of the country.

MORE: 9 clues in the Queen’s statement about Harry and Meghan’s future

There has been breathy talk of appointing him governor general to replace the uncharismatic Julie Payette. It could be done but it would take us backward into our colonial past when members of the royal family and other British grandees came over the Atlantic to represent the sovereign. The optics of replacing a francophone woman and astronaut from Quebec in Rideau Hall with a unilingual British prince and an American movie star are worse than awful.

The Sussexes, when they move here, must come as private citizens. And rather than being enamoured with the fleeting star power of the Sussexes, Ottawa should be focusing on helping Canadians get to know Charles, the Prince of Wales, the man who will one day be their king. He cannot make private visits to Canada. He only can come here at the invitation of the federal government. Most Canadians’ knowledge of him is filtered through the British press, which has its own bizarre agenda and viewpoint on the royal family.

Prince Charles last visited Canada in 2017 for the country’s sesquicentennial. There are no plans to invite him back over the next three years. At the very least, he should be coming every 18 months. He has met with leaders of the Canadian NGO community to learn how he can play a more significant role in Canadian life. He has an extensive charitable operation, Prince’s Trust Canada, that has been active for nearly a decade.

Those Canadians who know him say he is whip-smart and well-versed in Canadian affairs. He speaks French. He has a myriad of interests which dovetail with the present government’s focus on sustainability and the environment, youth engagement and so on. But by not having more regular visits from the Prince of Wales, the government is setting him up for a difficult time once he ascends to the throne, and for the inevitable debate about the future of our constitutional monarchy couched in detractors’ language of “We never see him; he never visits; he doesn’t know anything about Canada.”

Charles is going to be king. The constitutional monarchy he represents works. Ottawa should help him become a good one.