Rachel Notley on Trans Mountain: 'It's time to pick those tools back up, folks'

The Kinder Morgan pipeline will be built with B.C. workers using steel made in Saskatchewan from ore mined in Quebec, writes the Alberta premier 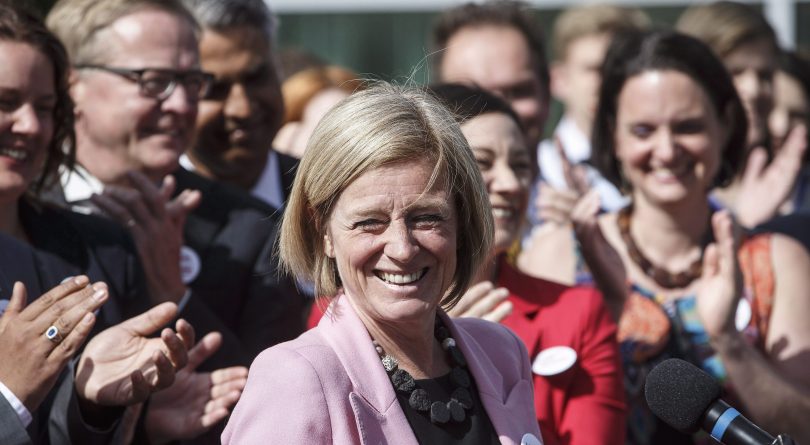 Rachel Notley is the premier of Alberta

Some people in Alberta say we’re landlocked, and to break that landlock we need a pipeline to tidewater. I see things a bit differently. I don’t think we’re landlocked, because we are Canadians, and Canada has more coastline than any country on earth. I believe in Canada, not just as a concept, but as a country.

We’re in this together — creating jobs and supporting public services together, and working on climate change together, too.

We’re also together on getting the Trans Mountain pipeline expansion built. This week, Canadians heard the news that the Government of Canada, with support from Alberta, has agreed to buy the Trans Mountain Pipeline, because it’s in the national interest to build it. And build it we will.

For the longest time, Albertans and Canadians were stuck with the status quo, building nothing. Because Alberta had only one customer for our energy — the United States — we were stuck receiving a discounted price for our oil. But the people in power could not, or would not, get a pipeline built to tidewater and to new markets. The same old strategy wasn’t working. Yelling at people who disagreed was not working. Stomping their feet wasn’t working. And putting fingers in their ears and refusing to listen to those who disagreed was not working, either. The result was no pipeline to tidewater, and Canada lost billions. Billions that could have gone to things we all rely on each and every day – schools, hospitals, roads, and public transit.

When Albertans changed government in 2015, we really did change. For a start, we embraced one guiding principle: that climate leadership and good jobs can go hand in hand. In fact, they must. So that’s what we set out to create – a Climate Leadership Plan to lower emissions while growing the economy. We are pricing carbon and phasing out coal use. We are aggressively increasing renewable energy, we are investing in innovation and technology to produce lower carbon barrels. And, when it comes to the oil sands, we are the world’s first energy producer to place a voluntary cap on emissions.

The world should use more renewable energy. It should burn less coal. And Alberta should diversify our economy, as we are. These can be true while acknowledging the world will use fossil fuels for some time to come is also true. Stopping the pipeline doesn’t mean the world will use less nonrenewable energy, it means Albertans and Canadians will merely receive a lower return on the energy we sell.

At my first meeting with the other provinces and territories, we got my fellow premiers — every single one at that time — to agree on the need for new pipelines, through the Canadian Energy Strategy. The people of Alberta were already united behind the need to take action to get full value for our resources, and after this meeting, so were all of Canada’s premiers. The next step was to make our case to Canadians. So we hit the road and spoke with — not yelled at, or ignored — people of every persuasion, and in every conversation the environment and economy were presented as one.

This pipeline is unlike any other before it. There was unprecedented scrutiny, unprecedented consultations and, thanks to our work on climate change and cooperation, a federal government in full support. There are also unprecedented benefits – the Trans Mountain Pipeline expansion will bring the Canadian economy an estimated $73.5 billion over 20 years.

Of course, any long journey will have a few bumps in the road. Some people in Alberta saw no benefit in pricing carbon, or working on climate change. Some people outside of Alberta saw no benefit to our energy industry, the good jobs it creates and the revenue it generates that’s essential to all Canadians. But once we’d made our case, most people saw the benefit to keep Canada working, to keeping our economy strong, and to keeping our commitments on climate change. The courts weighed in, with 16 straight decisions in the pipeline’s favour so far, and a majority of Canadians, along with a majority of British Columbians, support the pipeline’s expansion.

We hit another bump in the road when Kinder Morgan issued their May 31st deadline. Again, we committed to Albertans that we would do whatever it takes to bring certainty to this project. And we delivered. The Government of Canada has stepped up and purchased the project, with support from Alberta. In return for Alberta’s support, we will see construction resume immediately, the project will move forward on schedule, and Alberta will see full value for our investment.

Every few decades an extraordinary project of national importance comes along. This is one of those projects, the first major pipeline to Canadian tidewater in over 50 years. In a project of this magnitude, so clearly linked to nation building, it is sometimes the case that the public sector has a role to play, and this happens while maintaining a healthy investment climate. In this case, government is investing in — not subsidizing — a project that we know is profitable and will bring strong returns for all of us.

We are proud to have brought Canadians together in support of this project. There are those who said this would never happen. There were some who hoped it would fail for their own political interests. But those people don’t know today’s Alberta. We do things differently here. And together, we are building this pipeline — with B.C. workers using steel made in Saskatchewan from ore mined in Quebec.

The Trans Mountain Pipeline will keep Canada working. It will support tens of thousands of jobs and billions in financial benefits. It will ensure the national climate plan continues. And it will show the world that when Canada makes a decision, we stand behind it.

Now, it’s time to pick those tools back up, folks. We’ve got a pipeline to build.