The Conservative Party of Canada's former interim leader on why she ran for office—and why more Canadian women should run, too 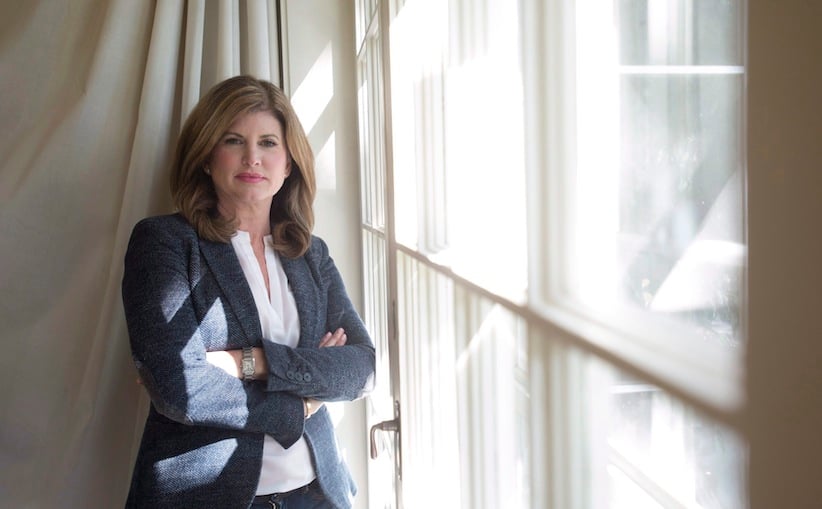 Interim Conservative leader Rona Ambrose speaks during an interview with The Canadian Press at Stornoway, Friday September 16, 2016 in Ottawa. THE CANADIAN PRESS/Adrian Wyld

Since announcing my resignation from the House of Commons recently, I have found myself able to reflect on the last 13 years of my political career. As with any career, there were ups and downs. But as a whole, I can honestly look back and say I have very few regrets; entering public life has been the absolute greatest experience of my life.

Growing up, I never harboured any political ambitions. I didn’t come from a family of politicians or one that was involved in politics. I was, however, fortunate to grow up in a family where world affairs, ethics and religion were discussed vigorously and freely at the dinner table.

My dad’s job brought our family to different countries for periods of time, so I was fortunate to attend international schools where I learned various languages, gained lifelong friends, and immersed myself in local culture. Some cultures embraced equality between women and men; others did not. Those experiences had a profound impact on my life.

From an early age I was motivated to act by the injustice I saw some girls and women experience merely because of where they were born. I felt a sense of obligation to never take for granted the opportunity I was given for having been born in Canada. I volunteered in women’s shelters, rape crisis centres and women’s organizations.

Even though I felt driven to do more, it never occurred to me that running for public office was an option. Like many women, I was asked more than once to run before it made sense to me. I also remember looking to women who had run like Diane Ablonczy and Anne McLellan as examples. Representation mattered to me. Seeing women in those roles helped me believe I could do it, too.

Running for office the first time was daunting, but the question I kept asking myself was, “what’s the worst thing that could happen?” The answer was not so daunting: I could lose and go back to my life with an amazing experience under my belt. So in 2004, I sought the nomination for the Conservative Party of Canada in the newly created riding of Edmonton-Spruce Grove. It was, at the time, the most hotly contested nomination race for the Party in the whole country-13 candidates, all but two of whom were men. I was an unknown, an outsider, a young woman. Nobody, except for my campaign team and I, actually thought I had a shot. Our motley campaign crew was a collection of young and old, led by an extraordinary individual who believed in our potential (and who happened to be gay) and the experience bonded all of us for life. I will never forget the Edmonton Journal headline the day after I won: “Unknown Scores Upset at Nomination.” From that point forward, I never looked back.

MORE: Women in politics: We’re not as equal as we think we are

When then-Prime Minister Stephen Harper asked me to join his cabinet, I was the youngest female in Canadian history to become a minister. I believe at that time only 39 women had ever served in that capacity. I served on cabinet committees where I was the only woman at the table.

Being elected by our caucus to lead the Conservative Party of Canada and becoming Leader of the Opposition was a rare accomplishment for a woman. I had an opportunity to be a strong female voice, and I never took that for granted. I was, and will continue to be, a relentless advocate for women and girls in Canada and abroad.

This is my story. But it could easily become yours. If you’ve thought about running for office, but haven’t yet, what is stopping you? I think I might know the answer. Generally, when I talk to young men about running for office, they say, “Sure, where and when?” But when I talk to young women, they seem to feel they need more life experience first, or they need to attain a higher education. In other words, they feel they are not ready and somehow not worthy.

I’ve seen elected life up close and I understand their hesitation. I have been a powerful minister in a meeting with a foreign counterpart who assumed at introductions that my male assistant must be me and I must be the assistant. I’ve been talked over by male colleagues who are dismissive of women’s opinions. It felt insurmountable to consider having a family while my spouse and I both had busy careers in two different cities. At times, I have been mocked, dismissed, insulted, threatened (including with sexual violence), underestimated, cyber-bullied, sexually harassed, disrespected and ignored because of my gender.

So when I hear a young woman say that she is not “ready”, I get it. But my response is the same: none of the negative experiences outweigh the incredible opportunity to change the lives of people that need your help. And you are not alone. I have also experienced overwhelming support, encouragement and advocacy from men and women in my life who were ready to champion women’s leadership. If you have the passion, then you are worthy, and you are ready now!‎

Running for office today as a woman is still not without its challenges, but if political parties step up to meet some of those challenges we will break down the barriers. One of the most important things political leaders and parties can do is to just ask women to run; women have to be asked to run an average of five times before considering a future in elected office. We also have to be willing to see women in all shapes and sizes as leaders—period. Could Andrew Scheer have been elected the leader of a national party if he were a woman with five children including a newborn? Could Justin Trudeau, as Liberal leader, have become a parent to his third child one year before a federal election if he were a woman? Outside of the practical challenges obvious in both these scenarios exists the real, judgmental, and sexist perceptions that women face in politics. And yet I remain optimistic. We are making progress every time we confront these challenges head-on, and the best way to do that is to throw your hat in the ring and compete.

You have been given an incredible gift by being born in a country like Canada, where you can run for office and have your voice heard. You can make change in the world, whatever your passion may be. So give it a shot. Women and girls both here in Canada and around the world need your voice. They need your advocacy. Never underestimate yourself.

So if you are thinking that running for public office might be something you are considering, my message to you is this: you are equal, you are worthy, and you can do it. What’s the worst that could happen?

Hon. Rona Ambrose recently served as Canada’s Leader of the Opposition and interim leader of the Conservative Party of Canada. Throughout her career, she has been a champion for the rights of women and girls and will continue to be a leader in this area in her post-political life.