Max Fawcett: If Canadian oil and gas companies are going to accept Saudi Arabia’s money, it’s probably time for their proxies to retire arguments about the immorality of their oil 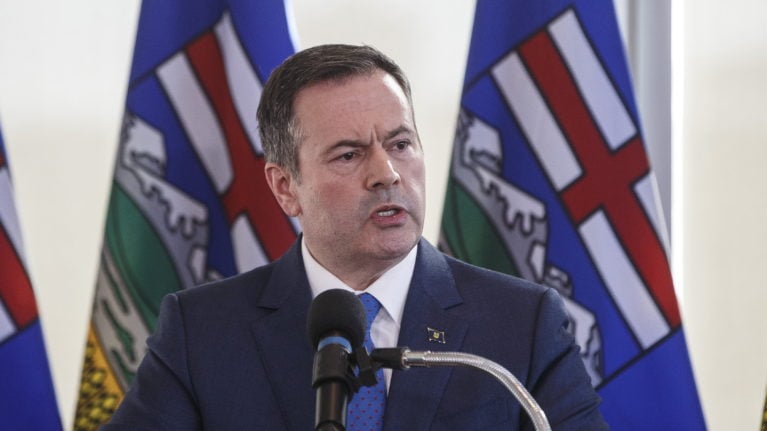 When Norway’s massive pension fund announced that it had sold its positions in major Canadian energy companies like Suncor and Canadian Natural Resources, Alberta’s premier came out swinging. “To be blunt,” Kenney told reporters last week, “I find that incredibly hypocritical.” After all, he said, Norway continues to develop its own oil and gas resources, including the 2.7 billion barrels that are contained in the new Johan Sverdrup field that is already producing 430,000 barrels of oil per day.

For those of a less pugilistic orientation, Norway’s decision might be seen as a prudent act of financial diversification; one that Alberta could easily emulate if it wanted to. If Norway is already producing oil and benefitting from the tax revenue and jobs it creates, there’s no need for them to double down by also investing their one-trillion-dollar nest egg in companies that also depend on the price of oil. This isn’t a philosophy that’s particularly popular in Alberta, mind you, given Alberta Investment Management Corporation’s well-documented history of being more heavily exposed to the energy sector than other pension funds.

But while Kenney was quick to call out Norway’s alleged hypocrisy in selling their shares of oil sands companies, he has so far remained silent about the news that Saudi Arabia’s Public Investment Fund was busy buying them. As Bloomberg reported last week, it now owns 2.6 per cent of Canadian Natural Resources, and two per cent of Suncor, which makes it the eighth and 14th largest shareholder in the two companies respectively. Ironically, it also added to its position in Equinor, the Norwegian company that’s developing the Johan Sverdrup field.

As Premier, Kenney has been at the forefront of recent efforts to paint Canadian oil and gas as more “ethical” and therefore more worthy of investment. This narrative, which was first advanced by Ezra Levant, has been deployed most visibly in the conversation about the Energy East pipeline and the decision by New Brunswick’s Irving Refinery to buy its oil from Saudi Arabia rather than Canada. But Kenney’s affiliation with it goes back much further than that. It was his former director of communications and parliamentary affairs, Alykhan Velshi, who created the “Ethical Oil Institute” in July 2011, and his former executive assistant, Jamie Ellerton, served as its executive director between January 2012 and April 2013.

Kenney is hardly alone in his fondness for Levant’s narrative, though. Its core tenets—namely, that Canada’s legal, environmental and regulatory standards make our oil more inherently virtuous—are practically articles of faith in the oil and gas industry. In an interview with the Calgary Herald, Nancy Southern, the CEO of Atco and a founding member of the Business Council of Alberta, was quick to invoke it: “I think it is time for people to stand up and demonstrate true moral leadership about the fact that the world is better because of petroleum products,” she said.

But if Saudi Arabia’s oil is a conduit for its anti-democratic and values, as ethical oilers like to argue, then what about its money? That money comes from the sale of its own ethically-challenged oil. Suncor and Canadian Natural Resources can’t prevent Mohammed bin Salman or the Saudi Public Investment Fund from buying their shares, but those who have been more than happy to bang the drum about Saudi Arabia’s moral and ethical failings could speak up here.

MORE: Coronavirus won’t hit Alberta as hard as others. But its economic wallop will be brutal.

So far, though, they’ve been conspicuously silent. Take Eric Nuttall, a fund manager with Ninepoint Investments and a frequent purveyor of the ethical oil narrative. In a recent tweet, he sounded positively delighted by the development, and made no mention of the ethical dimensions of Saudi Arabia’s money. “So much for Canadian oil companies not being attractive to foreign investors!” He wrote. “We are 100 per cent invested in Canada given highly attractive valuations and improving takeaway capacity and it’s interesting that Saudi Arabia agrees with us.”

In fairness to the industry, it’s hardly alone in speaking out of both sides of its mouth about Saudi Arabia. The federal government recently renegotiated a $14 billion deal that will allow the sale of Canadian-made light-armoured vehicles to the kingdom (a deal that was originally struck by the Harper government back in 2014). And MBS hasn’t been shy about using Saudi Arabia’s wealth to buy its way into companies and communities throughout the west, including a recent bid to buy the English Premier League’s Newcastle United football club.

But if Saudi Arabia’s money is going to be used to buy and hold the shares of Canadian oil and gas companies, it’s probably time for their proxies to retire arguments about the immorality of their oil. After all, as Jason Kenney will tell you, nobody likes a hypocrite.