Paul Wells: The dunking on politicians who spent the holidays outside of Canada left a mark, but hardly addressed the ways the COVID fight has really gone badly 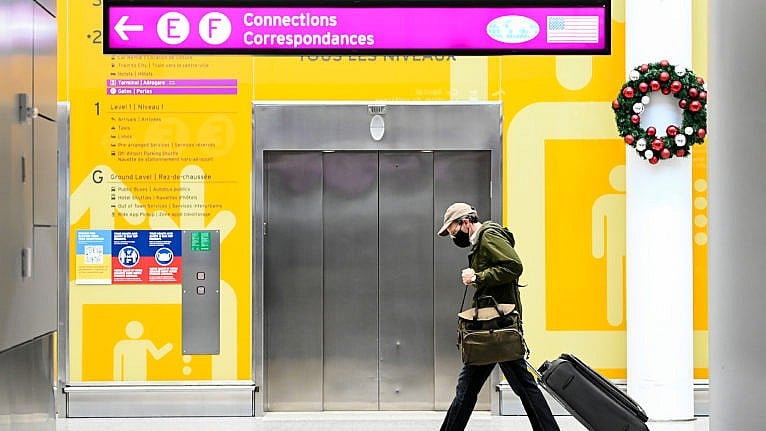 Mood swings are a common sign of anxiety. How do you feel about politicians these days? It seems to depend when, and how, you’re asked.

If the politicians come to you en masse seeking re-election, they seem to do well. Both New Brunswick and British Columbia have had elections since the COVID-19 pandemic struck, and the voters returned both governments with bigger margins of victory. Polls suggest much the same would happen to Justin Trudeau’s Liberals if they found themselves in an election, and to the governing parties of the two largest provinces, Ontario and Quebec—despite serious questions about how every government has handled this endless bizarre crisis.

But if a politician separates himself from the herd and sports an umbrella drink while cavorting with inflatable pool toys, well, then there’s trouble. The big new spectator sport of 2021 has been the national game of Dunk the Vacationing Politician. All ages can play, and party stripe is no barrier to entry. Liberals, Conservatives, New Democrats, Quebec sovereignists, provincial or federal, in government or in opposition—if you got caught outside the country over the holidays, you’ve probably already lost your ministerial portfolio, committee chairmanship or whichever other perk you once valued most.

Motive appears to have been no defence. NDP MP Niki Ashton visited her sick grandmother in Greece. She still lost her critic portfolios. Liberal MP Kamal Khera went to a memorial service in Seattle for her dad and uncle. She’s no longer parliamentary secretary to the minister of international development. I guess that’s a kind of punishment? Anyway. These sanctions are not less harsh than those reserved for the more numerous pols who, like former Ontario finance minister Rod Phillips and Alberta Premier Jason Kenney’s former chief of staff Jamie Huckabay, simply wanted to catch some sun.

At some point outrage becomes so widespread that it’s hard to parse in detail, but there seem to be three distinct arguments implied in this winter’s backlash against Canada’s winter electoral diaspora. First, since millions of Canadians had to curtail their holiday socializing to limit the coronavirus’s chances of infecting new hosts, anyone who’s in politics for a living must do the same. Second, that travel is an expression of privilege and it’s grotesque to be showing off how well you live when others are suffering. Finally, that governments haven’t been shy about coercing the rest of us to follow their rules, so they’d damned well better follow them too.

It’s actually possible to find flaws in each argument. Vacationing in the sun isn’t particularly more dangerous, to oneself or whomever one meets, than staying home, as long as you quarantine for a while in each new locale. That’s why governments, which have indeed not been shy about coercion, haven’t forbidden most people from travelling to most of these destinations. In other words: you could have gone where most of the politicians went, while they were there.

But could you afford it? That’s the privilege argument. Here again, travel is a shaky proxy for class advantage. All kinds of people save for the odd trip. And there are plenty of ways to display privilege without travelling: working from home, for instance, isn’t really an option unless your main product is ideas. Social stratification hardly starts at the water’s edge. It’s everywhere. Adding suitcases and boarding passes doesn’t make it worse.

I’m conscious of howling into the wind. We entered the tautology phase of this controversy—people are angry, so it’s outrageous of you to ask why people are angry—pretty fast. Too fast for poor Jason Kenney. The Alberta premier finished the week of New Year’s marvelling at how quickly his colleague, Ontario’s Doug Ford, had fired his minister Rod Phillips for a vacation that Ford knew about and didn’t protest. I sure won’t do anything like that, Kenney said. Then he came back from what must have been a rough weekend and fired his municipal affairs minister. Imitation is sincere flattery. Ford must have blushed. One presumes Ford knows less Latin than Kenney does, but he seems to be quicker at reading tea leaves.

RELATED: So when do we start promoting democracy?

My main objection to this odd early-winter pruning of the political class is that it hardly addresses the various ways 2020 went badly for the fight against COVID. Here’s how much responsibility Niki Ashton has for the case fatality rates in her home province of Manitoba: not much. Here’s how much more quickly you’ll get a vaccine, now that Ashton has been properly punished for visiting a sick relative: not at all. Meanwhile there are actual health ministers and education ministers with line responsibility for these files, and apparently they’re fine as long as they don’t break out the board shorts. In fact, as I pointed out above, most of them seem to have little to fear from their respective electorates.

The New Year’s frenzy would have been easier to like if it had been prospective instead of retrospective—if politicians had been given a clear warning regarding future behaviour, rather than surprise punishment for past behaviour. I also wish we had more of a sense that the scale of an apparent infraction had any bearing on the punishment. That wouldn’t have saved Rod Phillips’ seat at the cabinet table—his offence really was rank. But it might have meant going easier on some of the others.

What made Phillips’ case so bad? Surely it’s the elaborate suite of fraudulent social-media products—photos of Rod at shops in his riding, video of Rod by the fireplace in his riding—that his office dribbled out on Instagram and Twitter while he was on the beach at St. Barts, nowhere near his riding. That’s a clear firing offence. But is it really so far from the genteel social-media dream worlds so many politicians concoct, or have their staffs concoct on their behalf? We all know federal or provincial politicians who market themselves on Instagram as creatures of perfect virtue. In too many cases, running that Instagram account seems to be their main job; sitting at a cabinet table or introducing legislation is merely a grim sideline to the real task of being a walking advertisement for your own re-election. Phillips was so bad at it that he lost his job. Will his example inspire even a hint of introspection in the rest of them?

This article appears in print in the February 2021 issue of Maclean’s magazine with the headline, “The daft and the furious.” Subscribe to the monthly print magazine here.