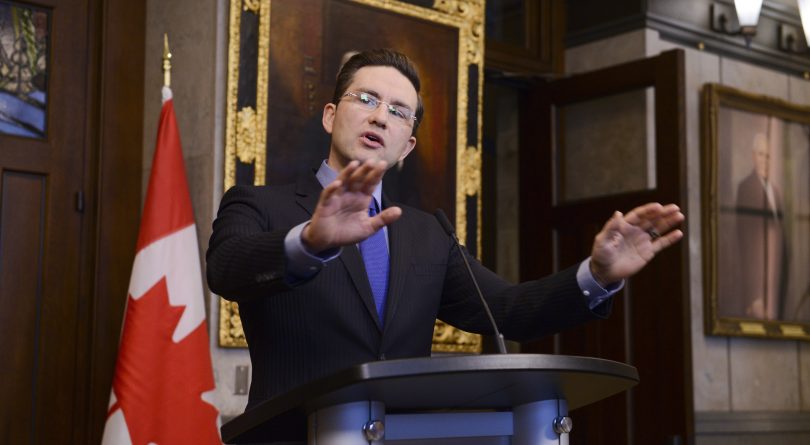 In the end, the first shot in the Conservative leadership contest wasn’t fired by Rona Ambrose, Peter MacKay, Jean Charest, or any of the other media darlings. It was fired by wee Pierre Poilievre.

Yes, the man they call “Skippy” on Parliament Hill has scored first, in the form of a well-informed exclusive in the Toronto Star announcing that John Baird and Jenni Byrne will have senior roles in the soon-to-be-announced Poilievre-for-leader campaign. It’s a strong hit for Poilievre, who is better known for parrying blows in the House of Commons as Stephen Harper’s parliamentary secretary. Baird and Byrne are big business in the Conservative Party and their endorsement is meant to send a message to those still sizing up their prospects—the big guns are off the organizing menu.

A cynic might even call it the flip side of a coup coin. Baird, let’s remember, is still meant to be out learning the lessons of the last (failed) campaign, while Byrne was last seen putting shivs in the back of Andrew Scheer. Was Mr. Poilievre always their plan B?

MORE: Who wants to be Conservative leader?

But is Poilievre really the man the Conservatives need to freshen up their public perception as a pack of howling monkeys happy only when they’re throwing poop at Justin Trudeau? And isn’t Poilievre the one most often caught with the excrement in hand?

Poilievre is, after all, the man who was forced to apologize for bringing a “tar baby” into the House of Commons. He is the man who stuck his foot in Stephen Harper’s historic Residential Schools apology when he opined on radio—ahead of Harper’s apology—that Canada wasn’t “getting value” for the four billion dollars the apology would cost. And then there was that time Poilievre blew through Parliament Hill security because he didn’t want to wait another few minutes to get to work. Is this really the face that will launch thousands of new Conservative memberships?

MORE: What if the Conservatives had a ‘centrist’ leader?

Say what you like about Poilievre, but few can question his application. He works his constituency hard. He’s learned his French. He puts in a good shift on Parliament Hill. He left a series of painful scorch marks on Bill Morneau as his opposition finance critic (although, to be fair, who couldn’t beat up the worst finance minister in generations?). And he does yeoman’s work on behalf of the Conservative Party.

But as Maclean’s columnist Paul Wells notes, the challenge for Poilievre will be convincing anyone who knows him only from the six o’clock news that he’s more than an attack dog. Fortunately, a leadership race provides a perfect opportunity to broaden the Poilievre palette.

And the leadership race is where Poilievre should be judged. Criticizing an attack dog when he’s been asked to be an attack dog so the Prime Minister doesn’t have to be his own attack dog is beside the point. The whole point of Poilievre being leader would be to take that job description away from himself. Not that the Liberals would let him slip those goat horns easily.

Then again, putting the Liberals in a place where they become attack dogs isn’t necessarily a bad place for the Liberals to be if you’re a Conservative. The urge for the Liberals to do to Poilievre what Conservatives love to do to Trudeau would certainly be an interesting change in dynamic. The task for Poilievre will be to set out some exciting new policy during the leadership race, and something bigger than his idea for a children’s sports tax credit, (which was put into place by Harper early on in his mandate before being cancelled by Trudeau).

Underestimate Poilievre at your peril. A man who was born in the West, speaks good French, and cut his teeth in Ontario politics is a decent mix of political skills. If Poilievre can demonstrate he’s grown wise with age he has a very good shot.