Stephen Harper vs. the Media, round infinity plus two

Andrew MacDougall: Harper's take on his 2015 loss may have missed the mark, but there is also more truth to it than the Canadian media would like to admit 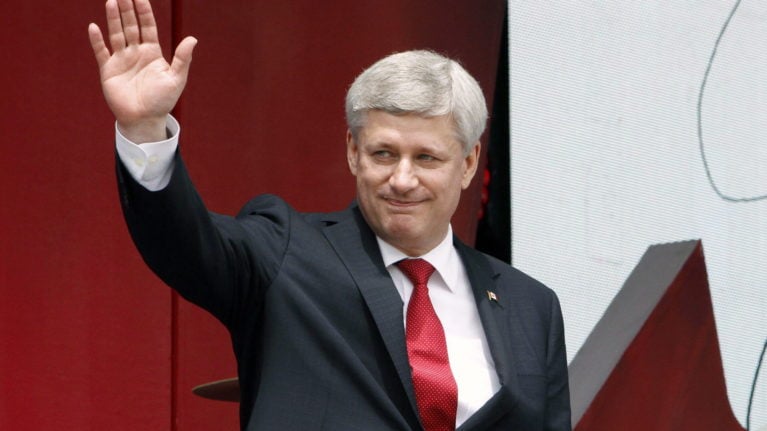 An old clip of Stephen Harper slating the Canadian media and its supposed role in his loss in 2015 is once again making the rounds online and, judging by the reaction on Twitter, it’s not only Mr. Harper who hasn’t quite come to grips with his demise. The journalists who covered him haven’t recovered either.

Susan Delacourt of the Toronto Star responded to Harper’s tart clip by bemoaning his “grudge-laden soul.” Veteran National Post columnist John Ivison labelled the former prime minister’s take “bollocks,” while Chantal Hébert, star of English and French print and television, shared the clip with the rather tasty comment “when Stephen Harper derails.” And then there was Global News chief political correspondent David Akin, who felt compelled to deliver a vigorous defense of journalism in response to Harper’s cobwebbed comments. And the list went on.

And why all these dirty looks?

While on tour promoting his 2018 book Right Here, Right Now: Politics in the Age of Disruption, Mr. Harper offered a précis of his election loss to Dennis Prager, a darling of the muscular U.S. right-wing Internet ecosystem, whose ‘PragerU’ videos regularly rattle up millions of views. And as the two men discussed conservatism in Canada and the United States, Harper offered up his somewhat loose and rather paranoid interpretation of the media’s role in his 2015 defeat.

Harper first set the scene, explaining that the February 2015 implosion of Sun News Network before the election deprived him of his only natural media support. As a result, there were virtually no centre-right journalists left in any outlet in the country, including only a ‘tiny’ bit of right-wing radio across the land. He then claimed that all three major television networks in (English language) Canada were to the left of the BBC.

READ MORE:  What on earth is Stephen Harper up to?

But it was what followed from Harper that really lit Canadian journalistic fuses.

There were “many reasons” he lost the last election, Harper explained, but one of them was that the media “would not cover my announcements.” They would not cover “any gaffes of my opponents.” They “scrubbed it out” of their coverage, he added. Feeling his oats, Harper then accused the media of “coordinating their coverage” and of not running any ads that depicted Justin Trudeau in an unfavourable light. The media, Harper claimed, censored the Conservative campaign right out of the coverage.

Now, there is a lot of bullspit in this take, a lot of which I also heard during my tour of duty, but there is also more truth than anyone in the Canadian media would like to admit.

The media absolutely did cover Harper’s announcements. Indeed, that was arguably part of the problem. Anyone remember the extensive coverage of the so-called ‘snitch line’ for barbaric practices made by cabinet ministers Kellie Leitch and Chris Alexander? That got a lot of ink. The problem with the 2015 Conservative platform was that there weren’t enough newsworthy announcements to drive the coverage, especially in contrast with Trudeau’s pledges on deficit-spending (whoops!), electoral reform (whoops!), pot and the environment.

Dogged throughout by the spectre of Mike Duffy, the only time the Conservative campaign really cut through was when Harper announced the conclusion of negotiations for the Trans Pacific Partnership (which Harper then did much to derail by getting sidetracked on niqabs during a subsequent interview with the CBC).

Nor did the media “coordinate their coverage”. There might be a lot of bias and groupthink in the Canadian media—an entirely separate issue—but they come by it honestly, not through collusion. Harper was most likely referring to the limited questions he offered up to reporters, a move that forced reporters to discuss their questions in advance, something they wouldn’t do if they were each guaranteed a go. (This is something, by the way, that still happens under Trudeau, even if it isn’t matched by Harper-like levels of caterwauling from the media.)

Then there are the smaller quibbles. The press, for example, still had conservative voices in 2015, as evidenced by the wall of Conservative endorsements in the last days of the election. And while it’s true the day-to-day grunts in the Parliamentary Press Gallery might not have been sympathetic to Harper, that was likely a function of the by-then nearly 10-year war over access between the two parties, and the general desire to cover something new, i.e. a new government, rather than any censorious urge.

The greatly diminished reporting corps in Ottawa is, if not overtly hostile to conservative views, largely unsympathetic to them, owing to a shared experience that is increasingly urban and left-of-centre, especially as the gallery gets younger. And while this might be the broader direction of travel in Canada, it is not everyone’s direction, something the rise of outlets like Rebel Media teaches us.

The decline of the regional press in Ottawa is another contributing factor to the big-city feel of modern Canadian media, something that will only get worse as more outlets go under and the taxpayer-funded CBC’s influence grows. And as views that don’t meet the current orthodoxy go unacknowledged, they turn up in more virulent form in less salubrious places.

And while Harper didn’t make these arguments explicitly, it is clear they influenced his commentary to Prager. There is, as Harper noted, no Canadian equivalent of U.S. talk radio. Being a resident of Britain—although not the one Harper was referencing—I would also agree that all three Canadian television networks are pegged to the left of or, at best, at the BBC’s level.

The rather docile coverage of Trudeau in the age of COVID-19 feels like another proof point. While the BBC and other British outlets, including the right-wing tabloids, are busy kicking the stuffing out of Boris Johnson and his government, it feels like Trudeau is the recipient of a lot of benefit of the doubt. Part of this is surely the provincial responsibility for health in Canada but the failures on borders and other federal issues like public health guidance on masks deserve more outrage and scrutiny than they’ve received.

Returning to Harper’s commentary on 2015, the truth is the television broadcasters did team up to try and block the use of footage from their programmes in political advertising ahead of the election, a move they say was targeted at all parties but clearly aimed at the one with the finances and habit of putting their opponents’ gaffes on a repeat loop on screens across the country. Subsequent to Harper’s comments to Prager, the CBC actually sued the Conservative Party for using its footage in the 2019 election, making a mockery of itself and fair use in the process.

Politicians’ comments aren’t some proprietary Schitt’s Creek, they’re meant to go far and wide. That’s why they’re broadcast. And God knows they’ll be reported as such if taken out of context.

But forget Stephen Harper, especially the one on a book tour looking to sell copies to conservative audiences that still buys books in big numbers. Harper’s not going to change, nor will the press gallery’s opinion of him. Besides, there are enough challenges in the present without digging up any problems from years past.

COVID-19 is, as you read this, kicking the stuffing out of the news and a great many other businesses. A media bailout was already in place for some outlets before the current unpleasantness and more will surely be done before it is over, especially by this government. This might keep the lights on, but it will also have the pernicious effect of opening up more accusations of bias from those whose don’t feel their views are given a fair shake by the current gatekeepers in the press.

And with the sewer of social media continuing to reveal journalist preference and bias on a minute-by-minute basis, the foundations of any future trust are rapidly eroding. Both sides need to smarten up if we’re to avoid disaster.

The current crop of Conservative leadership contenders need to drop any cynicism and lean into the press. The game won’t change if you don’t play and the current lot in power aren’t exactly distinguishing themselves. And while Donald Trump is able to be supported by a network of partisan outlets, the same just isn’t possible in Canada, at least not anytime soon, so there’s no point playing to the bitter crowd.

As for the press, most journalists I know subscribe (faithfully) to the view their job is to hold those in power to account. So how about devoting every waking minute to that task, leaving the commentary and any perceived celebrity to the entertainment industry? If you’re not a columnist I don’t want to hear your opinion about anything political.

It might be to close the barn door after the horses have bolted, but journalists need to, now more than ever, begin applying the rules of journalism to their social media output. Nearly every ‘like’, RT and comment on social media reveals personal views, something straight news reporters should be loath to advertise to the people they cover. If it wouldn’t make it into your copy it shouldn’t make it onto your platforms.

Less time online will also, one hopes, make for a smaller bubble and, ultimately, better journalism. Put differently, why should anyone reading about the world now care about what a guy who used to run one country thought about you a few years ago?