Gabrielle Peters: The effort to widen eligibility for MAiD to include disabled people who are not actually dying is dangerous, unsettling and deeply flawed 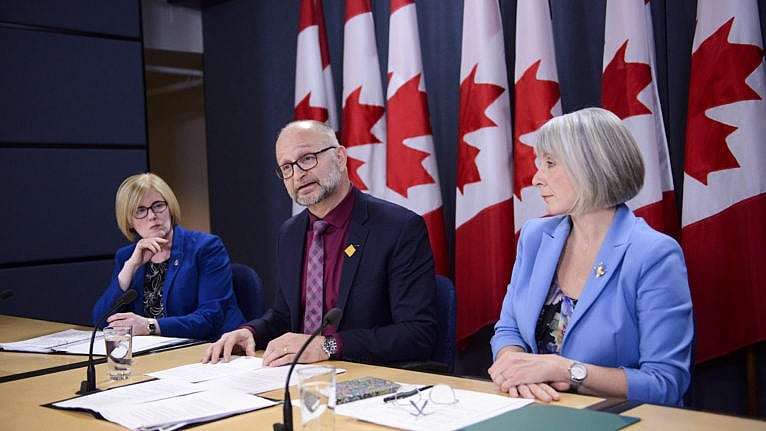 Gabrielle Peters is a writer living in Vancouver

Dr. Corinna Iampen said she was surprised when the physician standing by her bedside asked if she wanted to speak to the MAiD (medical assistance in dying) team as she recovered from a permanently disabling but non life-threatening injury.

Iampens voice cracks with emotion as she remembers the moment, “I was not expecting MAiD to be raised with me. It wasn’t something I was thinking about.” Iampen says her interaction  does not seem to have been an attempt to induce or coerce her into considering MAiD, but rather a physician confused about what the legislation requires her to do.

The apparent confusion, lack of proper monitoring and transparency have been among the concerns raised about the legislation, which is supposed to require that death be reasonably foreseeable.  These are also among the reasons given for opposing its expansion beyond end of life care.

This week members of the Canadian Senate resumed hearings about Bill C-7,  a bill that will widen eligibility for MAiD to include disabled people who are not actually dying.

Disability advocates, activists and organizations, along with over a thousand Canadian physicians, bioethicists, legal and other scholars have presented a unified front against this bill. Last week a team of UN experts including the UN Special Rapporteur on the rights of persons with disabilities declared such legislation to be in violation of the UN Convention on the Rights of Persons with Disabilities, which Canada has ratified.

“Disability should never be a ground or justification to end someone’s life directly or indirectly,” wrote a group of UN experts in a statement. “Such legislative provisions would institutionalize and legally authorize ableism, and directly violate Article 10 of the UN Convention on the Rights of Persons with Disabilities, which requires States to ensure that persons with disabilities can effectively enjoy their inherent right to life on an equal basis with others.”

Last November Iampen was at GF Strong Rehabilitation Centre in Vancouver while recovering from a spinal cord injury. She was just beginning the process of healing and adjusting to the idea of her life as a paraplegic after sustaining an injury around  a month prior. She said she requested a DNR be put on her file in case anything further happened. (Iampen later changed her mind and had the DNR removed.)

While discussing this with her physician, who she describes as very pleasant, she was asked if this meant she would also like to apply for MAiD. Iampen said the question shocked her since in her mind the two are very different things; a DNR means limiting the intervention her medical team uses if and when she is in danger of dying (which she was not nor was it part of her prognosis), whereas MAiD would have doctors taking action to cause her death.

Trudo Lemmens, a professor and Scholl Chair in Health Law and Policy at the University of Toronto sees what happened as a reflection of the way MAiD has, in a very short time period, moved from the confines of an option for those who are dying, to a medical ‘treatment’ for disability. “The fact that physicians are even thinking about offering MAID in response to spinal cord injury is a troubling reflection of how MAID has been transformed in Canada from an exceptional procedure to ease the dying process into a therapy for serious injury and disability.”

Lemmens said raising the possibility of MAiD to those who are not facing a “reasonably foreseeable death” is offering something illegal under current legislation. But it could become standard practice if Bill C-7 is passed. “Recommending MAiD in that situation would clearly violate the standard of care, would under the current law be recommending homicide, and would violate the important role physicians have in offering hope through supportive therapy; not death.”

A disabled man in London, Ont., Roger Foley released audio recordings of hospital staff offering him MAiD and outlining the costs of keeping him in the hospital in response to his expressed wishes to live at home with support.

“There is an inherent power imbalance between doctors and patients in our medical systems. Doctors have the power to save your life, so you must not seem too defiant. When being offered death as a treatment with this power imbalance at play,” says Sarah Jama, the lead organizer for Disability Justice Network of Ontario, adding, “It’s very easy to see that as the only option, especially if you don’t have the money to fund proper medications and the needed therapy. When adding race and medical racism to the mix we see these systems treat Black and Indigenous people as inherently worth less.”

In addition to structural discrimination faced by disabled people key issues that have been missing from the government consideration of Bill C-7 is how poverty and racism intersect with disability to create greater risk of harm, more institutional bias and barriers, additional layers of othering and dehumanization, and fewer resources for addressing any of these.

Multiple scholars and disability advocates have challenged the way autonomy is raised in the context of MAiD, minus the conditions necessary to make living a real choice.

Harold Braswell, associate professor of health care ethics at Saint Louis University explains, “Arguments in favour of MAiD claim to extend ‘autonomy’ to the choice to die. But they generally say little about giving disabled people more autonomy over the resources that they need to live fulfilling lives. This richer model of autonomy is often unavailable in social service systems, like Canada’s, whose institutional bias strips disabled people of their rights. This unavailability can drive people to want to end their lives prematurely: not as an expression of autonomy, but of its absence.”

Iampen supports the right of those who are dying to have the choice of MAiD, but the timing and context of it being suggested concerns her. While as a doctor she was in better position than most to understand the medical issues facing her, experiencing life with a disability was an unknown and some aspects of her experience as a patient in a rehabilitation hospital were unexpected and unsettling.

She explains there wasn’t much emphasis put on how to adjust and adapt for the future. “It wasn’t about maximizing your potential, it was just about surviving.” Iampen said that sometimes the response she received when trying to assert even the smallest agency over her care or even the timing of something as simple as when she brushed her teeth, led to her feeling like she was an inconvenience to those around her.

Iampens is also concerned about others whose personal situation might be quite different from hers. “I have a supportive family and even my patients were sending me notes and gifts to tell me how much they value me. I wonder about people who don’t have those things.”

Family support is vital. As is exposure to other disabled people who can provide some perspective and hope. Spring Hawes, a peer mentor for people with spinal cord injuries and who herself incurred a spinal cord injury in 2005 making her a tetraplegic, said she recently asked a young athlete who was in rehab for a spinal cord injury how he was doing. “He said he was depressed because he was letting people down with his ‘bad attitude.’”

Hawes questions what a bad attitude is when you are recovering from a near-death event. “He should have been being encouraged; offered support and counselling to help him come to terms with his life-changing injury. Instead, those around him needed him to minimize his struggle so that they would be less discomforted. Being young and vulnerable, he internalized this message. Exactly these situations are what make Bill C7 so very dangerous for disabled people.”

Today Iampen, with the support of family and friends, is busy making plans that include installing a ramp on her office so she can get back to work.