Thanks to NIMBYs, the rest of Canada might be right about Toronto

Tabatha Southey has long argued that Toronto is a great place to live. But a rising tide of not-in-my-backyard attitudes is making her position hard to defend 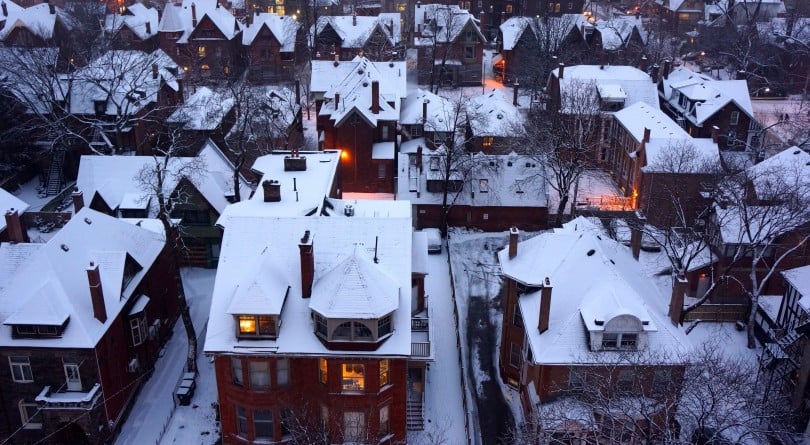 An aerial wintertime shot of the Annex neighbourhood in Toronto. (Shutterstock)

It can be difficult to explain a love of Toronto to your friends if they, say, live in London or New York. Trying to sell people on why one sticks with Toronto, you find yourself saying the civic equivalent of “Look, it’s really good in bed.”

Toronto’s certainly not an overwhelmingly beautiful city, but I tell myself that that means people have to look a little harder to find the beauty, and that this engages the city’s residents more deeply. Who wants to go bird-spotting in an aviary, anyway? I’m looking at you, Paris.

Toronto is, for the most part, an accommodating city, I tell people when I pitch it. It made room for me when I moved here at 16, and I meet people from all over who tell me the same thing. They feel that Toronto let them in.

But after a very NIMBY week in a very NIMBY year in Toronto, I’m thinking about packing my Toronto testifying in. I am considering taking my arguments of “But it’s very walkable!” and going home. At this point, if anyone asks, I’m from Vancouver.

I have witnessed NIMBYism in Toronto before. NIMBYism—the not-in-my-backyard attitude that tends to afflict the most comfortable homeowners—has become the languid sport of my own gentrified, historic neighbourhood of Cabbagetown. NIMBYism is what gets us together and strains us just enough to make us feel virtuous. NIMBYism is our lawn bowling.

Cabbagetown was in the local news a few years back over concerns about a splash-pad that replaced an old wading pool. The awning over a portion of the pad was, as it was described in a petition, not a “heritage colour.” Therefore it was both a “gaudy embellishment” and “a flagrant violation” of the “heritage nature of our neighbourhood,” some complained. And so we delayed the opening of the entire pad during a scorching summer

Basically, Cabbagetown stopped that splash-pad as it went out the door and said, “You’re not bringing joy to children wearing that, young-and-therefore-not-Victorian lady!” But everyone relax: the cover is now green.

Cabbagetown survived the Great Splash Pad Colouration Crisis. Thanks to a compliant city council and some tasteful swatches, my neighbours and I were not forced to abandon our homes and take refuge at a Farrow and Ball paint store.

People in the rest of city made fun of us over this incident, and I loved them for it. Then they stopped, because it was time to start making fun of us over something new: a concerted local campaign to remove a well-used Bikeshare rack from the edge of our public park. The bikes were non-heritage, it was said, as though all the cars beside them were penny-farthings.

More recently, there was an uproar about a proposal to build a 93-unit condominium and retail building about eight blocks from my house, in the actual armpit of the city, on a parking lot so grim that cars won’t even park there. Abandoned shopping carts huddle beside a dumpster, as though for shelter. There’s also a Beer Store on the site which is on a main road in the centre of town, a great place to live. Yet much of the fuss about the plans for the well-designed eight-storey development (which some geography-challenged folks bemoaned was “mountainous”) centred around the fact that the ground-floor retail space of the building would include—someone hold me—a Beer Store.

Yes: people who bought homes near a Beer Store complained that they’d have to live near a Beer Store. That 93 new homes on the strip might mean the Beer Store would get some sustainable retail company and might one day not be defining feature of their block—along with that armpit parking lot—was no solace to these people.

There is a traditional prayer in Toronto: Lord, let the density in my neighbourhood never reach the level that a decent restaurant might survive within walking distance from my house.

I’ve seen so many of these “I’ve got mine” land wars in Toronto, a city in desperate need of housing. Just last summer, a Toronto’s who’s-who of the very-well-housed in the downtown Annex neighbourhood objected to the building of an an eight-storey, 16-condominium building that was begging to replace the two-storey commercial building on Davenport Road, a main road that currently boasts little more than a carwash.

No less a figure than Margaret Atwood spoke up. “I join my neighbours in their concerns about setbacks that violate bylaws, and about privacy issues, and about the precedent such large violations of bylaws would set, not only for the neighbourhood but for the city,” she wrote in a letter to the Toronto & East York Community Council. Her husband, fellow writer Graeme Gibson, wrote that the development plans “hover close to a brutal and arrogant assault on a community that has been here since the 19th century.”

“Nineteenth century,” London laughs. “There are trifles that have been around here longer than that.”

Cleophee Eaton— yes, one of those Eatons— and her artist/photographer partner Scott McFarland emailed their city councillor a number of objections and suggestions, including “if there are balconies, they should face Davenport,” reported the Toronto Star, or, if they are permitted west, “they should be Juliette-style balconies.”

By the time you’re saying, “you don’t get a balcony, because I have a yard,” you’ve moved beyond Not in My Backyard and into the territory of Nowhere Near My Mini Versailles.

Naturally, the Annex outcry got some national, embarrassing press. The whole affair made me want to start walking the streets with a plastic CN Tower sticking out of my purse so people would think I didn’t live here.

To give some context, no precedent was being set by allowing the Davenport building. After all, just about nothing in Toronto meets the zoning regulations which exist at odds with the city’s official plan, a plan that rightly aims to fit more people into the downtown core. And changes must nearly always be applied for, so these are hardly “violations.” Signs declaring that “a change is proposed for this site” blanket the city like civic wallpaper, and the process is long and costly.

Speaking at the 10-year anniversary of the Sharp Centre in Toronto, a building so amazing and delightful I’m surprised it got built at all, the architect Will Alsop said he had fully built four buildings in London in the time it had taken him to have one not approved in Toronto. “Lawyers are the de facto planners in Toronto,” he said dryly.

READ MORE: Why are there so few supervised injection sites in Canada?

Meanwhile, seeing that the Annex might be angling to take this year’s NIMBY crown didn’t seem to sit well with my Cabbagetown neighbourhood, so we’re apparently going for the gold, taking a bold stance against Big Childcare. Some neighbourhood people have dared to put in an application to alter an existing 2.5-storey mixed-use building, once “Shops for Joseph Watson, 1888,” according to a plaque. The building currently contains four dwelling units and two retail/commercial units, and developers want to convert the building in its entirety to a day nursery. No liquor licence has been applied for; the venture does not promise to be unruly. Yet from much of the neighbourhood response, one would think they were asking to convert it into a 76-storey condo development marketed to one-eyed-one-horned flying non-heritage-colour people eaters.

Cries echoed through the neighbourhood: “Won’t somebody think of the children? Specifically, how to keep the children off my lawn?” It’s not everyone, but every neighbourhood has someone who walks boldly into public consultations and announces, “I am the Lorax, I speak against everything!” The eye-rolls they quietly get in response seldom get heard in these affairs.

If this project gets quashed, I may give up defending Toronto to the rest of Canada. Maybe you were right about us, Calgary. You called it, Winnipeg. No, Halifax, those names were not uncalled for. Okay, St. John’s: tough, but fair.

My new campaign: “Come to Toronto! We’ll fight tooth and nail to make sure you don’t have a place to live or send your children while you work, but have you tasted our tap water?” isn’t focus-testing very well.