The conservative case for a carbon tax in Canada

Opinion: Instead of scoring cheap political points on Trudeau’s carbon tax, Conservatives need to get serious and offer their own alternative 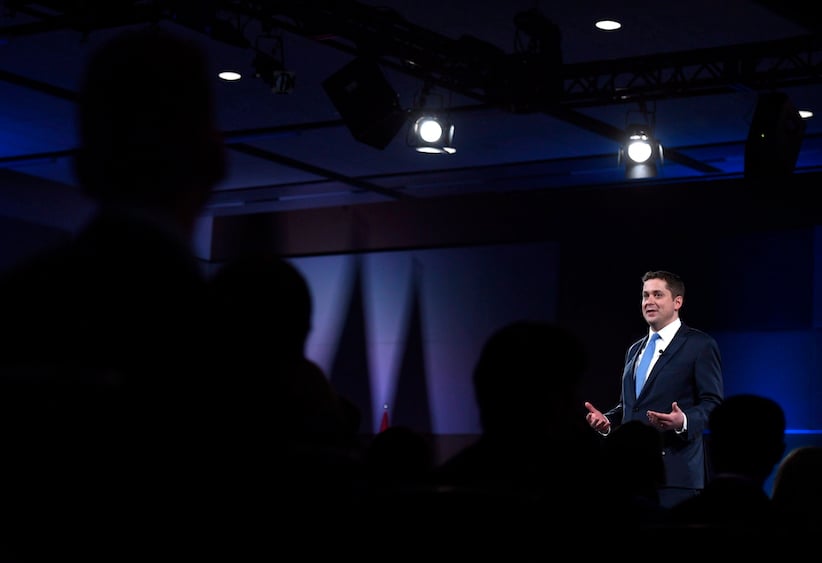 Ben Woodfinden is a former Manning Centre intern and a writer. He holds an MA from Carleton University.

Conservatives live in political exile across Canada right now. The federal government is Liberal, and only Saskatchewan and Manitoba have centre-right premiers. However, within the next 18 months, the Tory Premiers club could well have three new members from Ontario, Quebec, and Alberta. By the end of 2019, Conservative premiers between the Rockies and the St. Lawrence could all of a sudden exert a significant amount of political power across the country, governing five provinces that collectively accounted for 80 per cent of our population and 81 per cent of our GDP in 2016. In this scenario, Canadian Conservatives would go from the political wilderness to a position of relative strength.

While conservatism has different flavours across the country, these current and potentially future leaders have been nearly unified in their opposition to the implementation of a carbon tax, or carbon pricing. In the current Ontario PC leadership race that began after the resignation of Patrick Brown, all the major candidates have come out opposed to the carbon tax. At the recent Manning Conference in Ottawa, Andrew Scheer promised that one of his first acts as Prime Minister in 2019 would be to scrap the federal carbon tax. New Saskatchewan Premier Scott Moe vowed that he “will not impose a carbon tax on the good people of this province.” Jason Kenney, expected by many polls to be the next premier of Alberta, has promised to eliminate the “job killing” carbon tax in his province, and fight the federal government’s attempts to impose one across the country. Manitoba Premier Brian Pallister is the only current major Conservative leader in the country who is supportive of efforts to put a price on carbon.

But opposition to a policy is not a policy in and of itself. If these leaders are serious about governing, then reducing emissions is an issue they must take seriously; indeed, polling shows that nearly half of all Canadian voters won’t consider a party or a candidate that doesn’t have a plan to combat climate change. Yet, instead of proposing viable alternatives, Conservatives are refusing to contribute anything to the discussion other than throwing temper tantrums and scoring political points. And on top of that, while opposition to the tax may be popular with the grassroots, a carbon tax, if implemented correctly, can actually be a deeply conservative idea, in that it is the most viable market-friendly option to reduce emissions. Those on the right WHO are serious about good governance, free markets, and limited government, need to adopt and embrace this approach and offer their own version of the policy.

A conservative carbon tax could look something like this: a revenue-neutral price on carbon emissions whereby any revenue gained from the tax would be used to reduce taxes in another area. An obvious candidate would be a reduction in income tax rates. Carbon pricing would allow for an end to the various subsidies and tax preferences the government currently gives to green energy, allowing market forces, instead of politicians and bureaucrats, to pick the winners and losers.

Carbon pricing is an example of a consumption tax. These sorts of taxes are “regressive” because they shift the tax burden onto low-income earners. To offset this, the policy could incorporate a tax rebate to low-income earners so that it would not disproportionately impact these individuals. Carbon pricing would have a significant impact on Alberta, which produced 39 per cent of our 2015 emissions, and an eventual federal Conservative policy could also include an adjustment to the way equalization payments are structured to ensure that the price does not have a disproportionate impact on the Albertan economy.

A carbon tax is an example of what economists call a Pigovian tax—a tax on an activity that generates a negative externality. A negative externality is a cost that is suffered by an unrelated third party—not the producer or consumer—as a result of an economic transaction. Pollution is the best example.

Carbon pricing is a remarkably elegant market solution to reducing emissions. Pricing would enable the reduction of a wide array of regulations and government interferences in the market. Pricing would give consumers and companies clear signals about the cost of the negative externality, and allow them to figure out for themselves the best way to respond. This requires minimal regulation and government interference other than at the point of production.

Alberta, Saskatchewan, Manitoba, Ontario, and Quebec accounted for 85 per cent of our 2015 greenhouse-gas emissions. By offering up this alternative, Conservatives can show that they really are interested in conservation and sustainability, opening up the Conservative brand to a wider range of the voting population, while not being forced to abandon their principles. Even better, Conservatives can do this while supporting and advocating for market-based solutions. And by proposing their own revenue-neutral, non-regressive, market-friendly option, they still distinguish themselves from their opponents.

There are some serious issues with the carbon tax, and thoughtful conservatives have done a good job articulating these problems. Studies suggest the Liberals’ current carbon tax, with a starting price of $10/tonne on carbon dioxide emissions in 2018 that increases to $50/tonne by 2022, is not high enough to spur the behavioural change needed to meet our Paris Agreement targets of cutting emissions 30 per cent by 2030. If, as the Ecofiscal commission has suggested, the price would have to be set at around $200/tonne to meet those targets, that would represent a huge tax increase if the pricing is not revenue-neutral. Others, like Toronto Sun columnist Candice Malcolm, say that the tax would be “a massive transfer of wealth away from the innovative, creative and productive part of the economy, and towards a growing government bureaucracy.” The conservative version would do precisely the opposite; by levying the tax at the point of production, there would be no need for the enormous bureaucratic machine needed to generate complex emissions regulations, or hand out cronyist green subsidies. All this price does is create a signal that allows consumers and companies to incorporate a negative externality into their decision-making.

Explaining the subtleties of a revenue-neutral tax shift is something that is hard to do with a Conservative base that just isn’t that interested in the intricate details of policy. But that’s no excuse for the Conservatives to seemingly give up on the idea altogether. The overwhelming economic evidence shows that consumption taxes are less harmful to economic growth than other types of taxes, and a revenue-neutral carbon tax rolled out in British Columbia has shown that the tax has helped to reduce emissions while shifting taxes, rather than increasing them. Instead of abandoning an idea that is a hard sell, conservatives should join voices like Preston Manning and Michael Chong in embracing this challenge and advocating for a policy that will ultimately grow the appeal of the brand, and tackle one of the most pressing issues of our time using market-friendly mechanisms.

Carbon pricing can be a winner. Conservatives just haven’t tried hard enough yet.