The Conservative Party's moderate-centres have disappeared

Frank Graves and Michael Valpy: As in the U.K. and the U.S., ordered populism has polarized Canada into two incommensurable camps 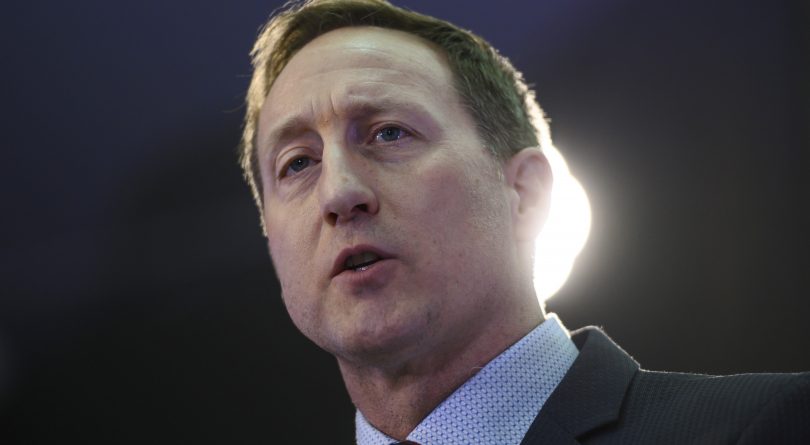 Peter MacKay speaks to a crowd of supporters during an event to officially launch his campaign for leader of the Conservative Party of Canada in Stellarton, N.S. on Jan. 25, 2020. (Darren Calabrese/CP)

Alone among the senior party elephants who in the past few days have fled the high veldt of the federal Conservative leadership campaign, former Quebec premier Jean Charest left behind disquieting words as he took the exit road. The party, he observed, has changed a lot since he was last active in it in 1998.

You wonder why Conservative strategists and the media have not made more of what he said.

They’ve stated that the party is confused; it has lost its identity, needs to find itself—when, for the most part, the party knows exactly where it is and how it got there. It’s the strategists and media who are living in something that looks a lot like a state of denial.

They’re engaging in a surreal debate about what the party needs to do to fix itself and grow its political message—make symbolic or mild policy nods toward the political centre, have its leaders walk in a pride parade, declare it won’t be re-opening the abortion debate, do something to hobble the party’s “extremist wing.”

Yet the Conservative moderate-centre has all but disappeared. Largely, the so-called Red Tories have left the party and gone elsewhere. There is no “extremist wing”—that’s imaginary. Fundamental changes have shaped the base of the party that reflect differences in outlook, preferences and values from the great majority of Canadians and have little to do with what someone thinks about gay pride parades. As in the U.K. and the U.S., authoritarian or ordered populism has polarized Canada into two incommensurable camps.

The Conservative Party that most Canadians have known—the political centre that previously had the ability to find centre terrain on the most divisive issues of the day—has disappeared. What contemporary Conservative strategists and the media seem to have significant difficulty recognizing is that Canadian politics has become much more like American politics—it’s become tribal. And just as two Americas have taken root and blossomed, two Canadas are appearing on this side of the border.

EKOS Research found that four years ago, there was a 10-percentage-point gap between Liberals and Conservatives who selected climate change as the top issue of political concern. That gap is now 46 percentage points.

More than 90 per cent of Canadians who identify with the political centre-left, which is 65 per cent of adult citizens, think that Canada now has a climate emergency (they don’t believe that it’s coming, but that it’s here now.) For people who identify as Conservative or People’s Party supporters, the figure is less than 30 per cent. Four years ago, there was a 20-percentage-point gap between Liberals and Conservatives on trust in science. That exploded to a 40 per cent gap following the last election.

Since 2012, the incidence of Conservative voters who think Canada is admitting “too many” visible minorities as immigrants has swollen from 47 per cent to 70 per cent . Meanwhile, the corresponding incidence of Liberals agreeing there are too many has dropped from 35 to 15 per cent. A modest 12 per cent gap has also expanded to a massive 55 per cent gap.

MORE: Who will be the next Tory leader? Ask Rona Ambrose.

Compromise is a significantly less practical option in Canadian politics than it was in the past.

At the opening of the 21st century, almost 50 per cent of Canadian voters said they were neither small-L liberals nor small-C conservatives. Today, those saying “neither” are less than half of what they were 20 years ago—everyone is picking sides.

It means the ability to find centre terrain on the most divisive issues of the day is disappearing. The only path forward for those who win electoral power is to say, “Sorry, you’re wrong, we’re right.” When the gap is this egregious, you have to make choices, producing the predictable toxic backlash among the losers. On climate change, that’s what we see in Alberta and Saskatchewan, and among working class males of all ages with less than university education.

This is not unique to Canada. It’s a new feature of western democracy. You can hear it in post-Brexit England (“Take back control”), in Trump America (“Make America Great Again”), and now echoing in Conservative leadership candidate Erin O’Toole’s proclamation that, with him at the party helm, the Conservatives will “take back our great country.”

You can hear it in candidate Peter MacKay contrasting his masculinity to the prime minister’s —MacKay likes staying active by playing hockey while Justin Trudeau prefers yoga.

What no one seems to be saying to the members of this new Conservative Party is that Canada may look like a relatively prosperous country from the top and from the outside, but the people who form the party base are the victims of an economy that’s done little for them over the past 30 years—one that’s eroded the security and identity they had in the past and that’s increasingly moved urban housing and a secure retirement out of reach while seeing them fall out of the middle class.

It’s the face of authoritarian populism that is largely driving the new conservatism in Canada. Traditional progressive conservatives may yearn for the status quo conservatism of yore. The new base looks more like Trumpian populists than the Red Tories of the Charest era. While northern populism may be a little less florid in Canada, it is essential to the current Conservative Party.