The decline of the celebrity Prime Minister

Andrew MacDougall: The brand isn't what it used to be and Canadians are no longer responding to the old Trudeau magic. Live by the selfie, die by the selfie. 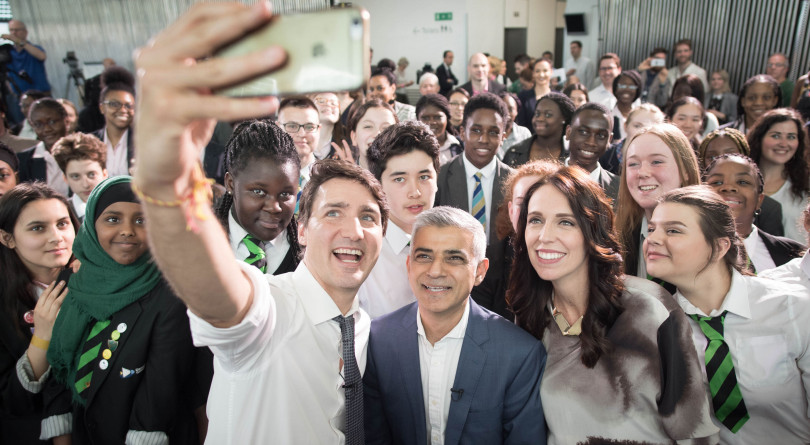 If any Canadian Prime Minister was going to be slated on The Simpsons you’d have put your money on Stephen Harper. The former prime minister’s dour persona is ripe for caricature. Mr. Burns’ long-lost younger brother, anyone?

Then again, Harper didn’t have the wattage to carry a Simpsons’ cameo; nobody would have gotten the joke. That’s why the closest Harper got to Simpson’s immortality was a funny exchange with Homer over Twitter. Mmm…bacon.

Thankfully Canada now has a PM with bags of star power, a leader capable of punching through in Hollywood. Justin Trudeau has done Rolling Stone. He’s done Vogue. And now he’s (been) done (in) by Lisa Simpson.

How far has the SNC-Lavalin scandal travelled? All the way to Springfield. Invited to Skype with the Prime Minister in the episode, Lisa asks Trudeau about SNC and then watches as he peacocks out the window of his office. From the “free world’s best hope” (Rolling Stone’s words) to punchline in a couple of years.

But that’s just me being churlish. It probably doesn’t matter. But what if it does?

Like the recent flare up at the Constance Bay, Ont., sandbag station, where the Prime Minister was berated by a local, the Simpsons episode is another sign of how Justin Trudeau’s greatest strength—being Justin Trudeau—has morphed into a weakness. The charisma that wowed the crowds in 2015 has all gone a bit Vegas. As in, the Elvis kind.

READ MORE: Trudeau and Kenney: Well, this was coming

And like the faded celebrity who can’t accept they no longer please, the Prime Minister keeps trying the same old song and dance in the hope it will once again come back into fashion. How else to explain a second flood photo op in three days (this time mugging with the kids)?

No wonder that dude was pissed.

Indeed, it feels like everything the Liberals are doing these days smacks of trying too hard: giving millions to billionaires to combat climate change; giving a million to snag a seat on the Security Council; and the Prime Minister flogging climate rebates on his Twitter feed like a millenial Monty Hall.

The Liberal government is by all appearances still destabilized, nearly three months after the first SNC blow. This is reflected in the polls, which remain poor. The Conservatives are also kicking the Liberals’ can in fundraising. But instead of calmly regrouping, the Grits appear to be panicking. Or at least that’s how I read the 9,029,953rd Liberal tweet this week noting the lack of an Andrew Scheer climate plan.

Climate change is, of course, of prime importance. And Scheer really ought to have a plan by now. But he’s under no obligation to produce one until the campaign. More to the point, the Liberals probably have the climate vote banked; they need to diversify their offer if they’re going to shore up support.

But that’s the thing: this Liberal government has been about a man as much as it has been about a program. The world loved Canada because its glorious leader stepped out of central casting to pick up the Obama baton. That’s why the thought of diversifying away from Trudeau the celebrity Prime Minister has never been contemplated. In Trudeau the leaderification of Canadian politics has reached its high water mark in form, if not substance. Live by the selfie, die by the selfie.

Which isn’t to reduce the Trudeau government’s substance to a tweet. It’s simply a criticism of the delivery vehicle. The government has a list of accomplishments but in the hands of a mere mortal it doesn’t exactly sing, does it? God bless Ralph Goodale, but the grey owl from Wascana isn’t boffo box office. Nobody in the Liberal caucus is, especially with people like Jody Wilson-Raybould and Jane Philpott now on the outside looking in.

That’s why, if I were Trudeau, I would be scrolling the good old LinkedIn for some star candidates. Or having Chrystia Freeland scroll hers. Because let’s face it, the much ballyhooed gender-balanced cabinet hasn’t exactly blossomed in Trudeau’s shade. At best, they’ve proven they can read a QP cue card as well as the previous bunch. If politics is now about personalities, the Prime Minister is going to need some fresh faces to sell Trudeau 2.0.

It must therefore be worrying the direction of travel is in the other direction of late. One-time star candidate Andrew Leslie is the latest to bow out of federal politics, following long-time Liberals Scott Brison and Rodger Cuzner out the door, along with a few other backbench MPs you’ve never heard of. At a time when Trudeau needs bench strength he’s getting weaker.

Observing from the outside, it’s hard to see what could make someone of substance leave their gig to sign up to Team Trudeau in its current state. The brand ain’t what it used to be and Canadians are no longer responding to the old Trudeau magic. Sure, Scheer isn’t going great guns on the personal numbers front either, but when voters are tired of something they look to the alternative. Trudeau would know; that’s how he got the gig.

When Trudeau was in the midst of his long honeymoon it was often said the next election was his to lose. Well, he’s Bill Bucknering it pretty badly at the moment. And while those who know him best say this is when he usually fights back harder than ever, it’s going to take a new (and heretofore unseen) skill set to get it done.

It won’t only be the skeptics holding their breath. Ordinary Canadians can see the government’s engine has turned out to be a bright firework that can only be set off one time and is now in the process of fizzling out.