Letters to the editor, November 24, 2021: Readers weigh in on a new threat to Arctic narwhal, Canada's lone bike theft sleuth, and what it means to be 'working class' 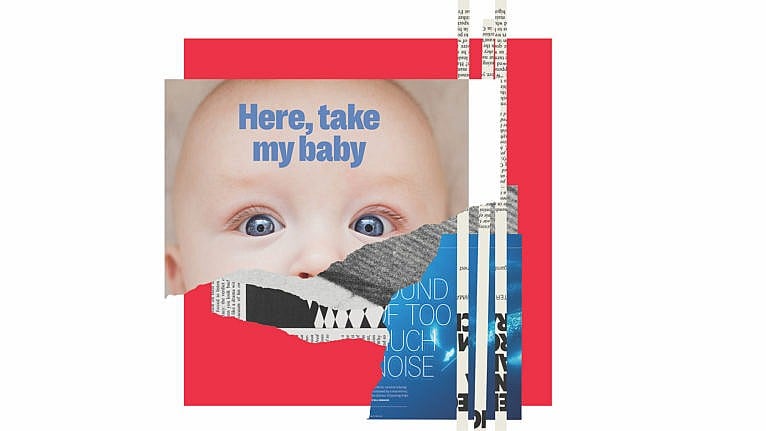 In October, Joanna Long told the story of her family’s experience with embryo donation.

Perhaps an editor can explain the tabloid headline on the cover of the October issue (“Here, take my baby,” October 2021). I wonder how the families featured in the article feel, given such a disrespectful headline? The donation of embryos is not equivalent to the donation of babies. This ridiculous language only serves to further inflame the questions around reproductive rights in Canada. I wonder if your cover language will result in fewer embryo donors, most certainly not a goal of the families who opened up their lives to your magazine. Joanna Long’s actual article is thorough and thoughtful and does an outstanding job of addressing the rewards and challenges of embryo donation and adoption. In fact, the article makes it clear that the embryo donors do not perceive themselves to be “parents” of the children who grew from those embryos.

I’ve had to walk myself around how to comment on this cover several times, because it’s so enraging. So, leaving aside all my fury, here it is: the cover is inaccurate, misleading and astoundingly tone-deaf, given the renewed battle for women’s right to choose—especially in the States. The wonderful people who donated something to a childless couple were so generous, thoughtful and kind. It all seems to have worked out for the best—and kudos to both couples, and others like them. And bad cess to Maclean’s for fouling this. What was donated was not a “baby.” It wasn’t even a fetus. It was an embryo. I’ve been active in the women’s movement since the mid-’70s and what got me involved in the first place was Otto Lang’s statement about “this silly slogan that a woman has the right to control her own body.” And we are still battling people who want to have arbitrary control over a woman’s choice, a woman’s body, all these years later. This is not a battle for values or opinions or beliefs. Believe what you will. It’s a battle for rights. Our rights. Don’t foul the waters any more than they have been already, Maclean’s.

I’m not sure we can judge the solvency and merit of a country and its leader during a global pandemic, but in Paul Wells’s article, he writes that campaigns “discourage serious work while they’re looming” (“The triumph of Justin Trudeau,” November 2021). Considering the past 19 months of this never-ending pandemic, I doubt any of us would black-mark the Prime Minister and his team for procuring mega quantities of vaccine and personal protective equipment, and for providing ongoing financial support to people without jobs, who were told to stay home, and overextended provinces. These months have demanded on-the-spot governance and strategic focus despite a looming election. In my mind, Justin Trudeau was able to do both. Election campaigns keep democracies on track by reminding candidates what matters to the soul of the country, but I agree with Mr. Wells that the next one will be far too soon.

Shannon Proudfoot wrote about how the working class—a once undervalued and ignored group—is fighting back.

Good article about climate change (“John Streicker on rapid snowmelt, and why he got into it up to his neck,” The Moment, November 2021). This type of thing is happening everywhere, but our politicians are doing nothing about it. I live in Ontario’s Simcoe County and love cross-country skiing. Fifteen years ago, my average ski season was from the second week of December to the second week in April (the snow takes a while to melt in the bush). Now, it’s from the first week of January to the last week of March. Owners of the local resorts have been complaining that the seasons are so short now, it’s not worth continuing to run their businesses. It’s ironic that our governments are so business-oriented and yet are willing to see a huge portion collapse.

In October, Bill Donahue told the story of how Arctic narwhal are being threatened by the sound of passing ships.

Another endangered Arctic species to add to a growing list (“The sound of too much noise,” October 2021). Does anyone think there is hope for wildlife on this planet when humans exploit any area to extract minerals, oil and assorted other products to continue living a life of excess consumption?

The technology is out there to eliminate the ship noise disturbing the narwhals. Royal Canadian Navy coastal patrol vessels built in the late 1990s have electric propellers; batteries are recharged by small diesel motors above water level. The ships are quiet enough that dolphins regularly join them to surf in their bow waves. Time to restrict Canada’s waters to electric-propelled ships?

In September, Anthony A. Davis delved into the wall lizard invasion of Vancouver Island.

Around 10 years ago, I tried to warn people that the invasive wall lizards were extirpating the native field cricket on the Saanich Peninsula, where I had moved my herd of dairy goats in 2008 (“Climbing the walls,” Bearings, October 2021). As a lifelong naturalist, as well as a farmer for decades, I noticed that as the lizard numbers increased, the crickets decreased. Each summer, fewer and fewer crickets sang in the dry grasses. Finally, this year, the hill fell silent as the last cricket vanished. By that point the lizard population was truly phenomenal; walking through a field in the afternoon one felt like Moses parting the Red Sea as waves of lizards ran away. I began asking anybody who had told me they had the lizards in their area when they’d last heard a field cricket singing, and every single person told me they couldn’t remember. Wild voices are falling silent, and people, inside their particle-board houses with their televisions and electronic gadgets blaring, don’t notice.

I was surprised to see our wee wall lizards in Maclean’s. I love mine, with ants now completely eradicated from my property in Greater Victoria. My wall lizards are wonderful listeners as long as you don’t make any sudden moves. One time, a friend and I sat on my patio talking, and along came a wall lizard that perched on the nearby step and cocked its head, listening intently. “Gosh,” said my friend, “I hope he isn’t going to try to sell me some insurance.”

In October, Shannon Proudfoot laid out the pros and cons of Daylight Saving Time.

In the list of “cons” cited in the article about daylight saving, the only dangerous negative mentioned is the increase in car accidents (“Daylight saving time,” The Debate, October 2021). There are other dangers. A study from Sweden’s Karolinska Institute reported in the New England Journal of Medicine in 2008 found there was a five per cent increase in heart attacks in the week following the switch. In 2009, a study published in the Journal of Applied Psychology showed that on the Monday after the springtime switch, workers in mines sustained more injuries of greater severity. Clearly, daylight saving is past its best-before date.

Poor guy. All of Canada can only put resources together for one full-time officer. Must feel like a losing battle.

Just goes to show one person can make a difference. Just think outside the box, try a little harder and collaborate with others where you’re weak.

Shannon Proudfoot, in our last issue, put a voice to a frustrated country unimpressed with an ill-timed election. Not everyone shared that view.

The public never snapped, they mostly marched out and voted as usual, a bit grumpy. But if they’d snapped you’d have a new govt.

I’ve seen a number of articles telling me how mad I am. My friends and I haven’t talked about the election or Trudeau for weeks. We’re talking about the trips we want to take.