The end of the oven

Before You Go: Herewith, an affectionate roast of the increasingly obsolete amenity that has warmed our hearts (and hams) for more than a century 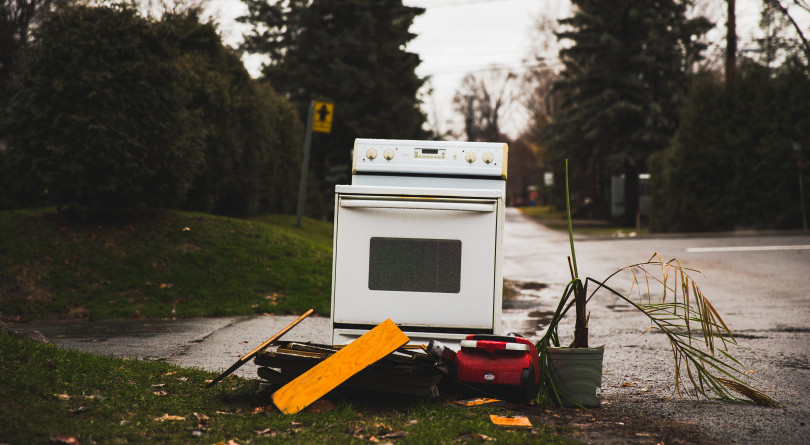 The oven was once considered the height of innovation (Silkspin/Shutterstock)

Like most millennials, I am something of a ruthless murderer. No sacred touchstone of polite society is spared from our heathenish clutches—not box springs nor top sheets; not department stores nor dress codes. And, as of 2020, not even large-format home-cooked dinners.

Perhaps because of our well-documented struggles with, well, affording a place to live, Gen Y has sought comfort in the mouth-wateringly lucrative convenience of Canada’s meal-delivery options (a $4.3-billion business last year). But as it goes with the circle of life, as one real estate trend dies (home ownership, RIP), my counterparts and I have unwittingly given birth to another: oven-less condos.

Following Europe and (as always) New York, Toronto is the ﬁrst Canadian city to become home to urban renter-friendly units with deliberately shrunken kitchens, many of which have ditched bulky, conventional ovens for a sleeker, younger model: the convection microwave. As Agnieszka Wloch, vice-president of development at Minto Communities Toronto, explained to the Toronto Star, the oven-free approach is a response to changing lifestyles and a broader industry bent on “space-saving efficiencies and functionality within the living area.” Similarly, appliance-makers like General Electric, Miele and Bosch have reported a spike in requests for smaller appliances.

READ: Millennials, it’s time to side with Gen Z

Of course, there are enticing and practical reasons to move toward an Easy-Bake existence—chiefly, more convenience and less food waste. Plus, a convection microwave boasts most of the cook-through capabilities of its predecessor (broiling, RIP).

Still, it’s tough not to wax extremely nostalgic about the outgoing oven, which is perhaps the most nostalgia-heavy cooking tool since, well, fire. The oven’s prototypical roots stretch way (way) back to 29,000 BCE, when outdoor pits—peppered throughout what is now Europe—were employed to prepare the humble mammoth for tribal feasting and, one assumes, clothing purposes. Since then, the oven has seen many iterations, from huts and kilns and cauldrons to ceramic, steam, electric and toaster. Early iterations of microwave and convection technology, like the Maxson Whirlwind model, hit the market in the mid-1940s. The convection oven was considered, in those halcyon pre-pre-millennial days, the height of innovation. Internal fans that circulate hot air? Which ultimately results in an evenly roasted ham or perfectly browned casserole? What delicious magic, cried the mid-century masses.

Perhaps the oven’s greatest power, however, is (was?) its unofficial role as the last-remaining amenity for cooking as a mindful, collective act. (I’m not just referring to its ability to become an infuriatingly hot socializing spot at every gathering of family and friends, which, I have to ask: why?) Sure, an Instant Pot can send you to Short Rib City in 45 minutes or less, but can it cram in four teamwork-heavy trays of brussels sprouts, scalloped potatoes, a root vegetable medley and a meatloaf no one asked for? I think not.

With cooking going the way of sewing, there are other, less-appreciated oven-related perks that will sadly disappear along with it, like all that extra closet space (à la Carrie Bradshaw), meditating on the slow rise of a batch of Pillsbury cookies from the nearby comfort of a small stool, or conveniently singeing off your eyebrows when you’re too time-strapped for a wax.

The good news is that the oven-free revolution has not yet breached the suburbs. And there is a sizable subsection of millennials that is still extremely content to broil and bake—and eventually Instagram—elaborate dishes. The burning question for those leaning into our increasingly single and single-serve way of living, then, becomes where to relocate the heart of the home. The TV? Oh, no, we got that, too.

This article appears in print in the January 2020 issue of Maclean’s magazine with the headline, “Dear oven…” Order a copy of the Year Ahead special issue here. Subscribe to the monthly print magazine here.

FILED UNDER: Before you go Editor's Picks Millennials Year Ahead 2020