Opinion: If the G7 nations want to keep to their mandate as the global economy's hub shifts to the Pacific, they should use this summit to woo India 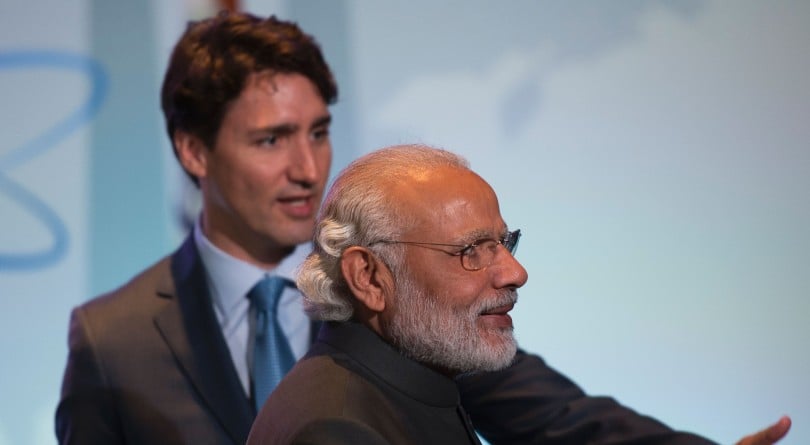 Shuvaloy Majumdar is the Munk senior fellow for foreign policy at the Macdonald Laurier Institute, and a former policy director to Canadian foreign ministers.

On Jun. 26, 2002, at a summit in Kananaskis, Alta., then-Canadian prime minister Jean Chretien made it official. The alliance of advanced industrialized democracies previously known as the “Group of Seven”—Canada, France, Germany, Italy, Japan, the United Kingdom, and the United States—would be admitting its eighth member: the Russian Federation.

“This decision reflects the remarkable economic and democratic transformation that has occurred in Russia in recent years and in particular under the leadership of President Putin,” read the members’ statement.

If the notion of major Western powers extending such a warm hand to Vladimir Putin’s Russia seems hard to imagine today, it is only because geopolitical realities have shifted so rapidly over the last 16 years.

The 2002 decision was another step toward building confidence in the aftermath of the Cold War. Formed through informal conversations in the corridors of the wider transatlantic alliance in response to economic crisis, the G7 initially conceived its mandate as the economic steward of the world’s major free market democracies, just as NATO sought to safeguard their security. But when communism fell, calculations changed—and inviting a post-Soviet Russia into the very institutions once designed to contain it was seen as an essential means through which to consolidate the peace and stability of the new global order.

President Putin, of course, did not live up to the compliments he was given in Kananaskis. Over the next dozen years, Russia’s once-promising economy descended to a crude petro-state kleptocracy and client state of China’s, while its democratic government collapsed into one-man rule. Old Soviet habits of domestic surveillance and control, supplemented by the subversion of sovereign neighbours, were revived with a vengeance. In 2014, as Moscow’s interference in Ukraine climaxed with the annexation of Crimea, Russia was formally expelled. The G8 became the G7 again.

The Group’s summitry has grown considerably to address a range of themes across a litany of sub-summits on the fringes of the leaders’ meeting, tailored to the pet projects of the governments of the day. It is a fate in which multilateralism for multilateralism’s sake threatens to overtake consideration of the essential economic issues of the age. But the upcoming G7 summit at Charlevoix, Que., offers new possibilities. Russia’s fall should not sour the G7 to the possibility of new members to reconnect with its essential mandate, particularly as fresh global realities present an obvious candidate: India.

Just as the Cold War’s end was the defining geopolitical reality of the 1990s and early 2000s, so too will the shift of the planet’s economic centre of gravity from the Atlantic to the Pacific define this decade and beyond. A third of all economic growth now occurs in the Pacific region, where half of humanity dwells. It’s inspired the International Monetary Fund to declare it “the most important engine of global growth,” a clear signal that the region’s continued trends will continue to rebalance power in an increasingly multipolar era.

But behind the curtain of every optimistic conversation about the economic energy in this region is the profoundly important strategic challenge posed by the rise of China, against the norms of democratic free-market prosperity that the G7 was founded to defend. For all of China’s much-vaunted economic progress following the Deng Xiaoping reforms of the 1980s, much of its economy still remains closed, state-driven, and statistically opaque—a trend explicitly intended to continue under the regressive autocracy of President Xi Jinping.

The transatlantic architecture of the past half-century could serve as a roadmap for what a transpacific one would look like today. If the vast majority of the statecraft of leaders is informed by the prosperity of their nations, the G7 only stands to benefit by expanding its Pacific presence. And that’s what makes India such an appealing addition to the group.

Emerging as the Pacific’s true star, India possesses the fastest GDP growth on earth and a nearly $3 trillion economy that last year rose to the world’s sixth largest, ahead of the United Kingdom and just below France. For this, the government of Prime Minister Narendra Modi deserves considerable credit as it aims to achieve a $5 trillion economy by 2025. His administration has been defined by its bold agenda of macroeconomic reforms, tax modernization, and a badly needed regulatory cleanup. Emerging from its own Cold War legacy as a “non-aligned” state, and confronted by China’s ambitions, this new India is forging ambitious new economic and strategic alignments. It is, in short, an essential democratic ally of the rules-based international order long championed by the Group of Seven—and while the advanced economies of Australia and South Korea could make them prime candidates for inclusion in the G7 too, the sheer scale of India’s rise holds vast consequences for wider regional and global growth.

Four years ago, Prime Minister Stephen Harper demonstrated his status as a statesman in leading the charge to expel Russia from the G8. The country had brazenly squandered an opportunity to escape its past isolation from global progress, and it suffered appropriate consequences in response. This week, Prime Minister Justin Trudeau has his own opportunity to demonstrate seriousness as a world leader, by anchoring the world’s most important economic summit to a faithful partner that’s doing so much to help shape an economic order driven by international rules.

It’s time to restore the G8. Let’s welcome India to the table, and reward this rising power for succeeding as spectacularly as Putin’s Russia has failed.