The history of why Canada's health care system falls short

Opinion: Ontario's election could bring another step toward truly comprehensive health care. But failed efforts from the past reveal possible pressure points 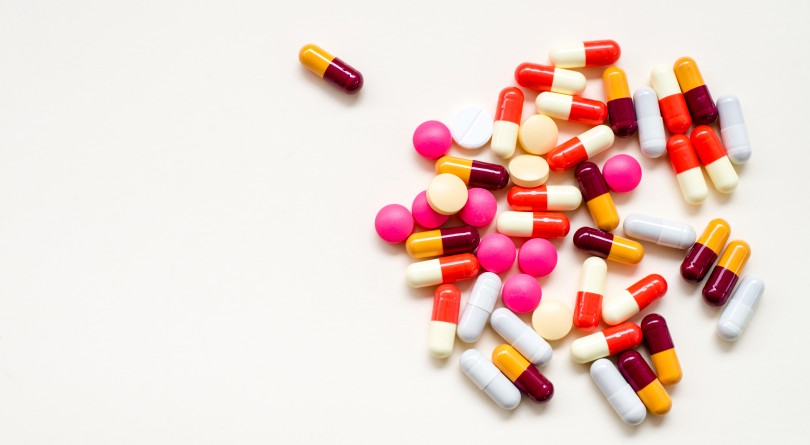 This Jan. 1, Ontario residents who are 24 and younger rang in the new year with a pretty big upgrade to their health care: something called “OHIP+”, which gave young people a government insurance plan for prescription drugs.

Not to be bested by Wynne, NDP opponent Andrea Horwath has raised the ante and promised not only full drug coverage, but also a plan to cover basic dental care. Given that the youngest baby boomers are in their 60s and the price of prescription drugs had been a major issue in the 2016 U.S. presidential election, it’s hardly surprising that Pharmacare is becoming an issue in the Ontario provincial election.

It raises a question, though: Why haven’t dental and drug coverage always been a part of OHIP? After all, teeth are a part of the human body and drugs are an important part of most medical treatment plans. And many of the early health care progressives had actually wanted them included. So why didn’t our national Medicare system address these aspects of health care in the first place?

The reason is a matter of political will in the face of lobbyist opposition—and that will continue to be the story of our latest pursuit of a truly comprehensive health care plan. 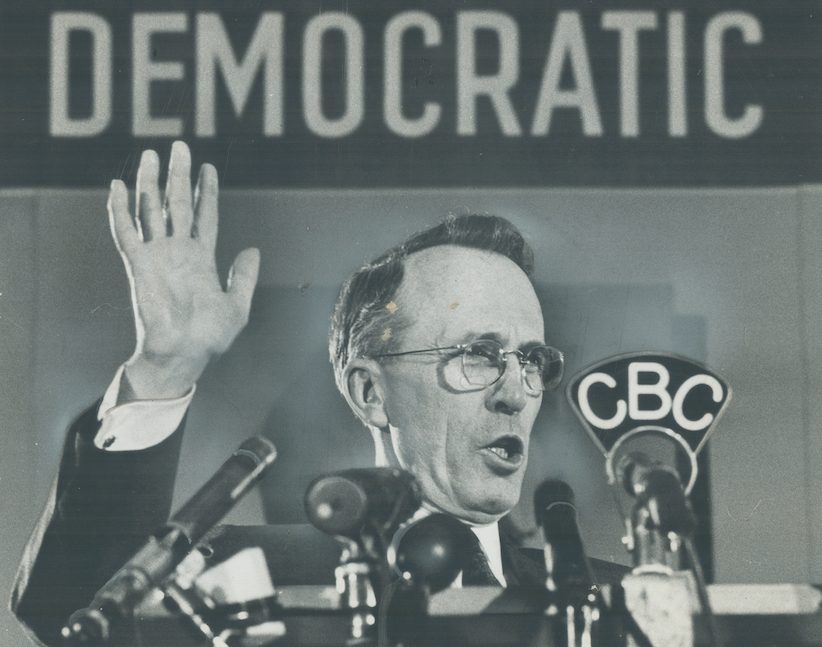 As it so often does when it comes to health care in Canada, the story really lifts off with Tommy Douglas, the Cooperative Commonwealth Federation (CCF) political leader who, back in 1947, introduced hospital insurance in Saskatchewan in his first term as premier. It didn’t truly start with him, though: Government-backed health insurance plans were a part of the conversation at least since the 1918 flu pandemic (a.k.a. the Spanish Flu), which was responsible for 50 million deaths worldwide and introduced the concept of “public health” to many who had been used to thinking of health in mainly individualistic terms. As Alvin Finkel writes in Social Policy and Practice in Canada: A History, a group of farmers from Seaforth, Ont., had been making an argument for Medicare on a 1943 radio show. They asked that humans be treated at least as well as livestock: “The government sponsors the TB testing of cattle, pays for loss and has blood testing every year free of charge. What about humans? Let’s take our hats off to Russia as far as health is concerned.”

Still, Douglas remains a pioneer in the actual implementation, and he had been an advocate for government health insurance since at least 1943, when he argued that preventative treatment would save lives and reduce the cost of health services—that it would save the province money. The challenges he faced were manifold. Though he had wide, popular support, it took almost 15 more years for him to expand his hospital insurance program to cover fees for visiting to the doctors’ offices. He had needed a clear mandate, which he finally got when he campaigned on health care in the 1960 provincial election. Douglas won, but only after a bitter political battle that saw the College of Physicians and Surgeons spend more than $100,000 (almost $1 million, adjusted for inflation) to fight Medicare. The message had been that Saskatchewan residents were liable to lose the right to choosing their own family doctor and, more seriously, the right to privacy, when it came to medical records. Douglas said this “propaganda” was an “insult to the intelligence of the people of Saskatchewan.”

Even some Canadian doctors agreed with Douglas, such as Hamilton’s Dr. Harry Paikin, who objected to the College of Physicians fleecing Saskatchewan’s doctors for $100 apiece to fight against public health insurance. On Aug. 27, 1960, Paikin argued in Maclean’s that the fight was a “losing battle for a wrong cause,” since public health insurance would help young, debt-ridden doctors get on their feet, save the medical community labour and frustration dealing with private medical insurance companies, and do away with the need for continual appearances in small claims court.That was because doctors would, during the depression, write off huge bad debts, according to historian David Naylor in his book Private Practice, Public Payment. At the time, those doctors advocated for government payouts for their services—otherwise, they’d be paid in chickens. 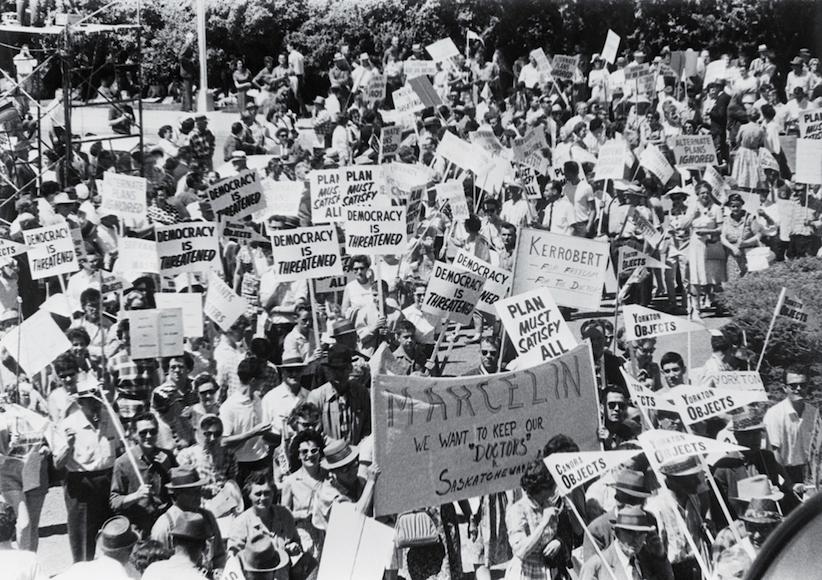 Thousands of people marched on the legislative buildings in Regina, Sask., on Jul. 11, 1962, to protest the government’s stand in the Medicare crisis. (Getty)

Douglas won his fifth term as premier in 1960, and his socialized health plan was implemented two years later by his successor, Woodrow Lloyd. However, sparked by fears that they would lose the right to have a private practice, or that they’d become salaried employees of the state like schoolteachers, the vast majority of the province’s physicians went on strike, leaving the province almost completely without healthcare.

Although some members of the public had sympathy for the doctors—or, at least, feared they would all leave the province permanently—public opinion turned against the striking doctors. As a result, the physicians relented after three weeks and a concession from the province that they could opt out of the provincial healthcare system. Few did, though, since many doctors began to realize the wisdom of Dr. Paikin’s argument that there weresome upsides to a single-payer health care system, even for doctors.

The decade following Douglas’s health care victory in Saskatchewan saw a long, protracted debate over how to implement a Medicare plan on a national level as he left the province to become the leader of the federal NDP. The most significant milestone was provided by the 1961 Royal Commission on Health Services (a.k.a. the Hall Commission). Among other things, the Hall Commission suggested the governments work together to make a list of medicines that should always be available at a cost of $1 per prescription (under $10 in today’s dollars) and advocated universal dental coverage, taking the idea of health insurance further than even Douglas had in Saskatchewan.

Get the Maclean’s Politics Insider newsletter. Sign up here >>

But even though doctors started to come around to the idea that the new system could save time, money and lives, other professional groups were less likely to see the bright side. Among the stakeholders that formed in opposition to Medicare were the Canadian Dental Association and the pharmaceutical industry (including both pharmacists and manufacturers). The drug companies didn’t want state regulation of drug prices, so they argued that most of the drug revenue was reinvested back into research and development; after taxes, they said, they made very little profit, even though Finkel’s book would show that the pharmaceutical industry’s profits were about twice the average of Canadian industry profits in the mid-1950s. But given how hard-won the fight with the doctors had been, taking on dentists, pharmacists and drug manufacturers at once seemed like a lot of battles to take on.

“Keep in mind that it was already a very bold move in terms of a national system for both hospitals and clinics,” explains Marc-André Gagnon, associate professor at Carleton University’s Faculty of Public Affairs department. “So the rationale was, these are the priorities and when it comes to pharmaceuticals, we’ll do that as a second step.” 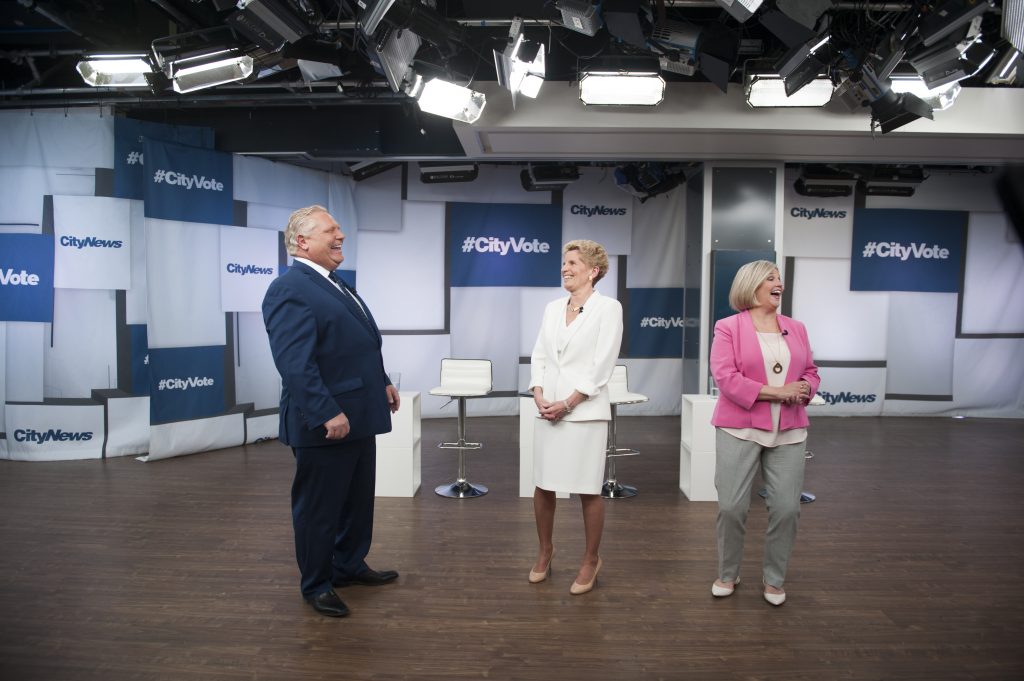 Decades later, we’ve seen several attempts to take that second step, including the Canada Health Act in 1984, which dictated that all “medically necessary services” should be universally accessible to Canadians. After that came 1977’s National Forum on Health (1997) and, in 2002, the Romanow Commission that urged federal and provincial cooperation to implement Pharmacare. Any movement in that direction, however, was stalled when Stephen Harper’s Conservative government came to power; its position was that Pharmacare was a provincial matter.

In 2010, though, nobody could ignore a new study published by the Canadian Centre for Policy Alternatives, which suggested the potential savings from a national Pharmacare plan would be more than $10 billion annually, coming from reduced tax subsidies, cheaper administration costs and cheaper drug prices that the whole of Canada, a massive buyer with increased negotiating power, could access.

Lobby groups will surely object again. But the ground may well be softening: while you might expect the pharmaceutical industry to fight this at all costs—since it will lower prices—comprehensive health care may not be all bad for Big Pharma, since it might actually increase their access to the Canadian market. “There’s a bit of a running joke going around the drug companies that, if you have some junior staff that need training, send them to Canada, because it’s the most complicated system when it comes to market access,” Gagnon says. “All of the regulatory hoops you have to jump through in order to get your drug on the Canadian market are just ridiculous, because the system is completely fragmented.”

So, much like the doctors of the 1960s, the pharmaceutical industry could be won over if they get to spend less time on red tape under Pharmacare. It would also help Canadians gain the access to the “medically necessary services” they’re supposed to have, according to the Canadian Health Act. And, as doctors learned in the 1960s, being able to concentrate on the single goal of making sure patients get medical treatment (as opposed to dealing with endless collections, legal matters and insurance issues) is actually good for business. Access, in other words, goes both ways.

“If we compare Canada to all other developed countries with a universal Medicare system, we’re still the only country that excludes pharmaceuticals, as if pharmaceuticals were not an essential health care service,” says Gagnon. “And this is, for me, an historical anomaly that needs to change for sure.”

READ MORE: This platform guide tells you where the parties stand in the Ontario 2018 election

The 2018 Ontario election cannot be thought of as a referendum on Pharmacare, since no matter how hard Wynne and Horwath have tried to keep it front and centre, it’s fallen off the radar. Still, the fact that Wynne implemented a pilot project is an important precedent that will help those working to make it happen at the federal level, where it already has significant support.

More than five decades after Douglas’s victory—and after he spent his final years arguing that Medicare was in danger of “subtle strangulation” through a lack of political will to keep the dream of comprehensive universal health insurance alive—we’re finally getting ready to take that second step. But there are valuable lessons can be learned from the failures of the past if we want to take that next step forward.