Roseanne Barr and the four phases of Twitter justice 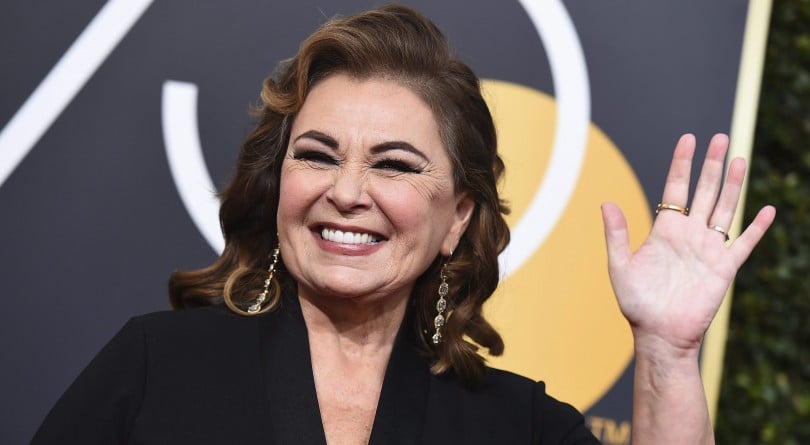 The Twitter mob is getting more muscular. Yesterday, sitcom star Roseanne Barr taunted Valerie Jarrett, an African-American businesswoman and political advisor, by comparing her to apes. A social media storm ensued, and within hours Barr’s television network cancelled her show, she was fired by her talent agency, and anchors from MSNBC to Fox News earnestly registered their dismay at her behaviour.

Even by the accelerated standards of our age, we cycled through the four phases of Twitter justice with remarkable speed. Usually it takes a full day or even two for the provocation to generate enough outrage (Phase One) that it self-organizes into a campaign (Phase Two)—a call for the offender to be boycotted, or fired, or otherwise punished. That campaign almost always has to run a couple of days before we reach a verdict (Phase Three) and the target capitulates and stops selling guns, or promises to retrain its staff, or pulls its sponsorship. Then (Phase Four), we all discuss what just happened, and debate whether the punishment was sufficiently severe, who else deserves to be hung up in the town square, and why we waited so long to do so.

The online mob is getting faster and it’s getting stronger. I think it’s because we all know what is expected of us now. We know that as soon as we see evidence of the sin, we must raise the alarm. We immediately circulate the sound clip, the screen shot or the news article.

Then as we move through Phase One, we make a joke about it, some wry comment that proves we are sensitive to the injustice, condemn it, but do so with a world weary humour that we hope will elevate our voice above the growing noise of the crowd, and will get us some dopamine dealing retweets and likes.

Once we arrive at Phase Two, we jump on the campaign wagon as soon as we see it. We tweet at the company, we sign the petition, we threaten to cancel our subscription or to never fly United again.

Phase Three is easiest. It only requires us to celebrate the verdict by praising the CEO, posting a happy little meme, or by congratulating the rest of our mob for having especially sharp pitchforks this time.

Phase Four takes more effort, and so many of us tune out and go back to grazing. The rest of us mill about and trade “hot takes,” clapping loudly for the ones that explain what we learned, why this example reveals something especially terrifying about the state of our society, or on the rare occasion, why it should give us hope.

We remain vigilant, though, and suspiciously eye those among us who took away the “wrong” lesson, those who are not sufficiently outraged. And if they dare claim that perhaps the cyber-trial may have been unjust, we quickly toss them on to the pyre without remorse.

I have some experience with mobs, I mean the analog ones, not the new digital variety. As a young diplomat, being the most junior person in the embassy, I was often dispatched to watch political protests or street demonstrations unfold. These would on occasion devolve into a mob and I would follow in its wake, trying to stay beside or behind it as it moved through the town. Sometimes it would hesitate, then double back and I would find myself in the midst of it, being high-fived as they assumed I supported their candidate or their decision to loot the grocery store.

Afterwards, when the shops had been burnt, the police beaten, or in some cases the minority murdered, one side or the other would always blame outside agitators. Logically, normal citizens don’t just set a house on fire; there had to be a provocateur.

The truth is we don’t need help—we are all villain enough. Psychologists have extensively studied why people riot, why we join mobs, and the short answer is we do it because it feels good. It’s fun and exhilarating. At a fundamental level, we are all wired to want to mete out what looks like justice.

Roseanne sinned. Her tweet was labelled “abhorrent,” and it was. But when we look at the rest of the news, at stories about civil war, or children being separated from their parents, or politicians being corrupt, a racist tweet seems much less important. Perhaps it was not even important enough to sacrifice the livelihoods of the hundred-odd people who worked on the Roseanne show.

In another country, in another job, I once saw a machete-wielding mob chase a man down a street and over a wharf and into the sea. He couldn’t swim, but had apparently decided he’d rather drown than be chopped to death. Dismayed at what was happening, I tried to intervene. I put myself between the man who was thrashing in the water and the crowd that was now stoning him from shore. An old woman pointed at the water and accused the man of murder—she handed me a rock.

I quickly learned that the drowning man, now bleeding from the head, had indeed mugged and killed someone—a young woman, I was told. I was crowded by the people around me as they jostled for a better view. I felt the stone in my hand. It was heavy and it fit in my grip like a baseball. I thought about throwing it. I confess now, I liked the idea. Some primal feeling of righteousness and justice welled up in my chest. I gripped the stone tighter.

Then, like the voice of God, a Blackhawk helicopter dropped down on the scene, peacekeepers piled out, the man in the water was fished out, stunned but alive, and taken away. It was over in minutes. The deflated crowd watched the helicopter lift off and then wandered away. I walked away too, surprised to realize I was still holding the stone. Tightly. I don’t think I would have ever thrown it. But, then again, I never thought I would get so agitated about a comedian and her tweets.

When we start the cycle again tomorrow, I may log off this time. I’d like to think I will, anyway. But, the truth is, I probably won’t.