The Jordan Peterson–Slavoj Žižek debate was good for something

Andray Domise: Debate has its place in debunking bad actors and their ideas, but it only works when the participants have actually done their homework 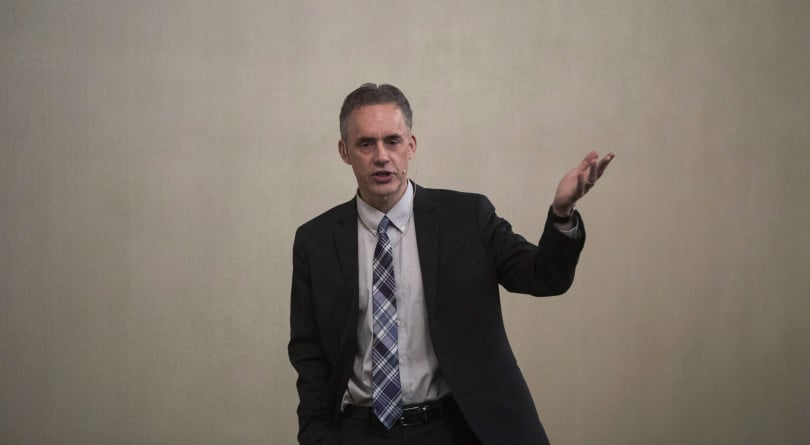 Peterson speaks to a crowd at an event in Sherwood Park, Alta., on Sunday Feb. 11, 2018. (THE CANADIAN PRESS/Jason Franson)

A few weeks back, after this article was published, a journalist friend of mine called me up to ask a question about the role news media has to play in combating hate groups. On the one hand, ignoring white supremacists hasn’t worked well so far. While the conventional wisdom among the media class has been “ignore them and they’ll go away,” it should be clear, by now, this is utter bunk.

On the other hand, putting the spotlight on them might only provide kindling to a brush fire, and help their toxic views spread even more rapidly than would have been possible without the help of newspapers and broadcast television.

I happen to be very skeptical towards the idea that, should the western world have a soul left to save, it can be proselytized into heaven through debate. After attending the debate in Toronto between psychology professor and self-help book author Jordan Peterson, and Slovenian philosopher Slavoj Žižek, my skepticism remains, but with a caveat: debate does have its place in debunking bad actors and their ideas. But dialogue with deplorable people too often fails for one reason–it takes place on the wrong turf.

Take this Cathy Newman interview with Milo Yiannopoulos. One of the first questions Newman asks Yiannopoulos, in reference to Steve Bannon (who was, at the time, Donald Trump’s chief strategist), is: “Do you think he has horribly regressive attitudes?” Newman then lays out the liberal case against Bannon, describing him as an “anti-Semite” and a “white nationalist,” asking Yiannopoulos, “Have they got that wrong?”

The type of people who build a fan base from alt-right and neo-Nazi trolls (one of which engages a speaking circuit called the “Dangerous F—got Tour) have no moral perch from which they can be dislodged. In fact, it took some rather horrific comments surfacing from an alt-right podcast to finally scuttle Yiannopoulos from public life, and Bannon (depending on whether one is more inclined to believe him or Donald Trump) either resigned or was fired from the White House.

READ MORE: Jordan Peterson’s people are not who you think they are

Though Yiannopoulos self-immolated and Bannon, for his part, manages to shamble his way through media profiles and the speaker’s circuit, their ideas are still stinking up the place. The reactionary right continues to exert a drag on politics while poisoning the well of discourse, and has all but wrapped itself around the brain stems of conservative parties across the planet.

At the Žižek/Peterson debate, there was no moral certitude on trial here. Though the debate was framed as “Happiness” through the lens of Marxism versus capitalism (with Žižek ostensibly taking the side of Marxism, and Peterson defending capitalism), neither of the contenders truly embraced such ideological labels. Žižek, in fact, has built his bibliography on the reflexive mistrust of ideology, and Peterson is less a proponent of capitalism than he is Horatio Alger’s ethics animated through an earthly vessel. Thus, neither of the two spent much time attacking the other’s morality.

But in critiquing the ideology that each was supposed to represent, rather than whether each other’s views are inherently detestable, the debate revealed some glaring flaws about Peterson that his detractors in media have failed to do. For one, Jordan Peterson doesn’t seem to know very much about Marxism at all. At least, not for someone who catapulted to fame decrying the political left and their accomplices in academia as “cultural Marxists,” and has been blowing that dog’s whistle ever since.

At the beginning of his opening comments, Peterson mentioned that he hadn’t read Žižek’s work, and had only recently read Marx and Engels’ Communist Manifesto for the first time since high school. He then proceeded to stumble his way through Marxist philosophy with such a shallow assessment as to be laughably incorrect.

For another, Peterson’s claims about the sinister agenda to take over academia were rendered completely hollow. When confronted by Žižek as to which particular academics could be considered cultural Marxists—“Give me some names,” he demanded, and even threw a couple of bones—Peterson simply could not come up with an answer. The falsity of Peterson’s crusade was laid bare, in front of an audience of thousands. The good professor hadn’t done his homework.

Žižek is far from a model to follow here. Much of his over-the-top vulgarianism can come across as performative to the point of trolling. And while it’s doubtful Žižek intended to put Peterson’s ideological shortcomings on such glaring display (though he did seem to enjoy the occasional dig, which even Peterson swooned over), he did at least create a counter-example to the way Peterson has been handled in adversarial conversations (such as this disastrous interview conducted by, once again, Cathy Newman).

I didn’t have a definitive answer for my friend a couple of weeks ago, and I still don’t think that I do. But the Peterson/Žižek debate did, at least, get closer to one. Without the proper framing and deftness necessary to attack reactionaries on their own turf, debate is senseless. You can’t moralize at people completely lacking the types of ethics and morals that you have.

But if you’ve done the homework you can, at least, show an audience they are full of something else.