Opinion: The Kinder Morgan pipeline battle doesn’t represent a failure of democracy, federalism, or the rule of law—it's the system doing what it's meant to do 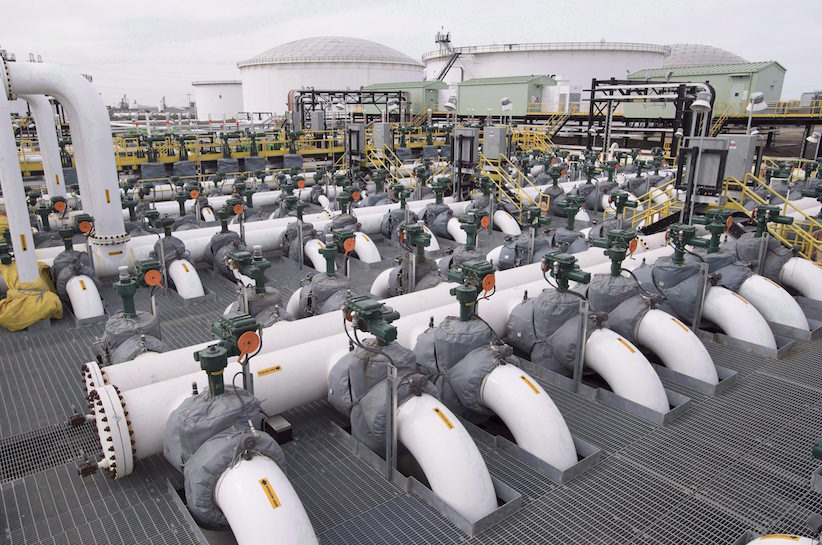 The struggle over Kinder Morgan’s Trans Mountain pipeline reached a histrionic state this week after the company halted all non-essential project spending and construction. Soon after the unexpected announcement, up went the placards and out came the cries: Canada is no longer a democracy! The rule of law has been abandoned! The federation is in crisis! Better roll the tanks across the Rogers Pass, I suppose.

Calls for the federal government to do “something” about the pipeline—something more than once again reaffirming their commitment to getting the project done—started to include specifics. Ideas ranged from not-ideal-but-potentially-feasible (for instance, the feds buying a stake in the venture, or withholding transfer money, or insuring investors) to head-scratching (hold a referendum on the issue, even though that would take far longer than the pipeline’s May 31 deadline), and further on to bonkers-yeah-totally-nuts (using federal disallowance powers or the Emergencies Act—formerly known as the War Measures Act before it was blunted and brought into line with the Constitution in 1988).

Lordy. Let’s all take a breath, shall we perhaps cool our hot takes with a moment of reflection?

First off, yes: as it stands, Canada is weathering a perfect storm of political intractability. Three governments across two jurisdictions have locked horns in a struggle that includes real disagreements about how best to protect the environment, competing conceptions of whether economic or environmental considerations should be privileged in planning for the near and mid-term, and different self-interest motivations.

Each side has chosen time after time to double down on their respective positions, further binding them to the paths they’ve chosen. Topping things off, elections are looming large for all them: The Alberta NDP faces the electorate next spring, the federal Liberals await their fate in the fall of 2019, and the B.C. NDP governs their province with a slight minority subject to an agreement with the Greens that includes a specific commitment to fighting the pipeline using “every tool in the toolbox.”

But this perfect storm doesn’t imply that democracy, federalism, and the rule of law are being swept out to sea; on the contrary, what we’re seeing is democracy, federalism, and the rule of law in action. The process of getting things done might be slow, frustrating, and complicated, but which laws have been broken? Some of the norms we rely on for ease and stability have been pushed, but are we to believe that the mere (admittedly prolonged) delay of a single federal project is a crisis? Is it perhaps the case that some are exaggerating the stakes of a single fight over a single pipeline—which was already vulnerable from day one for reasons that have to do with domestic and global markets, and changing patterns and sources of energy use and extraction—for political purposes?

Either way, leave that matter aside for a moment. Let’s start here: what’s the nature of democracy? Most representative democratic systems are only worth the name if they allow for free and fair elections and for responsive governments that give most of the people more or less what they want most of the time. Asking if we’re a democracy requires us to take a long look. So far, so good. Our elections are fine. World class, in fact. And as for responsiveness, as far as I can tell, each party in this dispute has taken a position that reflects what it campaigned on. Check and check.

Now let’s take another step. Think of democracy as a system that comprises different bits and pieces—elections, referendums, votes in parliament, courts, lobbyists, business councils, town halls, protests, boycotts, and even acts of civil disobedience in extreme cases. Democracy isn’t just one or two of these things—it’s all of them in harmony and disharmony as we figure things out.

How do we figure things out? Ours is a democratic system within a pluralist society. The pluralist bit refers to the fact that in our country there are many groups who sometimes agree and sometimes disagree, who sometimes cooperate and sometimes compete, each of which includes people who want this or that thing from the government for one reason or another. These groups make use of the many outlets in our democratic system under the broad canopy of our laws and norms to try to get what they want. From time to time an issue arises that becomes particularly contentious and the right players—or the wrong ones, as you may prefer—stake out positions that lead to drawn-out struggles.

At a certain point, one can go too far. If B.C. Premier John Horgan runs out of legal routes and refuses to respect the final will of the courts or raises a militia to take to the streets, then we will have passed clearly into the territory of lawlessness. But we’re nowhere near that point. So far, the so-called flouting of democracy, federalism, and the rule of law amounts to Horgan slowing down the pipeline approval and construction process by whatever legal means are available to him—something he has been saying he would do for a year.

What we’re seeing with the Kinder Morgan Trans Mountain pipeline debate is democracy, federalism, and the rule of law at work: a divided country working out their opinions on the matter, split jurisdiction actors pursuing their interests, responsive governments keeping their promises, political and legal battles across several sites of licit contestation—and, to boot, a market response of potentially pulling the plug on the project as shareholders vote with their confidence and their dollars.

The struggle over this pipeline is a reflection of what the Canadian democratic project has been for over a century and a half as we have negotiated crises, worked out priorities, and gone back and forth between federal and provincial dominance in political affairs. If past is prologue, then we have many chapters to come in the book of our democracy. And the story is getting good.