Matt Gurney: They name a party insider to investigate. Prematurely shut down the justice committee. The Liberals sure seem determined to keep things boiling. 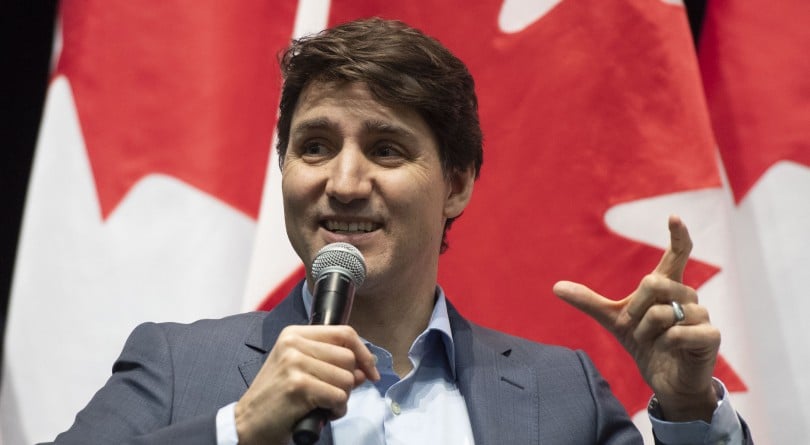 In my mind’s eye, I like to imagine the Prime Minister, in his office with his staff, planning out how the next few days are going to finally get the Liberals back on track.

After a rough few weeks, the PM enthuses, they have a plan! There’s going to be a budget, presumably full of pre-election goodies, something to help shore up their fading poll numbers.

And Anne McLellan, former Liberal MP and cabinet minister, is going to do a review of some of the issues raised in the SNC-Lavalin controversy. It’s going to be amazing. Just what this government needs.

And then the Prime Minister glances at his phone, reads a text message and frowns. “Wernick did what?!” he mumbles.

He quit, that’s what. Michael Wernick, the now-outgoing clerk of the Privacy Council (the most senior civil servant in Ottawa) announced that, due to his recent central role in the controversy, he’ll be retiring. In a letter to the Prime Minister, Wernick wrote, “It is now apparent that there is no path for me to have a relationship of mutual trust and respect with the leaders of the Opposition parties. … It is essential that Canadians continue to see their world leading public service as non-partisan and there to provide excellent services to Canadians and the governments they elect.”

For those keeping score at home, this is the fourth resignation thus far in the ongoing scandal that the Prime Minister insists is all just a wee breakdown in communication.

I was mostly kidding above, for the record. I’m sure the Prime Minister’s Office wasn’t exactly floored by Wernick’s announcement, nor would they have been stunned by the declaration of the Liberal majority on the House justice committee that there’s no reason to invite Jody Wilson-Raybould back to testify again. That was me just indulging my sense of whimsy. But what is true is that as much as the Liberals would like the SNC-Lavalin affair to be over, they seem weirdly determined to keep it alive.

The Liberals can’t be pleased that the SNC-Lavalin affair has now lasted as long as a Biblical wandering-of-the-desert. And it’s not that they haven’t tried to move on. It’s just that they don’t seem to be very good at it. They’d better hope that the budget absolutely knocks it out of the park with the voters, because the opposition isn’t going to give up on this.

And the Liberals themselves haven’t exactly set things up for a rapid conclusion. The five members of the House justice committee, having decided that 13 hours of testimony is the absolute maximum that Canadians could bear, seem set to shut their investigation down. (That’s three hours and fifteen minutes of testimony per resignation to date.) In their letter to the committee chair, the majority wrote, “As committee members, we have achieved our objectives with respect to these meetings.”

On Tuesday, the committee’s Liberal majority, voted, as expected, to suspend its probe, leading to both opposition parties pledging to do all they could to get answers. Andrew Scheer even mused about finding ways to delay the budget speech. So that’s going well.

And then there’s the matter of Anne McLellan, the former Liberal deputy prime minister, MP and herself a former minister of justice and attorney general. The Prime Minister announced on Monday that McLellan will report by June 30 on whether the justice minister and attorney general job should be split. This isn’t the first time the government has turned to McLellan; she prepared an exhaustive, very serious and almost unreadably boring report on cannabis reform ahead of last October’s legalization. No doubt she’ll produce something similar this time. It will be well researched, thoughtful and helpful.

It will not, in any way, answer the questions Canadians have about the government’s recent conduct.

That’s a feature, to be clear, not a bug. The Prime Minister, much like the Liberals on the justice committee, want this to be over. They want to move on, to the budget first, and then whatever comes after that. Appointing McLellan is supposed to signal that it’s time to get back to work and focus on the future.

The problem, of course, is that while McLellan might be a great person to write a report, she’s a terrible person to put this affair to bed. It’s not just that she’s a partisan Liberal by virtue of her past positions. She remains active in the party. And as a general rule, if you want to convince Canadians that you’re taking an issue seriously and seeking an independent voice, don’t go to someone who has to immediately back out of the fundraiser they’re hosting for your party in just a few days.

It’s bizarre. Forty days (and counting) is probably testing the outer limits of the average Canadian’s patience with any scandal. Allowing the House justice committee to hear more testimony, and appointing someone more neutral to draft up recommendations, could well have crushed what remaining interest they have.

But the Liberals didn’t do that. Instead, they’re going out of their way to limit how much more Canadians will learn. Funny, that.