The meaning of B.C. and Alberta's petty, bourgeois trade spat

Opinion: What lurks beneath Alberta's B.C. wine ban and B.C.'s proposed tax on Albertans' vacation homes is more than the sum of their snobby parts 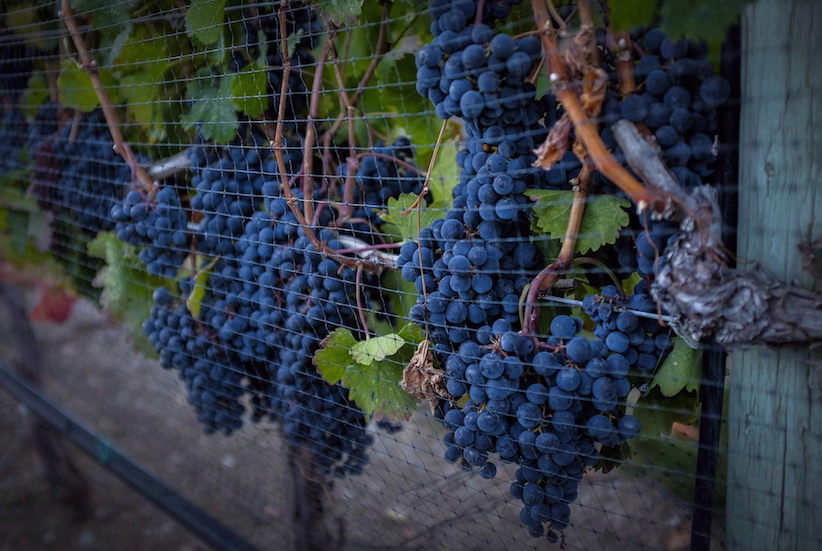 It wasn’t exactly “Aux armes, citoyens” earlier in February when the New Democratic government of British Columbia, in its slow-burn battle against the Kinder Morgan Trans Mountain pipeline, announced a decision to study and consult on regulations to limit the shipment of bitumen from Alberta. But neither was the response from the New Democratic government of Alberta: a rather bourgeois, provincial—double entendre intended—ban of B.C. wines. If revolutionary France had The Terror, we got The Terroir.

The scuffle, such as it was, ended with little pinot noir being spilled; last week, B.C. Premier John Horgan referred his bitumen restriction proposal to the courts, and his counterpart in Alberta, Rachel Notley, lifted the wine blockade. And yet, just as the trade kerfuffle seemed settled, the budget tabled by Canada’s westernmost province threatened to do collateral damage as a proposed speculation tax on housing aimed at bringing the real estate market to heel threatened Albertans in a most sensitive spot: their vacation homes. Even if the measure had nothing deliberate to do with Alberta, it was a sure sign that no one was singing “Alberta on my mind” when drafting the policy.

Really, the carnage of this trade “war” is too much. This socialism is really quite out of hand.

Politics-as-war, as a metaphor, is rather silly, though most of us who write about trade disputes fall victim to the cliché, including myself. I can imagine why the political backroom boys who’ve never worn a helmet outside of sessions of Call of Duty prefer it, since dressing up door-knocking and sloganeering as Dulce et Decorum Est must be fine fodder for the ego. But the rest of us? War? Please. Get back to me with the belligerent euphemisms when a literal battle breaks out over animal feces—as it did between Peru and Spain in 1864—or a camel, as it did in Late Antiquity during the Basous War. Until then, let’s go with “dispute,” which better captures the essence of trade disagreements.

In this century, non-violent trade disputes are common. The World Trade Organization alone has served as host to hundreds of international cases since it was founded in 1995. Alcohol. Aircrafts. Animals. Batteries. Cement. Drill bits. Edible oils. Gambling. Lemons. Paper. Pet food. Swine. Tires. Wood. If it’s manufactured—or offered as a service—it’s likely been the cause of a trade disagreement.

Canada is a regular at the Trade Challenge Saloon. We have complained or been complained about regularly, with the usual suspects including Europe and the United States over matters you’d expect: lumber, beef, agricultural products, and automobiles. For their part, both the U.S. and the European Economic Community—as major importers and exporters—are constantly in trade disputes over just about anything that can be put in a shipping container or forwarded through a fibre optic cable. Most recently, bourbon and cheese were flagged as possible fodder in a U.S.-Europe dispute, threatening economic prosperity as well as people in the affected countries who enjoy Friday night plans similar to my own.

Trade disputes are common, but the recent tension between Alberta and British Columbia is interesting for what the disagreement captures. Each province is governed by a New Democrat—members of a federated political party—which makes the quarrel a family affair. But this is family as a mere blood tie, which means little when you consider that electoral success is thicker than blood. Both premiers face difficult electoral circumstances—especially Premier Notley, who formed government in Alberta after more than four decades of uninterrupted right-wing rule and faces an election in the spring of 2019—and each has a different conception of what the good is in their province. Thus, the disagreement over a pipeline, and all the ancillary disputes, are reflections of the fundamental interests of a large section of the population in their respective jurisdictions. In Alberta, the energy sector is the economy. It is the province—and a key part of Canada’s economic engine. In British Columbia, environmentalism and natural beauty are central to the province’s conception of itself and its place in the federation.

But the trade dispute is also about existential matters, including climate change—which threatens to bring about death and destruction by natural and political phenomena including flooding, drought, storms, food shortages, refugee crises, institutional collapse, and even (literal) war—as well as economic security and prosperity. In that sense, it is not just a serious clash, but a fundamental one. It cuts right to the question of what we’re willing to give up, who we expect to make sacrifices, and why. It raises questions about what sort of federation we want to be and whether, in the long run, the federation is viable.

Despite that, what we’ve found ourselves with is a disagreement between the two provinces that has been in some ways petty, bourgeois, and childish, with cynical talk about “who blinked,” the targeting of the wine industry, chatter about vacation homes, and baroque political posturing, including Premier Notley incessantly tweeting out letters she had received from every Johnny in Kelowna and Mary in Prince George who supported her against Premier Horgan. It hasn’t exactly been a high moment of social democratic unity in the county. Indeed, for being about such a serious matter, it was often downright trifling.

And there’s the sad twist of the knife: in Canada, our politics—even when they’re over big issues—resort to the small. When we need and expect solidarity, we find disunity. When we need an overhaul, we get tinkering. When the issues are existential, we turn to the comparatively frivolous. In that way, the rather elitist row over wine and getaway spots and, more fundamentally, a major pipeline project is more familiar than we’d like to admit—but it bodes ill for the future as we collectively whistle past the graveyard.