Opinion: Conservative and Liberal voters agree that economic inequality must be addressed. But politicians are focused elsewhere. 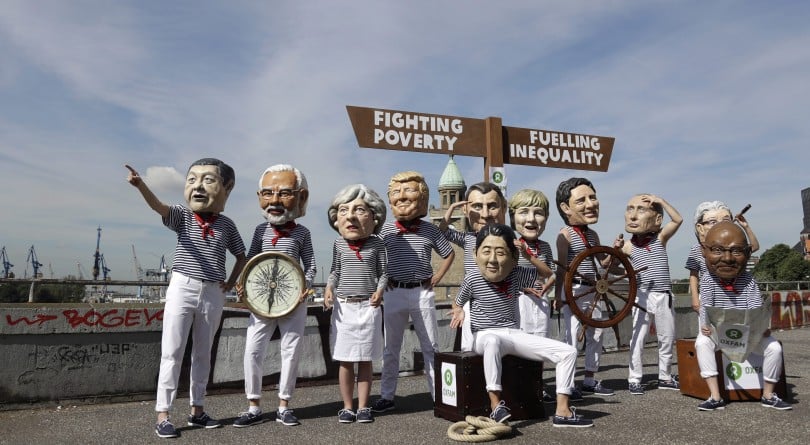 Question: The media are riveted by the SNC Lavalin affair at a time when Canada is in the midst of a full-blown cultural storm over race and immigration. Why does one issue swamp the national debate while the other, which is at the very heart of how Canadians define their country, lie almost mute in the inky depths beneath public discourse?

Question: Six weeks after SNC Lavalin splashed into the media, sweeping away two cabinet ministers, the prime minister’s principal secretary and the clerk of the Privy Council, EKOS research still shows that the uppermost issues on the public’s mind remain the end of shared prosperity and an awareness of how wealth is accelerating into the hands of society’s top strata. In addition, there is a widening chasm in opinion on immigration and race that may dwarf any other issue in determining the 2019 election calculus. Why do those concerns remain trumped by the apparent political crisis of SNC Lavalin?

Question: The Liberals captured the millennial, working class and non-university educated vote in the 2015 federal election. Why are they now losing all three?

The short answer to all these questions is that Liberals, Conservatives and the media are pinioned by their own narratives while the public’s overwhelming concerns are somewhere else.

Read more: Canada is a tinderbox for populism

The Conservatives now have a lock on working class and non-university educated support. They have a 16-point advantage with men. Liberal support from the young men who are traditionally progressive voters — they were a major factor in the election victory of Justin Trudeau’s Liberals in 2015 along with their female millennial counterparts—has been eroded. These young men have now drifted to the authoritarian populist appeal of the Conservatives and Maxime Bernier’s Peoples Party of Canada. This new party has five per cent support nationally but 15 per cent support among millennial males (millennial females have been heading toward the NDP). What is the Conservative Party of Canada that is attracting them?

EKOS research shows that slightly more than 70 per cent of current Conservative voters think that too many of the immigrants and refugees entering Canada aren’t white. Meanwhile, the corresponding numbers for centre-left voters are around seven per cent. EKOS analysis of the numbers is that this may be the defining feature of Conservative support in the coming election, more important than fiscal or social issues.

This is a party whose leader, Andrew Scheer, spoke earlier this year at a Parliament Hill rally infiltrated by anti-Muslim, anti-immigrant, white nationalist elements without distancing himself from them, whose initial statement condemning the terrorist murder of people at prayer in New Zealand avoided mentioning that they were Muslims. The party has broadcast falsehoods labelling the United Nations Global Compact for Safe, Orderly and Regular Migration a take-over of Canada’s immigration sovereignty. It has relentlessly sounded alarms — and attempted to turn into a racial issue — on asylum seekers entering Canada by walking across the U.S. border, an action legally allowed by refugee protocols to which Canada adheres. Canadians differ incommensurably on climate change, immigration, globalization and the role of the state. The Conservatives fall on the oppositional side of that gulf.

For their part, Liberals can read polls. And because of that fact, the recent federal budget offered good things for millennials (born roughly between 1980 and 1996 and now Canada’s largest demographic): government help for first-time home-buyers (millennials have felt shut out of the home-ownership market in Canada’s main cities); a cut in the interest rate on student loans (millennials are burdened with student debt); measures to boost job skills (millennials suffer most from being stuck in precarious jobs and Canada’s investment in skills training has been down near the bottom of the list of the world’s wealthy countries) and even measures to encourage individuals to buy electric vehicles (because millennials are very green).

But both of Canada’s major political parties (the NDP are flat on the mat) lag behind the public’s judgement that something politically, culturally and economically is wrong with how the country is working.

The public has arrived at a rare moment of agreement that populism has been unleashed by a stratification of income not seen since the early years of the last century. In a country otherwise incommensurably divided on the major political issues of the day like immigration, globalization, climate change and the role of the state, EKOS finds harmonious thought among most Canadians—regardless of party attachment—that extreme and growing concentration of wealth at the top is responsible for Canada’s current social and economic problems. For example, wage increases for 90 per cent of Canadians have remained stuck at zero in constant dollars since 1980 while earnings for the top 0.1 per cent have gone up 500 per cent (note that chief executives of Canada’s five largest banks collectively earned $55-million in 2018 in total direct compensation, up roughly 6.5 per cent from 2017). There’s strong agreement across partisan boundaries on addressing the issue by taxing wealth and raising the marginal tax rate.

The young and the less educated and the working class were a significant factor in Mr. Trudeau’s election victory four years ago, supporting him, among other reasons, because he promised to deal with inequality.

Two years ago, in a speech to an elite German business audience in Hamburg, he set down his convictions. He said that companies are contributing to public anger when they post record profits on the backs of workers who are underpaid and overworked. He said: ”It’s time to pay a living wage, to pay your taxes and to give your workers the benefits and peace of mind that come with stable, full-time contracts.”

He said: “Increasing inequality has made citizens distrust their governments, distrust their employers. And we’re watching that anxiety transform into anger on an almost daily basis. [I]t’s time for us, as leaders in politics and business, to step up.” But that step-up has been largely absent from Mr. Trudeau’s record of governance, absent from the budget, from the Conservative critiques of the government, from what is happening in Canada.

But it doesn’t appear to be absent from the public’s mind. The current polling evidence in both Canada and in the United States suggests we’re seeing a sea change, a new political force on the horizon: a recognition by the public of the underlying causes of ordered, right-wing populism and a resolve to do something about them.

Across the border, politicians declaring their candidacies for the Democratic Party presidential nomination in 2020 are advocating for both wealth taxes and rising top marginal tax rates to popular acclaim. They are talking about inequality and promising to level the playing field in militant language — they’re using the word socialism, for heaven’s sake — seldom heard from American legislators.

In Canada, at the same time, many of the very voters who have moved into the authoritarian populist camp agree with those taxation measures, providing a nearly singular point of unity in an otherwise hopelessly fractured public.

Suppose, on the march to Canada’s October’s election, our political leaders began stepping up to the public judgment by proposing the creation of a wealth tax, of an inheritance tax, of caps on executive remuneration, of legislated routes to encourage profit sharing with workers. That may change the country’s political conversation.