The only thing that will fix Canada's military is public outcry

Opinion: Why the Canadian Armed Forces are trapped in a catch-22—and why pressure on our politicians is the only thing that can break it 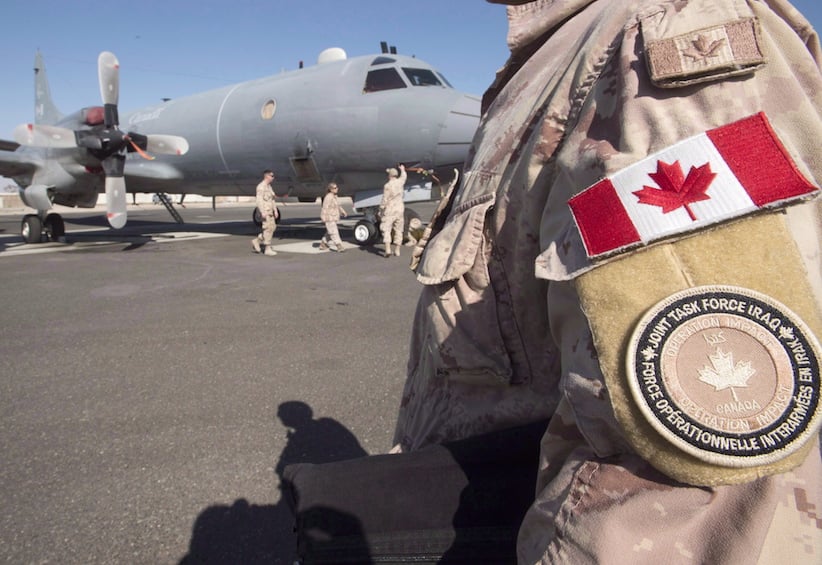 Canada may not be known for its military might—perhaps rightly so. The country’s military budget has fallen among the lowest in NATO, when measured as a percentage of GDP, and procrastination on decisions for new equipment has led to years of delays. A Lester Pearson-era reputation for peacekeeping has subsumed, in the public’s mind, the CAF’s responsibility for national defence.

But despite the limited size of spending on defence, the Canadian Armed Forces have, in fact, maintained a complex and effective range of military capabilities around the world, providing specialist experience and capabilities that are the envy of almost every country. It contributes to a diverse range of military tasks and has maintained a long history of supporting NATO operations, taking part in 19 international military operations and 11 domestic operations in 2017. It has sustained a number of missions in Europe under Operation Reassurance since the Russian invasion of Crimea in 2014. Operation Reassurance has been a sustained effort, with elements of all three services maintaining a presence in Central and Eastern Europe. Canada also has 450 soldiers leading a NATO-enhanced Forward Presence battlegroup in Latvia. In addition to European commitments, the Royal Canadian Navy has deployed a submarine across the Pacific for the first time in 50 years.

Despite this tempo of operations, the Armed Forces are often out of sight and out of mind. Indeed, Canada’s relationship with its military could be generously described as aloof. Little attention is given to the topic of defence in the country’s media, and the Armed Forces often take a backseat to many other national issues. Considering the significant role of the Armed Forces in Canada’s founding myths, military tradition and experience is strangely absent from everyday life, and thanks in part to this feeling of indifference on the part of voters, Canada’s politicians have allowed spending to dwindle.

There are, however, still military issues that provoke attention nationally. Prime Minister Justin Trudeau’s tone-deaf response to a disabled veteran at a town hall meeting in Edmonton last week about why the government was fighting some veterans’ groups in court over injury compensation—because “they’re asking for more than we are able to give right now”—demonstrated a profound misjudgement of attitudes, and he has suffered a wave of criticism as a result.

Trudeau’s comment will only widen the divide between veterans and the government. But a gap between civilian and military culture is not isolated to the Liberal Party: it is the symptom of a broader disconnect in the national psyche.

COUNTERPOINT: We’ve given up on Canada’s military, so let’s abandon it altogether

Canada’s vast geography has a lot to do with that: the country is simply too big and major population centres too far away from the main centres of military activities. Of the world’s 20 largest economies, Canada easily has the smallest military per area of territory. Short of completely demilitarized states such as Iceland or Costa Rica, it is almost impossible to find a country with fewer personnel per square kilometre; as of 2016, Canada has just 0.0066 uniformed personnel to protect each square kilometre, while Australia is the only nation that comes close, with 0.0074 personnel per square kilometre. South Korea is (understandably) the most militarized of the top 20 economies, at 6.24 in uniform per square kilometre.

Of course, this may be an unfair metric for the second largest country on Earth. But an alternative metric, using military personnel per capita, still leaves Canada the fourth-lowest number, with 0.0018 per person. In this instance, Canada is only beaten by India, Brazil, and China, whose large armed forces are eclipsed by their giant populations. Such measurements tell us nothing about military effectiveness or capability, but they do give some indication of the presence of the military in everyday life.

Indeed, Canada’s military is far less visible, particularly to people living in larger urban centres, and Canadians are less likely to know someone who has, or is currently serving in the Armed Forces. Countries such as the U.K., Germany, and Australia have almost 30 per cent more personnel per capita and the proportion is greater still in places like Spain, France, or the United States. The recent attention on defence spending by NATO nations has certainly spurred a greater discussion on the topic and it is right that Canada should gradually take more responsibility for national defence and seek to improve the role it can play with allies and international partners. But it shouldn’t require a wounded former soldier arguing with the Prime Minister for military issues to make the front pages: there are Canadian personnel carrying out tasks around the world every day that largely go unreported.

READ MORE: Why military funding in Canada is in such a sorry state

The other reason for the forces’ lack of visibility is the simple fact of our national peace. More so than perhaps any other advanced economy, Canada has benefited from the peace dividend that resulted from the end of the Cold War, and the implied protection that Canada’s close relationship to the U.S. provides has led to a complacent attitude towards national defence. The Trudeau administration has attempted to reverse Canada’s spending trend and aims to increase spending from around 1 per cent of GDP to 1.4 per cent by the middle of the next decade, but it’s a decision many saw as merely a response to a new era of uncertainty around U.S. policy.

Still, the Trudeau administration has touted engagement with partners and a wider global presence as an aim for the military and Canada’s government agencies, and the country’s various deployments demonstrate an ability to carry out that role. But if Canada wants to maintain such capabilities, then investment in personnel and equipment are vital for the future of the CAF. There was a great deal of praise for the navy’s new supply ship, the MV Asterix, entering service last month, but celebrations should be tempered by remembering that the MV Asterix was hastily procured as a stop-gap until brand new supply ships are delivered some time next decade. Successive governments have delayed decisions on the Joint Supply Ship (JSS) programme since 2004, and no construction is likely to start until 2019. Multiple attempts to choose a new jet has left the air force in need of its own stopgap secondhand F-18s from Australia, and a huge shortfall looms in the number of reserve personnel that the army aims to have by next year. Trudeau’s planned additional investment of $62 billion over the next 20 years is failing to make headway in the first year of implementation, and there are many areas of the Defence Policy Review that lack specific goals or deadlines.

If Canada wants to invest more in national defence, Canadian attitudes towards delays or can-kicking of procurement decisions must change so that they are politically unacceptable. Such an opportunity presents itself this year when the government selects a winning bidder for the Canadian Surface Combatant (CSC) programme; the CSC, the largest procurement project ever carried out by Canada, represents the future shape of the RCN, and could be the first of many large investments into the future of the CAF under Trudeau. Other, smaller investment decisions in cyber warfare, drones, and satellite communications are capabilities that Canada lacks, and while many of these are outlined as requirements in the Defence Policy Review, they were given no specific plans. Training, recruitment, and retention have also been chronic problems for the CAF, but investment in areas such as these usually fails to grab the headlines in the same way that new jets or ships do.

READ MORE: Serving in Canada’s military was my dream. It turned into a nightmare.

The stakes are increasing. Two decades of delays and underinvestment will eventually erode Canada’s capabilities. Much of Canada’s military equipment is entering the latter stages of its lifespan, and it is crucial that the money for replacements is invested now rather than left until it is too late.  There won’t always be stop-gap options in the future, and it is far more difficult to relearn capabilities than it is to retain them.

In Jack Granatstein’s 2004 book, Who Killed the Canadian Military?, the historian concludes that ultimately, public attitudes have allowed politicians—who should take “the major share of the credit” in the military’s fade—to ignore the CAF. The Canadian interpretation of the military’s role is distinctive on the world stage, as the country sees peacekeeping as the CAF’S primary function and ignored the requirement for national defence. It’s produced a catch-22: the military’s shrinking role throughout the second half of the 20th century often placed it out of citizens’ view, which has led to even less public interest and political appetite. As the Trudeau administration reconsiders the country’s foreign policy and the role the armed forces will play in that, the public needs to provide the momentum for sustained regeneration of the military—before it’s too late.