The pandemic has offered a look at prison reform possibilities

Our Editorial: A quarter of all adult inmates in provincial prisons have been released since March and there’s been no noticeable crime uptick in said provinces. So, why not adopt these policies permanently? 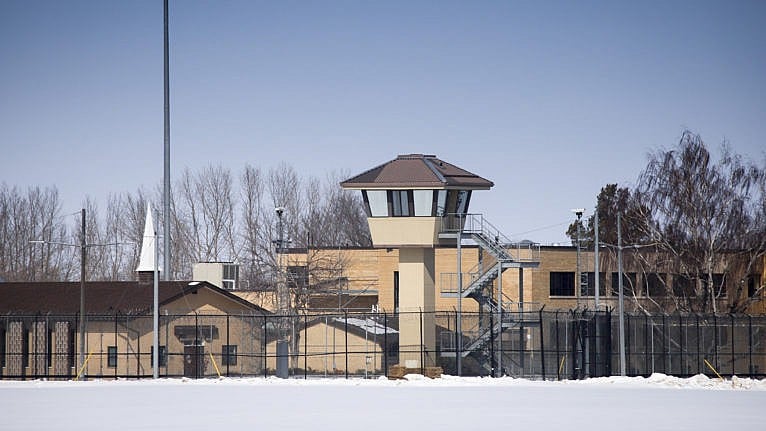 The Bowden Institution medium security facility near Bowden, Alta. Government medical professionals say Canada's jails and prisons don't meet with physical distancing guidelines for COVID-19 and they want as many inmates as possible to be released (Jeff McIntosh/CP)

The chance of becoming infected with COVID-19 in prison is 13 times higher than for the general public, a fact that raises many legal and ethical issues. “A prison sentence should not also sentence you to greater risk of disease,” advises Adelina Iftene, a law professor at Halifax’s Dalhousie University and associate director of the school’s Health Law Institute. “The state has a very serious responsibility to protect the people in its custody.”

To fulfil this duty, many prisons doubled down on their core competencies of lock and key. “Across the country, lockdown and segregation have been the main responses to COVID,” says Iftene. But another way to keep prisoners safe is to set them free.

According to Statistics Canada, a quarter of all adult inmates in provincial prisons have been released since March due to new coronavirus protocols. Nova Scotia reduced its prisoner population by 41 per cent. (Federal prisons, which contain inmates convicted of more serious crimes, are down one per cent.) Those who have legally escaped provincial prison in this way include those in remand awaiting trial (and who have yet to be found guilty of any crime), as well as convicts serving intermittent or weekend sentences. Neither group poses a serious risk to public safety. The overuse of pretrial detention is much-lamented and weekenders already spend most of their time in the community. As Iftene notes, there’s been no noticeable uptick in crime in provinces that have purged their prisons in this way. So if a minimalist approach to jailing makes sense during a pandemic, why not adopt such policies permanently?

Despite falling crime rates, Canada’s prison population has remained remarkably steady in recent years, a product of numerous “tough on crime” reforms delivered by the previous Harper government. While such policies are often politically popular, over-incarceration contributes to social and racial inequities; Indigenous people make up 30 per cent of federal prisons while comprising only five per cent of Canada’s total population. Longer sentences also produce older inmates. The share of Canada’s federal inmates over the age of 50 has doubled in the past decade. Yet numerous studies show elderly prisoners represent a very low risk of reoffending, regardless of their original crime. And over-incarceration is expensive. The average federal inmate costs taxpayers $125,000 a year. “We need to remember ‘tough on crime’ is not free,” says Iftene.

With new evidence that many low-risk prisoners can be freed without compromising public safety, now is the time to contemplate broader reforms to Canada’s criminal justice system. A wish list would start with changing bail to ensure most accused individuals live at home while awaiting trial. Canada could also follow Britain’s lead and give judges the right to defer all sentences of fewer than six months. Short stays in prison serve no rehabilitative function—as former British minister of state for prisons Rory Stewart told the Daily Telegraph, short sentences are “long enough to damage you and not long enough to heal you.” Ending mandatory minimums would give judges further discretion in fitting sentences to individual crimes.

Another desirable reform is to make prisons local institutions once again. Large, geographically isolated “super jails” have estranged prisoners from vital family and support networks. “We need to demand that…prisons are part of our communities, and prisoners are part of our communities,” Black activist Syrus Marcus Ware pointed out during a recent Maclean’s roundtable on racism.

Finally, any commitment to decarceration must include supports to ensure released prisoners can contribute to society, as is the alleged goal of our justice system.

For all the damage it has caused, COVID-19 offers an unprecedented look at what could be possible if we make it our goal to keep people out of jail, instead of trying to keep them in.

This editorial appears in print in the January 2021 issue of Maclean’s magazine with the headline, “Decanting prisons.” Subscribe to the monthly print magazine here.