The police saved my queer, Muslim life. And they can be allies for others, too.

For many in marginalized communities, the police are our only hope. The journey to fight injustice should not be a zero-sum game. 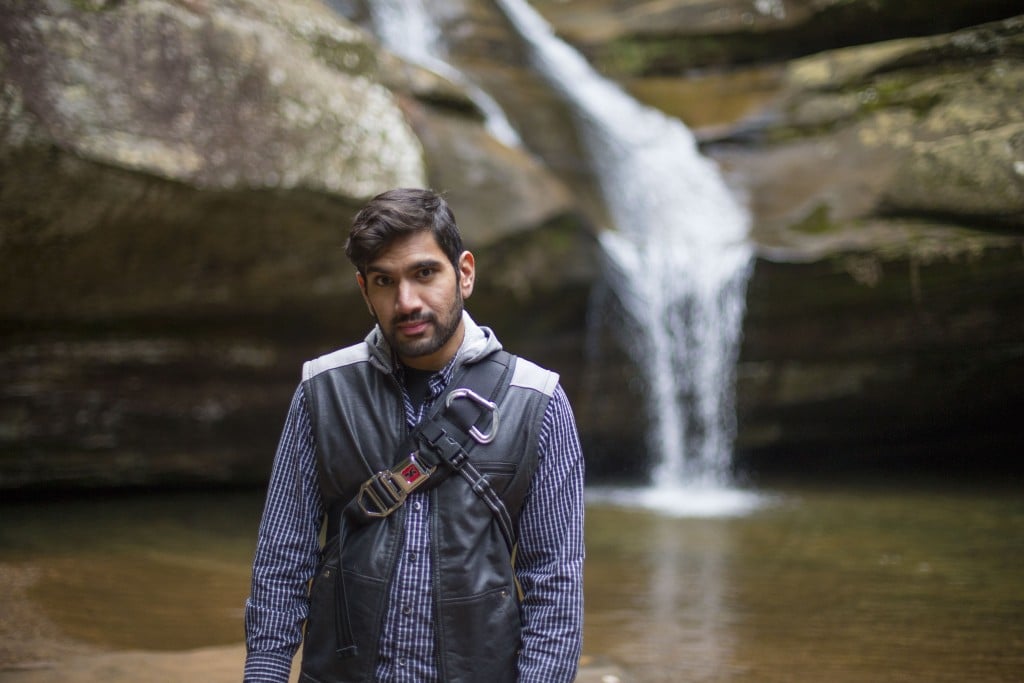 I’m gay, Muslim, and a person of colour. And I’m able to write this because the police saved my life.

In March of last year, the York Regional Police took me to a hospital and detained me under the Mental Health Act for attempting to kill myself. On that day, if you had asked me if I had any reason to live, I couldn’t give you any. The reasons to die, however, were endless.

As a gay man coming from a conservative Bangladeshi Muslim immigrant family, my parents did not accept me and never would. When I first came out, they responded by offering to help me pray to Allah to become straight. They then offered to arrange a marriage to a woman as a cure. Finally, they pleaded with me to go back into the closet because being openly gay brought great shame to them within their ethnic community.

The reason I was out in the first place was because, while in the closet, I was in an abusive relationship with another man. After leaving him, that man threatened to expose my sexual orientation to my parents. After coming out, that man tormented me with threats of legal action against me. Death, in context, seemed like the only way out of this nightmare.

As I sat in the emergency room on what was the worst day of my life, I could not have asked for a better human being to be by my side. Constable Ian Lavender, the York Regional Police officer who drove me to the hospital, tried everything in his power to make me smile. The constable opened up about his own conservative religious family and tried his best to lighten the mood. At one point, I became morbidly embarrassed as I discovered one of the nurses was a guy I had gone on a date with and still had a crush on. “You have good taste,” the constable said as he checked him out. Then, with an understanding nod, the constable moved and shielded me from the nurse’s view.

That painful day comes at loggerheads with the public impression that some currently have of the police, especially in marginalized communities. Groups like Black Lives Matter Toronto (BLMTO) and their supporters have called them “terrorists” in “murder garb”, calling for them to be banned from marching in uniform during Pride and, according to an interview with prominent BLMTO figure Janaya Khan, ultimately abolished. Their efforts have led the Toronto Police force, for the first time since 2000, to not march in the parade. Toronto Pride has enforced BLMTO’s demands by barring officers who wish to march in the parade from wearing their uniforms.
On social media, some BLMTO supporters have assailed those who have a contrary opinion on the issue of systemic racism and police injustice; some have suggested that the fact that the police saved my life means my experiences should be dismissed as coming from a place of privilege.

I acknowledge that for many queer people of colour, the police are a source of fear and intimidation. In many respects, these protests have done the LGBTQ community a service; systemic racism, anti-black racism, and law enforcement misconduct are real issues inadequately addressed within our community. But I believe we—especially in queer marginalized communities—must also recognize that the police are an institution that provide aid and protection when the system otherwise fails us. After all, according to statistics provided by Rainbow Health Ontario, LGBTQ individuals, especially youth, are as high as seven times more likely to attempt suicide than their cis-heterosexual peers. With our underfunded mental health system, many do not get the help they need. Moreover, many immigrant families, including the one I grew up in, balk at the concept of mental illness and treatment. This leaves many suicidal ethnic and sexual minorities in a crisis situation, with the police often being the ones to first respond. Police departments across Canada know this and train for this.

I’ve seen this firsthand on more than one occasion: One year after the police saved my life, I called them to save another. A queer friend, and fellow ethnic minority, had texted me about killing themself. They were already in the tub; they had already started cutting; they had already started bleeding. Before the police arrived, I pleaded with my friend to call someone for help. They agreed and dialled a Toronto crisis helpline, only to hang up when they were put on hold due to large call volume. Had I not called the police, an institution that is trained to deal with situations like this, my friend would not be alive today. 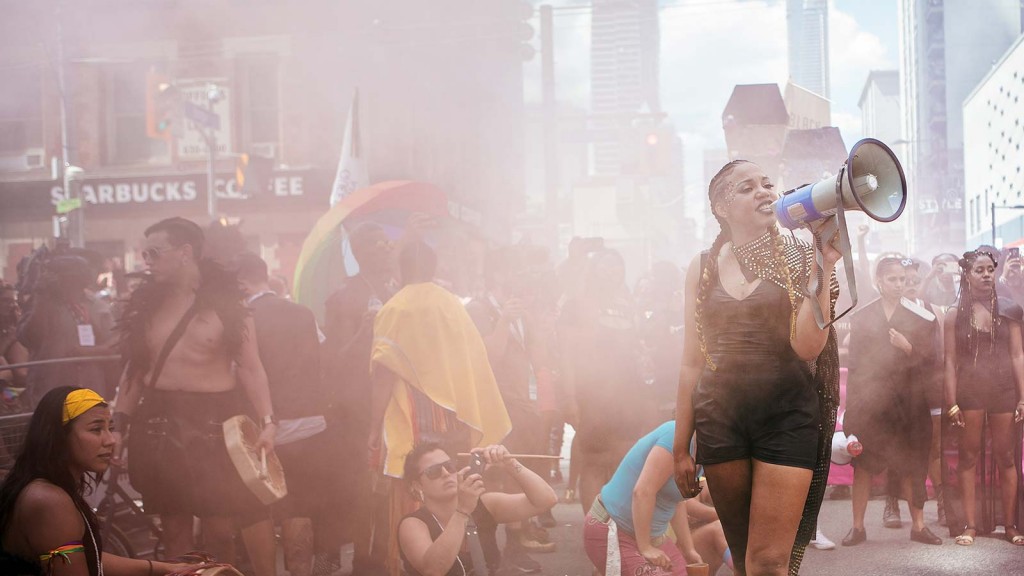 It is easy to see where the police have been unjust to the queer community, in part because of the publicity and protest such acts garner. However, the police’s role as protector and provider of aid often goes unnoticed. For my friend who is HIV-positive—who fears every hookup will end up with him being beaten when he reveals his status—the police are his valued ally. For my friend who was shunned by his gay peers because they sided with the man that punched him, the police are there for him when his peers are not. When a pro-ISIS Twitter account started distributing my picture amongst themselves, and when Muslims sent me death threats after I criticized some Muslims for endorsing homophobia in the wake of Omar Mateen’s attack on the Orlando night club Pulse, the police are what give me the strength to not live in hiding. Not everyone in our community has the same hardships and one person’s oppressor can be another’s liberator. Addressing police injustices requires recognizing this fact and moving forward with a nuance which, unfortunately, those in favour of banning the police have been unwilling to show.

In January, during the annual general meeting of Toronto Pride, a group of largely white BLMTO supporters forced through a motion mandating Pride Toronto agree to BLMTO’s demands in whole, bypassing both Pride Toronto’s dispute resolution process as well as their regulations as to how to bring forward such motions. Requests to debate each of BLMTO’s demands individually were voted down by the largely white group of individuals. This prevented people of colour like me from proposing that some allowances be made. If we’re protesting violence against minorities, why not send a clearer message by banning specific offending police officers? If it’s a fear of guns, why not ask the police to march in their formal (unarmed) dress uniforms? If the goal is to encourage police reform, why not include a metric by which police can earn their way back into Pride? At the very least, if Black lives matter, then the specific police department that played a pivotal role in stopping an alleged group of confederate flag-waving racists from continuing to torment a black teen should be allowed to march normally, as they always have.

Although I was not able to speak at this meeting, other people of colour were. A black individual named Maurice Tomlinson, running as a candidate for a seat on the board of Pride Toronto, later came to the mic. Wrapped in a Jamaican flag which he wore as a cape, Tomlinson expressed how electing him would make the board more racially inclusive. During a Q&A session after, a white individual came to the mic demanding Tomlinson explain how he can be a good board member since his partner is reportedly a police officer. Tomlinson pled that the police exist to protect us—but he was booed down. In the months that followed, and conversations I’ve had, I began to understand that the anti-police sentiment had hardened into one without nuance, and that no number of black or brown voices could ever change the hearts and minds of those in that room that day. Brown and black dissenting voices, even those in favour of police reform, are not only dismissed as “privileged” but are also verbally assailed.

“[A] lot of black people in Toronto and elsewhere don’t agree with [BLMTO], but they are afraid to speak out.” writes Orville Lloyd Douglas in a recent CBC piece. Douglas’s fears are not unfounded. From what I’ve seen personally, there is a real apprehension amongst queer people of colour to publicly disagree with BLMTO. “That people are afraid to speak up and out against BLMTO because of the power they have should worry all Black people,” tweets Septembre Anderson, a Black writer who has also seen a deluge of hatred for her public criticism of BLMTO. When bringing her concerns directly to BLMTO, she reports that BLMTO “denied them all” and “were violent, dismissive and not accountable.”

And from my own experience, which echoes Anderson’s experiences, the angriest and most rabid defenders of BLMTO are often not even Black. Many non-Black individuals conflate criticism of BLMTO with anti-Black racism. For such people, supporting BLMTO serves as proof that one has “checked their privilege” or, as Anderson puts it, their favourite way of alleviating white guilt. It is perhaps the fear of losing this anti-racist branding that the most loyal and unwavering supporters of BLMTO are also often the whitest. We can’t let a movement against anti-Black racism become one where anti-oppression becomes a zero-sum game, where the safety of one marginalized group comes at the price of another. The stakes are too high. 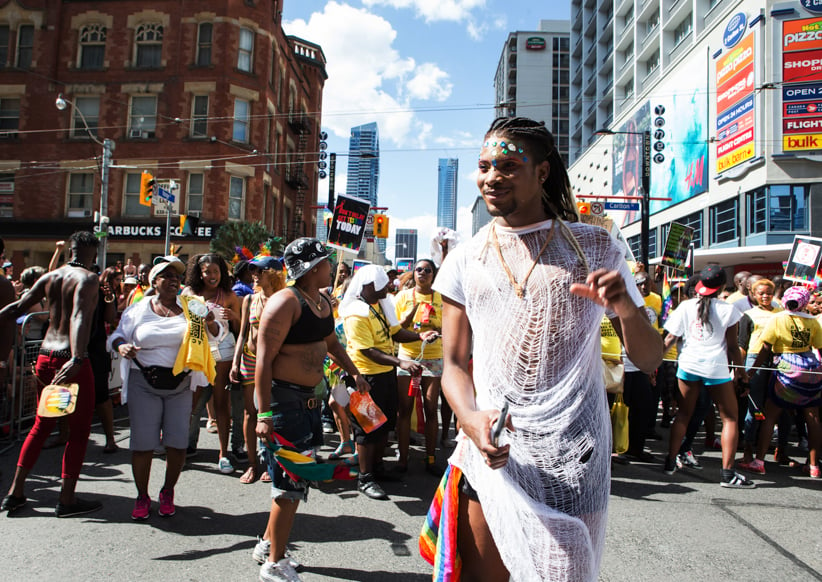 Growing up in the closet and contemplating suicide, my conservative Muslim parents never let me attend Pride. The closest I got was catching glimpses on TV before being forced to change the channel. Of these distant glimpses, images of police marching in Pride stood out. Seeing the police, prominently and by choice, marching in Pride meant I knew they were my allies—or at least trying to be—even when those closest to me, my family, were not. It meant I could turn to them for safety when the threats I faced came from my own community and my own mental health. The loss of uniformed police marching in Pride is the loss of important visual outreach to marginalized groups too oppressed to come to Pride. It’s outreach that saves lives like mine.

MORE: What the ‘lavender scare’ tells us about Pride and its future

To me, Pride was never just a party or a parade: It is a literal and figurative march towards greater justice. It is a journey that has seen the police transform from an institution that attacked us, sparking our parade in the first place, to one which we can turn to when our march is under threat of attack. The police as an institution have much further to go. But, as we march, we must recognize we all have much further to go on the path of justice. This is why it is important we march together: Only by marching together can we lift each other up when we fall, tell each other to pick up the pace when we are too slow, and make sure no one is left behind.

Pride is not a parade of perfection; it’s a promise amongst the imperfect to walk towards a better future.

Shawn Ahmed is a queer, Bangladeshi-Canadian Muslim activist who has been honoured by both the World Economic Forum and the Webby Awards.