The Prince of Lightness returns

Andrew MacDougall: The return of Gerry Butts offers a hint at the tone of the Liberal offer in 2019: a return to positivity. Tories beware. 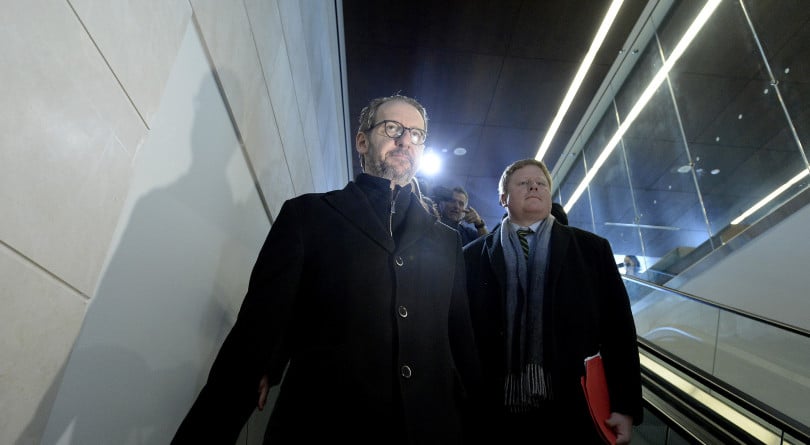 Butts leaves after appearing at the Standing Committee on Justice and Human Rights regarding the SNC Lavalin affair, on Parliament Hill, March 6, 2019. (Justin Tang/CP)

It turns out you can come home again. And so welcome back Gerry Butts, Canada’s top Trudeau whisperer, who this weekend returned to the Liberal fold following his spell in the doghouse of political radioactivity.

Twitter climaxed with the news, with experience varying depending on side of the political divide. For Conservatives it was a chance to (once again) spit the name SNC Lavalin with zeal. For Liberals it was a chance to thank their lucky stars they wouldn’t be going into the upcoming campaign deaf, dumb and blind.

“We’re fortunate to have positive, forward-thinking people (including Gerry Butts) who stay focused on what we can do to make life better for Canadians,” tweeted Liberal Party President Suzanne Cowan. “Because that’s what matters,” she added for good measure

What actually matters, of course, is winning elections, which is why the Liberal Party brain trust decided to risk opprobrium by reacquiring their brain. One can quibble over the exact level of Butts’ influence, but Justin Trudeau wasn’t a thing until Gerry Butts signed onto the project to make it a thing and the Liberals desperately need their thing to be firing to 2015 specifications.

However inadvertently, Cowan did make solid contact with one nail in her statement: the Liberals need to discover their positivity after months of salting the earth with abortion.

Enter Butts, a.k.a. the Prince of Lightness.

While Butts has a well-deserved reputation as a partisan gunfighter on platforms like Twitter, his true value to the Liberal cause is his optimism. He is a believer in the power of big government to solve big problems, whether that’s climate change or middle class woes. His return is the strongest hint we have yet at the tone of the Liberal offer in 2019.

The 2015 Trudeau offer of more spending, middle-class tax breaks, and increased child support was driven by a relentless optimism, a tone that was meant to jar with the public perception of Stephen Harper’s nearly 10 year-old government. By going positive again the Liberals could build on the best of Trudeau while goading the Conservatives into the kind of behaviour that fits the public narrative about their party.

The early returns are encouraging. A fair number of Conservative MPs are already foaming at the mouth, using Butts’ return to resuscitate the now-dormant SNC scandal along with the circumstances surrounding Butts’ departure from government.

Of course, there is some risk that Butts’ return prompts a reopening of the SNC wound. But reopening it will be Jody Wilson-Raybould and Jane Philpott’s prerogative, not the Conservatives’. It will be up to the two former cabinet ministers to share what’s left of their tale; there is little Andrew Scheer can do to earn another media cycle. Unless, that is, Trudeau does the politically unthinkable and grants SNC its long-awaited deferred prosecution agreement.

Given the Prime Minister has been strolling around Montreal throwing money at absolutely everything these past few weeks it appears he’s found other ways to ease his home city’s economic discomfort should SNC somehow fold or further restructure between now and election day. Any DPA will have to be conditional on Butts completing his assignment and producing a Trudeau win. In this sense, anyway, the Conservatives are right in saying the SNC gang is getting back together.

And while Butts, as some Conservatives are also pointing out, did say he was gone for good in May, no voter will be checking to see if Gerry Butts has kept his word before going into the polling station to cast their ballot. It is unlikely Butts will be the centre of a campaign firestorm.

This means the Conservatives would do well to focus on their positive offer to Canadians. The incumbent doesn’t have a truckload of accomplishments to his name, but there are some, and Canadians will need to be persuaded that there is a better way.

Going on about Butts’ return isn’t a program for government, nor is it a plan for a brighter future. The Conservatives will need to focus elsewhere.