The problem at the root of the RCMP's dysfunctional culture

Opinion: The RCMP is a federal military force that takes on ill-fitting municipal missions. To fix its culture, it should get out of contract policing 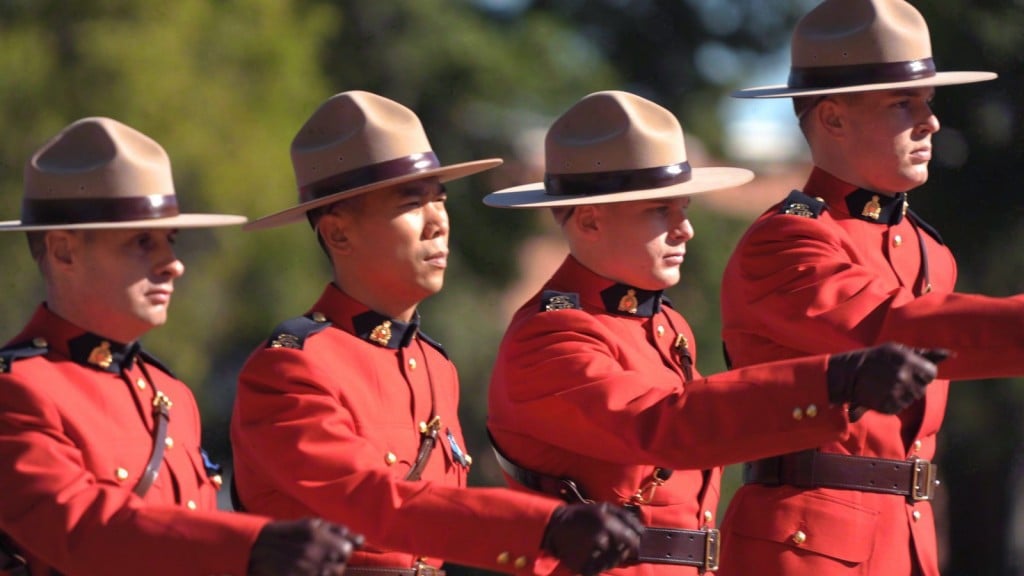 It feels like every passing day reveals another problem about the Royal Canadian Mounted Police. There have been reports of sexist mistreatment of female officers, bullying and harassment generally, unacceptable behaviour by trainers at the RCMP training depot in Regina, and the Mounties’ role in the national saga about murdered and missing Indigenous women and girls. The RCMP’s performance as a municipal police was put on trial last year in Moncton after three officers were killed by lone gunman Justin Bourque, and the one guilty finding from the four charges laid against the RCMP was for a failure to “provide RCMP members with appropriate use of force equipment and related user training when responding to an active threat or active shooter event”—a stinging indictment of the force all the same.

Another recent headline claimed the Mounties’ communications centres across the country are understaffed, some by more than 50 per cent. And the RCMP is having problems retaining people, too; many are leaving for policing jobs in other provincial and municipal forces. As their numbers dwindle, the workload goes up for those who remain. Overtime has skyrocketed, but money cannot compensate for the strain placed on the members and their families. In a March 2017 article for CBC News, Alison Crawford reported that retention was a major issue for the commissioner, yet one departing member told her that “not one person, not even in management, asked me why I was leaving.” This seems to be a remarkable oversight.

Meanwhile, Public Safety Minister Ralph Goodale recently announced plans to boost funding for First Nations police forces by $291 million over five years, starting in the 2018-19 fiscal year. It’s a sign of a broader shift; the Mounties used to run all policing in remote communities, and they still do in many cases, with work at a small detachment serving as a traditional first assignment for a new constable. Now, the First Nations police are doing more of this work, often with RCMP backup nearby, and it would appear that the preferred approach of the Trudeau Liberals is for locally run, community-based policing.

But will any of these problems effect change in their organizational culture? It’s doubtful—and that is, at least in part, because of the force’s deep-rooted origin story. And indeed, while some in the RCMP will see the rise of First Nations police forces as a threat to their policing work, it could actually offer a golden opportunity for the RCMP to refocus on its main mission and redesign itself along the programs that align best with that culture and history.

Originally created in 1873 as a federal military police force, the North-West Mounted Police was founded with a military culture, and that remains a central aspect of the RCMP culture today. The organization derives its operating doctrines from that military culture, and that dictates how they react to stress; it trains its members according to military standards, and imbues them with the attitudes of that culture. Indeed, to RCMP officers, the seemingly anachronistic uniforms, affiliation with horses and cavalry, and their records of service in the World Wars and other conflicts are affirmations of their work on behalf of the Sovereign, their honorary commissioner-in-chief. Mounties are regularly deployed outside of Canada together with, and sometimes integrated into, military task forces. If injured in the line of such duty, federal police officers are administered and cared for by Veterans Affairs. Many of them wear the same service ribbons and medals as other Canadian military services.

READ MORE: “The Mounties give up,” a Maclean’s investigation from 2006

But changes in society and technology have caused the RCMP to take on many new tasks and responsibilities over the last few decades. Their website lists 32 programs and services including commercial crime, organized crime, and coordination with international police services. But one of the most significant is contract policing, which is provided to all provinces (except Ontario and Quebec), three territories, and 150 municipalities across Canada, according to the RCMP factsheet on the subject. Seventy per cent of this cost, it says, is recovered from provinces, territories, and municipalities. The RCMP Report on Plans and Priorities for 2016-17 also shows that the force plans to allocate virtually stable funding and human resources for contract policing, accounting for approximately $1.3 billion and 28,800 full-time equivalent positions per year.

The key problem—one that has bled into the RCMP’s culture—is that the organization’s central purpose is as a federal defensive force, and not a municipal protective force. In their minds, RCMP officers do not “serve and protect” as many municipal police force mottos assert. Yet it is the reality: a significant proportion of the RCMP is engaged in municipal policing.

This dichotomy sets up a problem of organizational schizophrenia, a state in which the federal police are directed to conduct municipal missions and tasks for which they are inherently unsuited. The RCMP has the culture of a military force, and the expectations of a policing one—a hard collision of identity and perception that was meant to be a seamless blend of both when it took on those contract-policing duties. 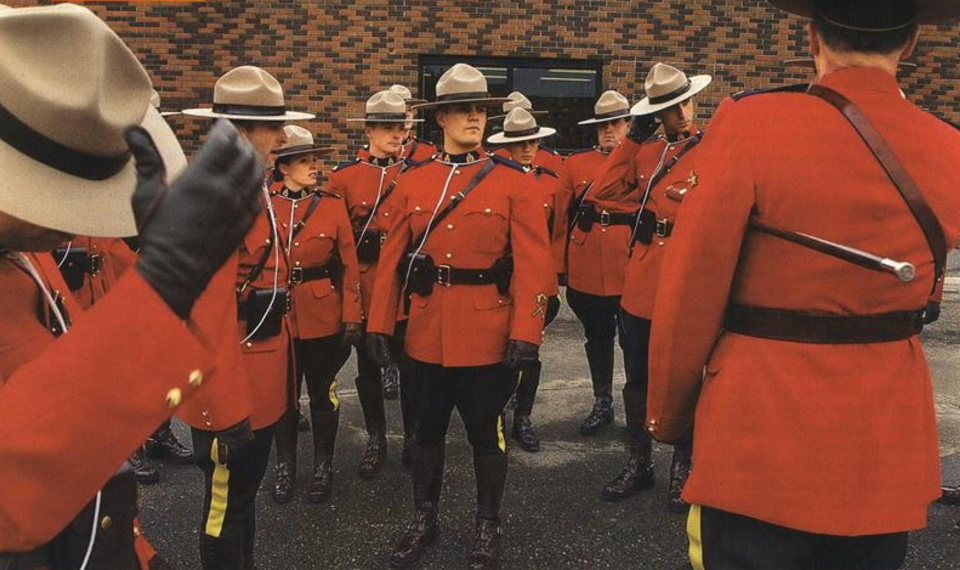 So when Shirley Heafey, a former chair of the Police Complaints Commission, flagged the RCMP’s culture as a big problem in an open letter in Maclean’s to the force’s next commissioner—one has not been named since the recent retirement of Bob Paulson—she missed the mark. Not because a culture problem doesn’t exist, because it does, as she noted when she urged Assistant Commissioner Brenda Butterworth-Carr to eschew “band-aids that cover only one wound only to have another sprout up next to it,” or when she cited former deputy commissioner Marianne Ryan, who sought to “take the ego out of the room” when trying to fix the RCMP’s problems, or when she recommended the formation of a RCMP union to give the members leverage in dealing with their leaders. The problem is that Heafey’s criticisms seem founded on the presumption that there is no difference between the RCMP and other police services.

This is an error. Changing the culture of an organization, especially a traditionally conservative and hierarchically bureaucratic one like a military force, is probably the hardest thing to do in any restructuring effort—but that’s especially true if the culture is shaped by history and training. The RCMP is hypersensitive to criticism, and that’s largely because its members view loyalty to the traditions of their service in the same light as any military around the world; they are taught to be fiercely proud of their identity and purpose. And its ill-fitting task of contract policing sets the backdrop for practically all of the problems that confront the force.

READ MORE: An open letter about fixing the RCMP

When municipalities consider contract policing with the RCMP, it is unlikely they understand the RCMP’s fundamental cultural bias—but they should. Effective community policing is achieved through close coordination and effective communication between the partner organizations. The object is proactive and effective problem-solving. To accomplish this, Public Safety Canada advises that organizational transformation of structure, management, personnel, and information systems are all essential. Yet meanwhile, the Mounties’ federal responsibilities require a national focus on threats from outside the country, and this can only be achieved through broader education, a clear focus on gathering intelligence from abroad, and close integration with other federal and international security agencies—a huge amount of work that could be achieved if its domestic responsibilities are re-envisioned. Resistance to change for a purpose that many in the RCMP view as secondary is at the root of the organization’s dilemma.

If anything, the RCMP may be culturally and practically best suited as the police force for Canada’s military. Oddly, though, this is not the case. The military relies on its own police, which Tim Dunne—who wrote a feature series on military justice in the Halifax Chronicle-Herald—has shown to be inept and ineffective. It is incongruous that our national police force is only functionally linked to the Canadian Armed Forces when deployed abroad instead of being organizationally integrated with the military at all times for effective response to national security threats.

It is past time for the RCMP to get out of contract policing and focus instead on the complex defence and security threats confronting Canada. Changing the culture of the RCMP to make it suitable for municipal policing is a tall order, and if this is to happen, it will require decades of organized and systematic reshaping of the force, a task that will render it unsuited for its federal responsibilities. A more economical and sensible approach would be to refocus the RCMP on the many federal tasks that can only be done by a truly national police force—thus creating multiple policing organizations with distinctive cultures and single-minded focuses on their respective missions.