The real 'black mark' when it comes to Canada's military

The Editorial: There's a pervasive culture of sexual misconduct in the military. After countless reports and recommendations, Harjit Sajjan should really have a handle on what needs fixing. And yet... 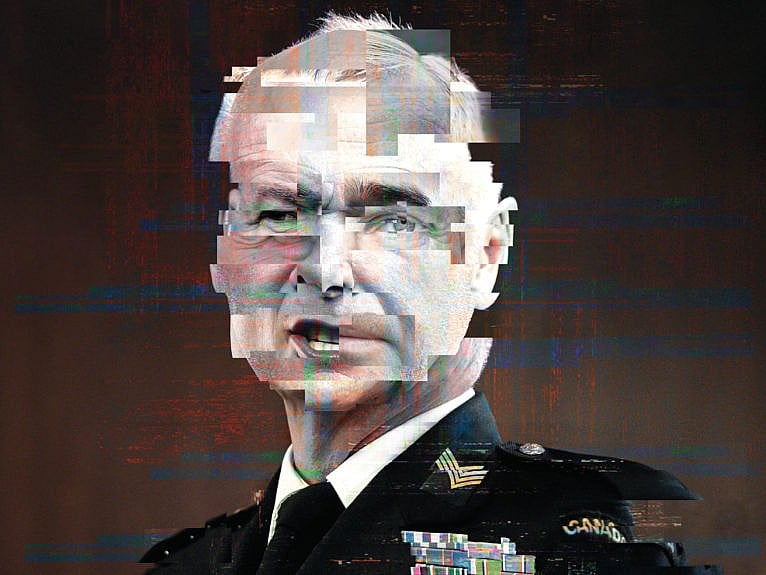 After her face appeared on the cover of a 1998 issue of Maclean’s with the headline “Rape in the military,” Dawn McIlmoyle remembers a severe backlash. “I got told that I was the worst thing to happen to the Canadian military,” she says today, describing the aftermath of an investigative feature that detailed the prevalence of sexual assault in the Canadian Armed Forces (CAF), “and a black mark on Canadian society.”

The institutional instinct at the time was to sideline whistleblowers and gloss over a badly damaged image, rather than support victims or address the root causes of the abuse. Though politicians promised action, they under-delivered, and the problem persisted.

Six years ago, an explosive report from former Supreme Court justice Marie Deschamps again highlighted a pervasive culture of sexual misconduct in the military. Leaders announced action plans at press conferences. Politicians reacted loudly. But the long-standing systemic failures that normalized abuse still remained. Now, a third reckoning is at hand, brought on by the investigation of senior leaders for untested allegations. A proud institution is again besmirched in the public eye. And the same obsession with appearances is undermining an opportunity to muster the political will to put people first.

FEATURE: The Armed Forces polices itself. That’s a problem.

Years of this pattern of behaviour have taken a toll. In 2019, only 38.5 per cent of surveyed military members agreed with the statement “I have confidence in the leadership of the CAF.” Senior military leaders should be held to account for a worsening breakdown of trust. But the country’s political leadership bears perhaps greater responsibility.

Equipped with countless reports and recommendations, Defence Minister Harjit Sajjan should, after six years on the job, have a handle on what needs fixing, and what his subordinates can do better. Yet, rather than admit to failings or table legislation in a probable election year, Sajjan reacted to recent events by launching another fact-finding mission.

The buck ultimately stops with Justin Trudeau. But he, too, has a political calculus—one that may not emphasize those in uniform.

The defence minister is a decorated veteran and was, for all his missteps, a star candidate for the job. How would it look if Trudeau added him to the diverse and growing list of ministers who’ve either been fired or voluntarily decided to bow out of the inner circle? Meanwhile, how sincerely can Trudeau demand accountability for sexual misconduct in the Forces when his 2018 response to a historical groping allegation was that “people experience things differently”?

If the goal is to push for radical improvements in how military personnel are treated, opposition politicians haven’t proven any less cynical. They seized upon an inappropriate golf game and shamed the “old boys’ club” without suggesting how to dismantle it. They devoted hours and hours of committee hearings to cross-examining Liberals about an allegation against the former chief of defence staff that the accuser reportedly wanted kept private—all the while paying lip service to the notion that complainants should be in control of whether their allegations are investigated. They censured Sajjan in Parliament without offering legislative fixes of their own, and without threatening a no-confidence vote in a minority Parliament.

In their haste to score political points, they missed opportunities to grill the minister on why his department has, for two years, delayed the implementation of a military victims’ bill of rights. Or why successive governments have done little to fix a badly broken military grievance system. Or what role Canada could play in the world to actualize our troops’ raison d’être as a force for good. Our soldiers deserve answers to those questions.

The worst thing that could happen to the Canadian Armed Forces today is for the same pattern to repeat itself. For promises to be made, and ignored, and political careers to be prioritized. For people at the heart of it—those who have and would risk their lives for this country—to be neglected. If anyone deserves a “black mark,” it’s those who would let it happen again.

This editorial appears in print in the August 2021 issue of Maclean’s magazine with the headline, “The real black mark.” Subscribe to the monthly print magazine here.