Stephen Maher: Bannon should be challenged over his weak ideas. But the defender of liberalism chosen for this event is Frum, who is not a liberal. 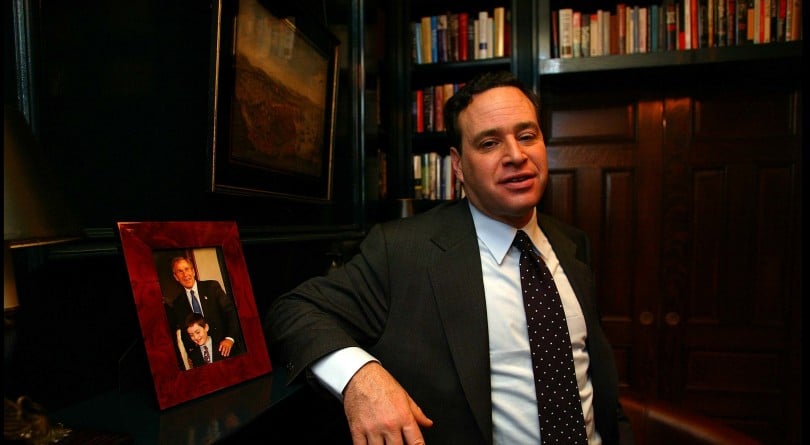 If you accept, for the sake of argument, that it is wise to invite onto the beautiful stage at the Roy Thomson Hall a racist rabble rouser who can’t fill a conference room at the Topeka Holiday Inn Express, you ought to pair him with someone who can shred his horrible arguments.

Instead, the organizers have paired him with Frum.

It will be like watching a sporting event where you hope both sides lose.

It’s too bad, because the question they are debating is urgent: “Be it resolved, the future of western politics is populist not liberal…”

Much of the free world is in the hands of frightening populists. Where they are not ruling, they look poised to take over. The shared liberal values that have guided western democracies since the Second World War are all threatened by a parade of would-be strongmen, chief among them Donald Trump, who Bannon helped make president.

If you believe in the value of debate, what could be better than confronting Bannon, putting him on the spot, forcing him to defend his weak ideas?

The problem is the defender of liberalism that the organizers have chosen is Frum, who is not a liberal.

I don’t mean that he’s not a big-L Liberal, a supporter of the Liberal Party. I mean that he is not a reliable advocate for small-l liberal values, like liberty and equality.

READ MORE: David Frum: Why Canada has escaped the ‘Trump Effect’; For now.

Frum has been playing such a person lately in television appearances, on Twitter and in the pages of The Atlantic. He even wrote a book—Trumpocracy—in which he attacks Trump.

But although he is a Never Trumper—one of the Republicans who refused to line up behind Trump after he trounced Little Marco and Lying Ted—and he is good at poking holes in Trump’s lousy arguments—he is not a champion of liberalism. And, worse, his own record as the key propagandist for the disastrous Iraq War makes him vulnerable to easy attacks.

If I were Bannon, I would be delighted to debate Frum, because Frum is a perfect symbol of the elite failure that led to the populist backlash by disgusted and fearful voters in Europe and the United States. By acting as a propagandist for the war in Iraq—the biggest disaster in the recent history of the United States—Frum helped create the conditions in which populism flourished.

Back in 2002, Frum was a junior member of a group of neoconservative intellectuals around George W. Bush. A Canadian intellectual in Washington, Frum and his fellow neocons convinced Bush that Iraqis would welcome their American liberators with open arms, and that the Iranians, inspired by the Iraqi transformation, would throw off the yoke of the mullahs and embrace democracy, bringing a new era of peace to the region.

Instead, as he wrote ruefully in 2013, “A cynical joke holds that ‘the United States won the war, Iran won the peace, and Turkey won the contract.’”

But although he acknowledged the failure of the war, Frum shrugged off his role in selling it: “I could have set myself on fire in protest on the White House lawn and the war would have proceeded without me.”

That may be, but it would have proceeded without a key marketing tool: the “axis of evil,” an inane but effective slogan that managed to link the Second World War Axis with three independent bad actors in Bush’s sights: Iran, Iraq and North Korea.

Frum coined the phrase for Bush’s 2002 State of the Union address.

In his 2003 book lauding Bush, The Right Man, Frum described the feeling of imperialist possibility that he and his fellow hawks felt as they relished the (short-lived) American victory in Afghanistan.

“You can see why America’s many detractors, ill-wishers, and enemies would be alarmed by the Afghan victory. If a few hundred men and a few dozen planes could overthrow the Taliban, what might ten thousand men and a few hundred planes do in Iraq? Or a hundred thousand men and a thousand planes do to the whole Gulf? It suddenly seemed that American power could do anything.The next great question facing the Bush administration was: What precisely did it wish to do?”

Bush spoke Frum’s words “with force and confidence—and this time, nobody was surprised by his success.”

When Frum left the White House after taking credit for coining the phrase, he triumphantly crowed about the success of the war and attacked its critics. On March 25, 2003, just days after the end of the “Shock and Awe” bombing campaign that levelled much of Baghdad, Frum wrote a vicious 6,500-word attack on conservative war critics, accusing them of cheering for America’s enemies.

Later in 2003, he published a book—An End to Evil—with Richard Perle, who helped justify the war by spreading false intelligence linking Saddam Hussein to terrorist group Abu Nidal. The book, read in 2018, is sickeningly wrong-headed, so thorough in its misreading of the situation at the time as to be laughable, if the consequences of its authors’ follies were not so horrible.

Frum and Perle called for more war: American invasions of North Korea and Syria, a hard line against Iran, a crackdown on Muslims in the United States and a law requiring all Americans to carry a national identification card.

Horrible events in Iraq and Syria soon showed that the Frum-Perle prescription for more war could not win arguments even in the conservative think tanks of Washington.

It is revolting to now read the list of “seven great objectives” that Frum and Perle claim for the U.S. war in Iraq, including an end to the threat of Saddam’s weapons of mass destruction, a victory over terrorism and valuable lessons about how to fight wars in the region. In fact, tragically, the invasion led to civil wars in Iraq and Syria, the deaths of untold millions, and the rise of ISIS, who make Abu Nidal look like boy scouts.

And the enormous wave of refugees who fled the Middle East for Europe to escape the conflict led directly to the rise of populists who Frum now decries.

Throughout, Frum has remained unflinching in his lack of compassion for the poor wretches driven from their homes by the policies he advanced so forcefully. Before he cast himself as a Trump critic, he was making nasty arguments about the threat of Muslim immigrants, and blaming Iraqis for the war he helped sell.

In An End to Evil he called for his opponents to be silenced: “Those critics of the Iraq war who exhausted their stockpiles of perseverance and courage before the shooting even started have disqualified themselves from leadership in those struggles.”

In spite of his massive failure on the most consequential event in his intellectual life—which by his own argument ought to be disqualifying—Frum has remained an influential public intellectual, a tribute, no doubt, to his talent for rhetoric.

But his distaste for populism is best understood as part of a long-running civil war between American conservatives—with nativists like Bannon on one side and neo-conservatives like Frum on the other. That civil war seems to have confused some people into thinking that Frum might be an adequate defender of liberal values.