The sad truth about cabinet shuffles: They don't matter

Opinion: History—not to mention Ottawa's centralized form of government—suggests that cabinet shuffles are irrelevant for nearly everyone outside official Ottawa 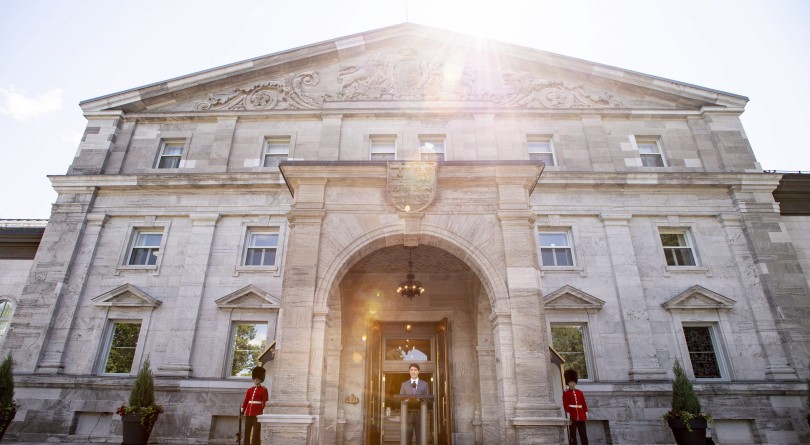 There’s nothing like a good cabinet shuffle to make Ottawa go insane. And I mean around-the-bend, Donald-Trump-watching-CNN insane.

Well, the official bits of Ottawa, anyway. And so it was today. But why?

After all, it’s not like anyone outside of Ottawa—or even inside of Ottawa, but outside of government—could even name a small fraction of Justin Trudeau’s cabinet. Don’t believe me? Go ahead, name the minister for fisheries. (No Googling). Or trade. Or transport.

And yet, despite the cabinet’s popular obscurity, the people whose job it is to explain Ottawa to those folks who aren’t blessed enough to call it home—or work for it—jump out of their seats at the mere mention of a game of ministerial musical chairs. Political reporters who in the normal run of business couldn’t locate the events of the minister for tourism and small business with a map and a business plan, start wondering how changing said minister will impact the government’s prospects for re-election.

Here’s a little secret: the answer on the electoral prospects front is always zero, no matter the portfolios being swapped. And today’s shuffle is no different. So sorry, Team Trudeau: the big Mary-Ng-to-Small-Business play doesn’t mean 2019 is in the bag. It hasn’t even put Markham, Ont., in the bag.

Yes, cabinet appointments do matter locally and regionally, even if this “regional balance” angle isn’t why reporters go bananas for shuffles. That is, unless a region is missing—in which case they’ll sneak in a minister with a minor portfolio. That’s why, for example, an MP from PEI is always given responsibility for the Ministry of Blunt Objects That Aren’t Essential to Government. Or, failing that, Agriculture. (The name you’re looking for is Lawrence MacAulay.)

But now, diversity is being put forward as the new geography; cabinet not only has to stretch across the country, it needs to look and sound like Canada too. Indeed, Justin Trudeau has made this the central tenet of his cabinet planning, and to international acclaim. But even that’s news that’s only skin deep; it doesn’t really matter to the effective functioning of government.

The reality is that most people don’t care about politicians other than their local MP and the Prime Minister. No one votes for a local MP because they like the cut of the last finance minister’s jib. There just aren’t that many indispensable C.D. Howe-types around these days (kids, you’ll actually want to Google that one, because Howe was a boss).

So why do governments shuffle their cabinets anyway? It’s not to tell froofy stories about their values—or, at least, not only to do that. Governments generally shuffle the deck because something is wrong with the government’s hand. That’s why reporters geek out over shuffles: It’s an admission of error, if not fault. That’s when you edge toward a cabinet shuffle that actually matters.

But even then, the big admissions of failure usually happen because of significant scandal, and they’re the exception, not the rule. Like, say, when you notice you’re down a defence minister because he’s resigned following a tour of strip clubs in what was then West Germany while on official duty. Or when your longtime finance minister decides it’s time for you, the prime minister, to go because of sponsorship troubles.

Other times, you’re forced to act following misfortune, like when a minister integral to your operation steps down unexpectedly not long before his tragic passing, as happened with the late Jim Flaherty. And even then, these scandal- or tragedy-spurred swaps hardly ever alter the trajectory of a government; the problem and fix isn’t with the cabinet, it’s with the house.

Instead, the admissions are usually over the little insidery details that those outside official Ottawa don’t really care about, like how a ministry is run, or a lack of firepower or communication nous on a sensitive file. The right shuffle can fix that up right quick and save a government’s bacon—but almost imperceptibly.

For example, one of the cabinet shuffles that Really Mattered during Stephen Harper’s time was the one that featured Rona Ambrose being replaced at the environment ministry by John Baird. Ambrose was struggling to keep the rabid enviro critics at bay at the time, and so bulldog Baird was brought in to bark a bit louder at them while selling the killing of the Kyoto Accord. One suspects a similar approach is being pursued with Trudeau’s appointment of the firm-handed Bill Blair to handle the question of border security. But it’s hard to say that shuffle meaningfully affected voters’ opinions.

And the ones that do get the notice of voters are usually mere distractions, providing the appearance of change rather than actual change when what’s blocking a file isn’t the minister, it’s broader circumstances outside the government’s control.

To wit, many applauded when Chrystia Freeland—the Trudeau government’s designated adult—replaced Stephane Dion as foreign affairs minister, while retaining responsibility for NAFTA. After all, who wouldn’t want a sharp mind and effective communicator in that post? But when the problem is Donald Trump, even Albert Einstein wouldn’t be able to solve it. It’s the right cabinet move, but it’s hard to say things are going particularly peaceably on the whole U.S.-Canada relations file.

READ MORE: A U.S.-Canada trade war rages on—and we are not blameless

So really, the sad truth is that cabinet shuffles rarely matter anymore. And what’s really catalyzed this fact are the new rules of the game in Ottawa: Canada’s modern style of centralized government simply doesn’t allow for big personalities who propose and execute bold new approaches to their portfolios. The Prime Minister now rules all with an iron fist, making cabinet shuffles little more than exercises in ranking how effectively the PMO thinks MPs can follow their instructions.

After all, shuffling the deck chairs on a ship that’s full-steam ahead doesn’t affect the rudder. But it does give us something to talk about if the ship starts to spring leaks.