The secret no government wants you to know: No leader has a 'mandate'

Opinion: Leaders across Canada's political spectrum have used their 'mandate' as a defence for their actions. But voters beware: that's not how our system works 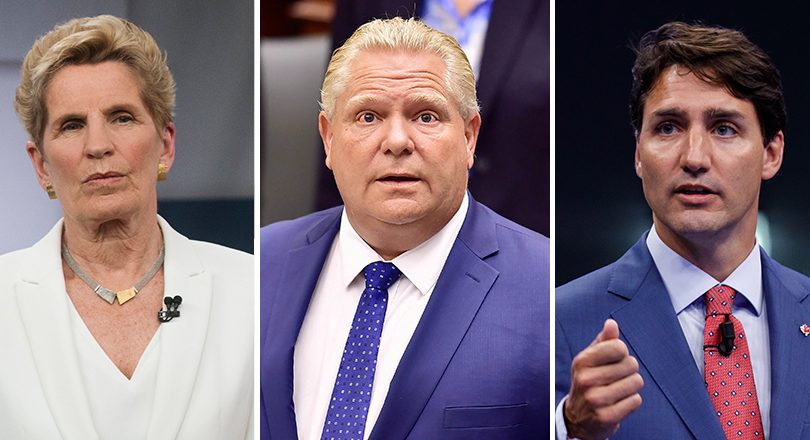 Democracy is like former U.S. Supreme Court justice Potter Stewart’s opinion on pornography: It’s difficult to define, but you’ll recognize it when you see it. And people see democracy all over the place. Do an informal poll around the dinner table or on the pitch or at the pub, ask “What is democracy?” and you’ll get an array of responses: It’s elections, or it’s the government doing what you want them to do, or it’s the freedom to choose, or it’s the ability to affect outcomes by participating in political decision-making.

Governments also see democracy all over the place, but they conveniently adjust their definition to fit their ambitions, their agendas, and the particularities of the moment. Often, governments from across the political spectrum will cite a “mandate” as justification for what they have done or intend to do. “The people chose us and our plan,” rings the voice in the hall, “and that is what we are going to do!”

It’s a familiar justification for policy, especially right now. In Ontario, Premier Doug Ford has decided to intrude into municipal politics—returning to what he claims to know—by announcing that his government will nearly halve city council seats in Toronto to 25 from 47 and cancel regional board chair elections in the province, just before election season. It’s like a referee stopping a match midway to inform the players that rules have changed and, if you don’t mind, half of you need to hit the showers and don’t bother coming back to the field.

But this maneuver is certainly not a Ford invention. His execution of it may be ham-fisted and inelegant, and his painting of the political landscape may be a shade or two darker than his recent predecessors, but governments in Canada from the right, left and centre at both the federal and provincial levels have long cited a vision, agenda, mandate or some combination of the three to justify their actions.

And here’s what they don’t want you to know: the concept of a mandate is fuzzy, foreign to our Canada’s electoral and political system, and a tool of political control. And when politicians employ it, voters should beware: they are about to be taken on a ride.

Can Ford make these sweeping changes, claiming that the reforms will make council leaner, meaner, and run like a corporate board, with those changes coming quickly, without consultation, review, or even so much as a democracy-washing town hall? Well, yes. In Canada, the Constitution clearly assigns cities as “creatures” of the province. They enjoy no protection that would stop Ford’s reforms. But the law and politics aren’t the same, and the premier must also contend with the public. But how will he do that? Quite likely the same way that party after party and government after government and premier after premier before him has: by claiming that he has the right.

In June, voters in Ontario returned 76 Progressive Conservative MPPs to the legislature, giving the Tories a majority government. It’s no matter that the Blue Side secured just 40 per cent of a 58 per cent turnout—that is, 23 per cent support of the province’s citizens. In the Westminster, single-member plurality system that we have had since the 19th century, the party with the most seats tends to form government. Once they do, they are largely free to do what they please within the boundaries of the law—and occasionally just outside them—until several years later, when their heads are placed in the cradle of The People’s guillotine as they face another election. Then the people decide whether to pull the cord.

Until that moment, the head of government and his or her cabinet governs as long as they have the confidence of the legislature. In theory, members can withdraw that support, bring down the government, and usher in a new one through election or selection by the lieutenant governor (in the provinces) or governor general (federally). In practice, that rarely happens. So, governments plod along and along and along and do what they wish, will, or must. This is our grand old system.

But from time to time, this irks citizens who look upon their mighty governments and despair. Usually, this despair comes from the people who were not among the supporters of the winning party, but all the same, it’s at this point that premiers or prime ministers will often pull the mandate card: “We were elected by the people to govern and to implement our vision.” Or “our agenda.” Or “our plan.” Or our “platform.” The language tends to be slippery and sometimes sloppy, though, because the broader “mandate” trope itself is a sneaky mess: The very concept is Play-Doh. It’s malleable, and can be shaped to fit the moment—and made to defend things far outside the intended scope of an election victory.

Kathleen Wynne’s Ontario Liberal government, for instance, did not have a mandate to make Toronto Hydro private—the Liberals merely campaigned on plans to review provincial assets to find money for infrastructure projects—but the sale went ahead all the same.

B.C. Premier John Horgan deployed his “mandate” silver-bullet by saying the NDP’s opposition to the Trans Mountain pipeline was an offshoot of a promise from the 2017 election campaign which, through the act of winning—even though the B.C. Liberals took more seats and votes than Horgan’s New Democrats—empowered them to defend the coast. “We were abundantly clear about our concerns about a lack of federal action to protect our marine environment,” he said, “and we put that question before the public and they spoke.”

Federally, the Trudeau Liberals justified a significant decision in 2015 by pointing to a single plank in their platform: “We made a clear commitment in the campaign to stop the bombing mission by Canadian jets and replace it with a role for Canada that is still a serious military role, but leaned more towards training of local troops to be able to bring the fight directly to [ISIS],” Trudeau said in 2015. “That’s the commitment we made very clearly throughout the campaign and we have a mandate to do that.” And recently, too, Premier Ford told the Prime Minister that the PC leader had earned a mandate to axe the carbon tax. “I have a mandate too,” Trudeau said to CBC Radio at the time, referencing his campaign promise to institute a federal carbon pricing scheme. In fact, neither of them really have one: they do not have unambiguous permission from voters to pursue a plan, because that isn’t how our system works.

Indeed, when it suits a government, they will tell the people that they are doing the people’s business as the people understand it—mostly, in fact, because people don’t seem to understand it. When that happens, bits of what were once part of the “mandate” are dropped—for instance, Trudeau’s promise to reform the electoral system (“We are committed to ensuring that 2015 will be the last federal election conducted under the first-past-the-post voting system”) or Jean Chrétien’s plan to reverse the GST (“The tax won’t be long in place when the Liberals win the next election”). Turns out a mandate is only a mandate when it’s useful.

The reality is that voters rarely select a member of the legislature or support premiers/prime ministers on the basis of a single, coherent, and comprehensive “mandate.” When they arrive at the ballot box, people are not calculative machines who have carefully constructed a spreadsheet of the pros and cons of all the promises and to-do items offered by Party A, B, C, or, god help us, D, and then choose the whole lot as-is. They are happy, or they are angry. They are hopeful, or they are frustrated. They go to the ballot box and, per the design of the system, vote for their local candidate for whatever reason they may have. There will be some policies supported by that candidate and her party they prefer and some they don’t. They may like the leader but not their local candidate, or the reverse. They may vote strategically and they may hold their noses as they do. There’s a lot going on when someone registers a vote, and to say after the fact that “The people have chosen us to fulfill our mandate” is incorrect.

Our system simply wasn’t built and didn’t evolve to allow for mandates. It wasn’t even built for party politics. Residents in a local riding return a representative who supports an executive (premier/prime minister and cabinet) or doesn’t. That representative may end up in government themselves or may end up holding the government to account, but that has nothing to do with any mandate because in Canadian electoral politics there is no such thing as a mandate. There is only government and the confidence of the legislature or its absence.

And as for the people? They’re stuck with the government they return until the next election, unless they can persuade the members of the legislature to withdraw their support, in which case the government may be welcomed into opposition or oblivion.

Whether the leaders’ ideas are good or bad in these cases is moot—it’s the mechanisms by which powerful politicians turn their ideas into policies that is troubling. Citing a mandate and leaving it at that is simply inconsistent with how we do democracy, which is why mandates are sneaky tools for manipulation. Governments should be accountable and responsive to all the people they serve. Merely citing a mandate chosen by some mythical voter runs counter to this democratic imperative. Instead of offering an open, responsive, inclusive politics, when a politician like Ford cites a “mandate,” he is preparing to steamroll through some policy or law by citing some fabricated moral authority. As voters, if we dislike what the premier and his cabinet are doing, we can protest. We can write scathing opinion pieces. We can write to our representatives to voice our displeasure. We can launch court challenges. We can run for office ourselves. We can vote for another party in the next election. We can dedicate ourselves to reforming the system. That is what we can do. And before we start, we can understand how our system works so that we are prepared to counter the sophistry or ignorance of cynical or lazy politicians who dare wield the wobbly sword of the “mandate.”

No, there is no such thing as a mandate in Canada—but there is government by the people. That, however, requires us to own self-government by resisting politicians who would relieve us of our right to resist them.