Opinion: The European Union could soon adopt a slew of restrictive copyright regulations—while Canada, often informed by Europe's policies, considers its own reforms 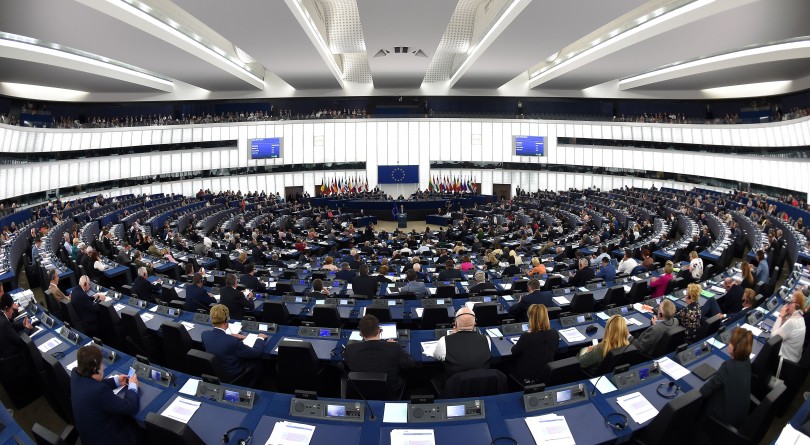 Josh Tabish is a civic engagement and digital policy expert. He is currently a technology exchange fellow with Fight for the Future. Laura Tribe is executive director of OpenMedia, which works to keep the internet open, affordable, and surveillance-free.

Last week, members of the European Parliament voted to advance new copyright regulations that could radically change how 500 million European Internet users create, share, and link to content online, with just one more negotiation phase to clear before a final vote in January. But while these changes were intended to address current, important policy challenges—supporting journalism, combating piracy, and ensuring creators are compensated for their work—they are, like so many efforts to regulate the Internet, a troubling act of restriction, instead.

The current draft of the EU Copyright Directive contains two provisions that have received the lion’s share of criticism. The first is Article 13—the “upload filter”—which would force online platforms like Facebook to surveil and filter all content posted by Internet users for copyright infringement and block any potential offenders. The second is Article 11—the so-called “link tax”—which would charge sites like Twitter or Reddit fees for linking to news sites using snippets of text sourced from articles.

Both proposals have been panned by experts, civil society organizations, tech companies, and Internet users who warn that automated upload filters will censor an extraordinary amount of legitimate content through false positives and abuse by bad actors, and that a Europe-wide link tax will fail once again just as it did when tried in countries like Germany and Spain.

READ MORE: Can the CRTC and the NFB help prevent a global digital-media crisis?

But the problem goes beyond bad policy. As celebrated author and digital rights activist Cory Doctorow writes, the Copyright Directive is “setting the stage for mass, automated surveillance and arbitrary censorship of the internet.” Indeed, if passed, the European Union’s Copyright Directive will spell catastrophe for the free and open Internet—and it will serve as an urgent wake-up call just as Canada begins to rewrite its own copyright rules for the digital age.

Right now, the government is reviewing Canada’s Copyright Act, with two Parliamentary Committees studying what changes need to be made. And while Canadian headlines are regularly dominated by American news and culture, our lawmakers more often look to Europe on where to go next. Just as it did to tackle issues like foreign election meddling, net neutrality, and online privacy, the Canadian government will no doubt be reviewing European policy developments for ideas around content creation and distribution.

That means disastrous proposals like those just advanced in the EU could easily be introduced at the behest of Canada’s legacy media giants, and would restrict how Canadians share and collaborate online. We’re still early in the process, but bad ideas are already popping up; in April, the Canadian Music Policy Coalition pitched the government on a modernized revival of the so-called “iPod tax,” which would charge an additional fee on smartphones paid directly to the Canadian music industry to compensate them for alleged widespread music piracy, forcing all consumers to pay for the sins of a few.

The government is also in the messy process of renegotiating NAFTA, where U.S. officials are pushing for numerous overreaching copyright regulations. These include extending Canada’s copyright terms by up to 25 years—a change that experts estimate would cost the Canadian economy millions of dollars every year—and forcing a new notice-and-takedown system that would compel Canadian Internet service providers (ISPs) to block entire websites from the Internet for alleged copyright infringement without proper judicial oversight.

Finally, the Canadian Radio-television and Telecommunications Commission (CRTC) is expected to issue its decision any day now on a widely criticized proposal from Bell to create a government-backed censorship committee that would force Canada’s ISPs to block websites, again without court oversight. (Maclean’s is owned by Rogers, a competitor to Bell.) The idea has been opposed by scores of independent experts, grassroots organizations, everyday Internet users, and even the UN Special Rapporteur on Free Expression.

There are serious public policy issues around copyright and ensuring fair compensation for creators that require thorough discussion, and we need to be prepared to tackle them. But many of the ideas on offer  are terrible for free expression—yet may seem more palatable to lawmakers given the EU’s decision this week. And while Canadians following the news from Europe this week may think that these terrible copyright laws can’t happen here, we have bad news: they’re already knocking on our door.

Most will agree that the Internet isn’t working as it should, but entrenched interests are clamouring to use that as a reason to lock down the web as we know it. Thankfully, this isn’t a done deal yet. Internet users everywhere can still firmly plant a flag for free expression online, and protect the free and open Internet. But if we don’t take action, legacy media companies could well seize the day and force the web to take a huge step backwards for freedom of expression.

MORE ABOUT THE INTERNET: