Opinion: There are notable differences in Canada's approach to data between the 'new NAFTA' and the TPP, and they may have troubling consequences 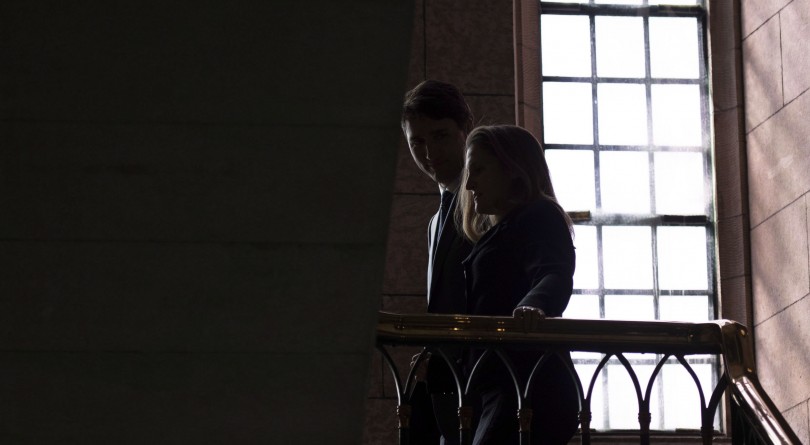 Teresa Scassa is the Canada Research Chair in information law and policy at the University of Ottawa, and is a member of the Centre For Law, Technology, and Society.

The global economy is entering a “fourth industrial revolution,” according to the World Economic Forum—one defined by “a fusion of technologies that is blurring the lines between the physical, digital, and biological spheres.” And through it all, Canada is attempting to find its way amidst these dramatic changes, by launching new programs to stimulate innovation in AI and smart cities while being engaged in public consultations on a national digital strategy.

Enter the USMCA, a trade treaty that replaces NAFTA, negotiated in less than desirable circumstances. In setting parameters for our trade relationship with our most important partner, the United States, the USMCA will inevitably constrain our legislative and policy choices. In some sectors, the trade-offs are apparent and relatively well understood—but this is less so, with digital trade. As the technological ground shifts beneath the feet of all nations, this is a worrisome time to be locking into commitments that may limit our options when it comes to developing our own social and economic strategies for the digital future.

READ MORE: What if the Toronto-Waterloo corridor really becomes a Silicon Valley North?

The importance of digital issues has evolved rapidly. After all, the original NAFTA didn’t even really contemplate digital trade. The recently negotiated Trans-Pacific Partnership (TPP) contains an Electronic Commerce chapter, and the USMCA equivalent is titled “Digital Trade,” signalling the ongoing digital transformation.

Large parts of the USMCA’s digital trade chapter are actually cut-and-pasted from the TPP. However, in some places, the cut-and-paste is more of a collage; in others, there are new commitments that should give us pause.

Take, for instance, issues around data localization, or who owns what data based on where it’s located. Canadians have already shown an interest in having strong “data localization” regulation; when the U.S. government enacted the PATRIOT Act in 2001, concerns arose over the unrestrained access it would give to U.S. authorities over the personal information of Canadians in the hands of U.S. companies, which eventually led the B.C. and Nova Scotia governments to pass laws requiring provincial public sector data to be stored and processed within the country. Data localization issues have also arisen in debates about the proposed Sidewalk Toronto smart-city development, a partnership between Waterfront Toronto and Sidewalk Labs, a branch of the California-based company Alphabet. If fine-grained data about every aspect of urban life is to be collected about a Canadian city and its residents, some argue that it is appropriate to insist that this data be stored and maintained in Canada.

These issues are still up for debate. Discussions around localization may raise issues about the adequacy of Canadian digital infrastructure for the task, for instance, but they do address at least one key aspect of data sovereignty—the ability to control one’s own data. Researchers and policymakers haven’t completely wrapped our heads around when data localization is appropriate or what it should look like—so we should absolutely not be shutting the door on it from the outset.

Yet this is precisely what seems to have happened under the USMCA, more so than in other trade deals. The TPP did not address data localization per se; rather, it contained commitments regarding the “location of computing facilities,” and the core commitment was that the parties to the accord would not make it a condition for conducting business that a company from a trading partner must use or locate a computing facility in their country. Associated provisions, too, created some latitude for imposing regulatory requirements relating to security and confidentiality of computing facilities. The TPP recognized that legitimate public policy objectives might lead a country to require the physical presence of computing facilities in carefully constrained circumstances.

But this moderating language is absent in the USMCA. All that remains is a simple, unqualified bar on requiring the location of computing facilities in a party’s territory as a condition of conducting business. This marks a significant shift from one trade agreement to the next, and it feels very much like a loss of policy options.

At the same time, the USMCA also modifies a provision in the TPP regarding the electronic cross-border transfer of information. Article 14.11 of the TPP begins by recognizing that “each Party may have its own regulatory requirements concerning the transfer of information by electronic means.” This is gone from the equivalent USMCA provision. It signals less tolerance for different approaches to managing cross border data flows.

The TPP also provides that parties “shall allow the transfer of information by electronic means, including personal information” for business purposes. The USMCA changes this to say that “No party shall prohibit or restrict” such transfers. Consider for a moment the smart-city example: If sensors installed throughout a Canadian city capture rich quantities of data about its services, infrastructure, utilities, and the daily activities of its many residents, might we want, as a matter of public policy, to have options to control this data, to restrict some uses, or to require its localization in Canada? While both the TPP and USMCA contain identical language that carves out space for pursuing legitimate public policy objectives, the core commitment in the USMCA is strikingly different in tone and substance.

There may be circumstances in which it will be in our interest to limit the flow of information across our borders, from privacy issues to the fact that in a rapidly evolving data economy, Canadian governments might want to make different choices about important national data resources. Many believe, too, that this “fourth industrial revolution” will be profoundly transformative, requiring approaches to data and technology that are fundamentally different from those we have today. We may be heading into a world of countries that are data-rich and data-poor, creating data landlords and data serfs. The implications are unknown but are potentially enormous. And in the USMCA, it is clear that we are already ceding ground in a new economy we do not yet fully understand—and for which we have yet to establish our own priorities and policies.